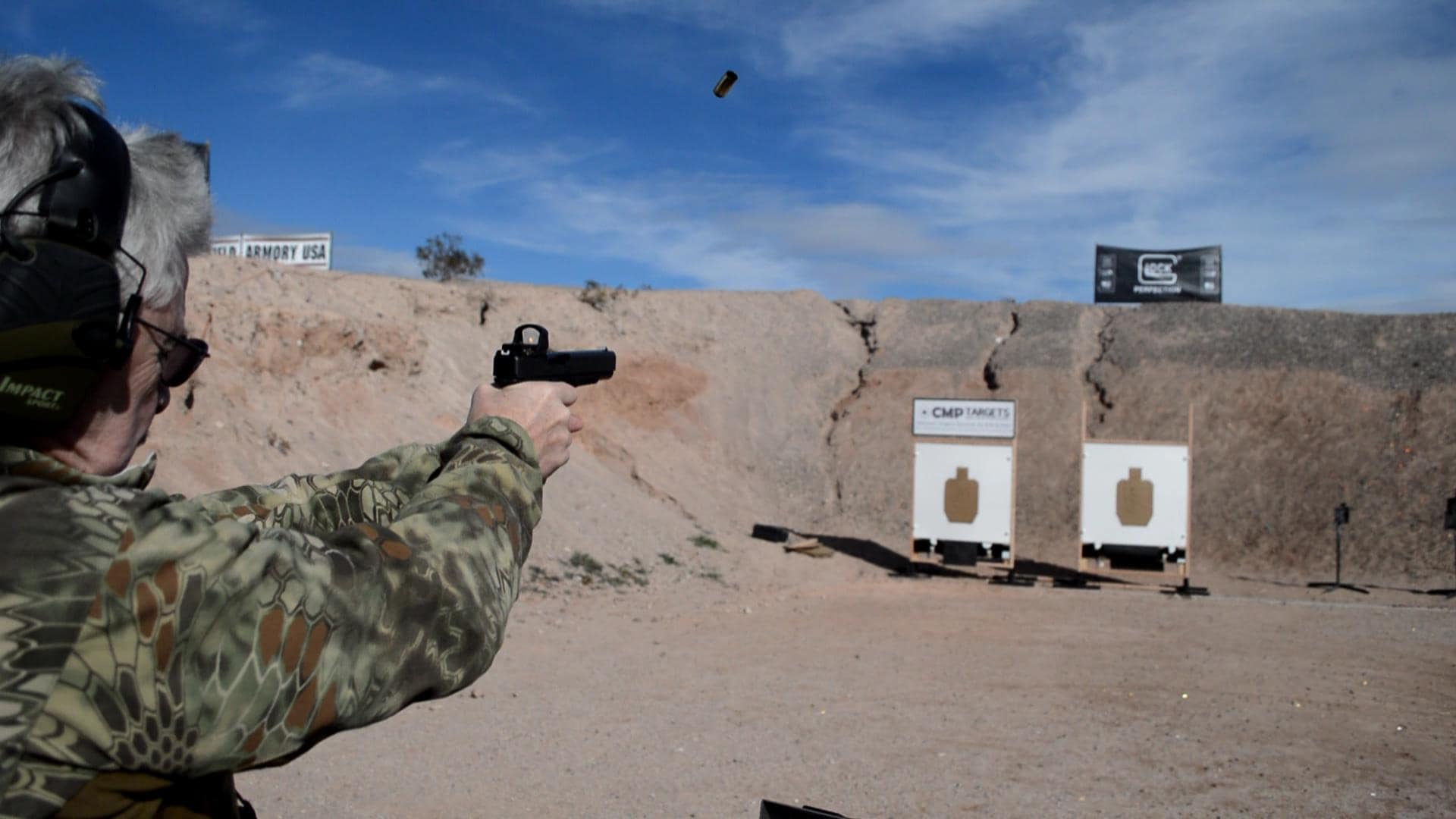 While it’s neither brand new nor earth-shattering, the longslide Glock 40 Gen4 Modular Optics System in 10mm was a favorite at the company’s booth last week during Industry Day on the Range in Boulder City, Nevada.

Though it was introduced in 2015, the G40 has only now begun trickling onto the open market, with demand far overwhelming inventory in most areas. That is slated to change in 2016, the year of optics-ready pistols as Glock also debuted MOS versions of the G17 and G19, adding to the already MOS-ready lineup of G34, G35, and G41. 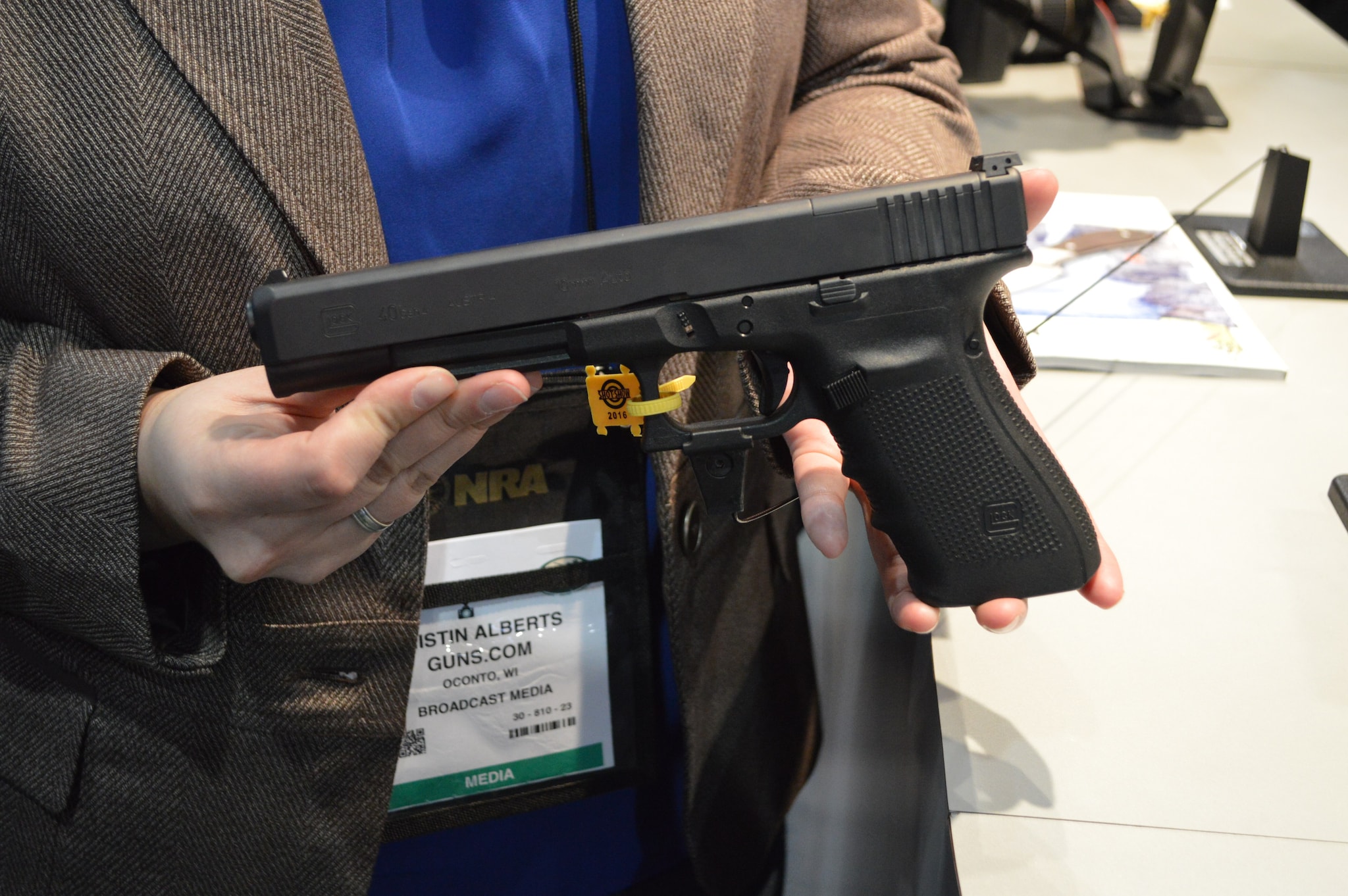 The G40 features a full 6-inch barrel and standard 15-round magazine capacity. Lengthening both barrel and slide not only adds a little velocity to an already stout round, but also improves the sight radius to a respectable eight inches.

Unofficially dubbed “The Hunter,” the G40 is suitable for pistol hunters going after whitetail sized game but really excels on feral hog chases.

Believe it or not, the 10mm G40 may just be Glock’s most well-rounded pistol, as it appeals not only to hunters, but also competition shooters, law enforcement, and recreational shooters alike.

On the range, the G40 proved very manageable, even in its snappy 10mm chambering, as we ran 40-50 rounds through it.

The cutout slide readily accepts most popular micro red dot/ reflex optics systems. All that’s really missing here is a threaded, suppressor ready option. Stay tuned to guns.com for a more in-depth review in the near future and look for the G40 to hit gunstore shelves near you very soon.