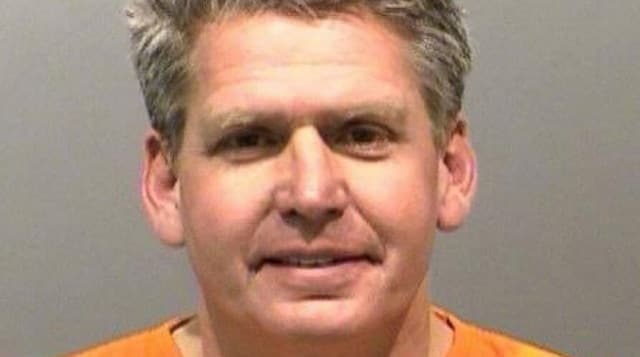 Mugshot of Richard Wyatt from his arrest in April 2015. (Photo: Wheaton Police)

Richard Wyatt, 52, was indicted Feb. 9 by a federal grand jury in Denver on 13 counts of dealing guns without a license, conspiracy, and tax-related charges.

The investigation into the allegations were first made public last April when agents with the Bureau of Alcohol, Tobacco, Firearms and Explosives, and the Internal Revenue Service executed a search warrant at Wyatt’s store, Gunsmoke Guns, in Wheaton, Colorado.

Just a couple weeks after the search, Wyatt was arrested by the Wheat Ridge Police Department for stealing firearms. Authorities said the victim had consigned a rare and antique gun collection with Gunsmoke in 2013, but Wyatt failed to return the items.

A records search shows Wyatt was the subject of a civil forfeiture case filed in September 2015 that was resolved on Feb. 10 and resulted in the criminal charges.

According to the indictment, Wyatt conspired with others starting in February 2012 to sell guns without a federal firearms license, and had to surrender his FFL in April 2012 for violating federal laws and regulations. Yet, Gunsmoke continued to sell and advertise the sale of firearms and provide gunsmithing services after losing the license.

Wyatt never applied for another license and instead changed the address of a licensed store, Triggers Firearms LLC, to Gunsmoke’s by submitting false paperwork to the ATF, the indictment says. He continued operating Gunsmoke with a straw licensee.

According to the indictment, the day after Wyatt lost his FFL, he held a meeting with his employees and described how he wanted to run the business. He told them to enter gun sales as “miscellaneous” sales in the store’s system. To perform background checks before a gun sale, which is required of an FFL, he had employees direct customers to other licensed stores where they would fill out ATF forms and obtain their guns. 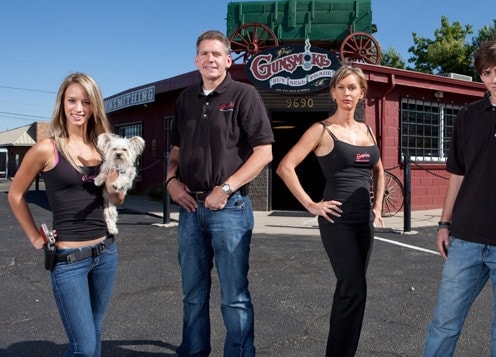 From April 1, 2013, to March 31, 2015, no other person was licensed to engage in the business of dealing in firearms at Gunsmoke. Still, Wyatt’s business facilitated firearm transactions and posted video promotions for gun sales and services, which starred Wyatt, the indictment says.

Wyatt starred in American Guns on the Discovery Channel from 2011 to 2012. For 26 episodes, the show documented him and his wife and teenage daughter as they operated Gunsmoke and engaged in other shenanigans. A son also made appearances.