Something for a rainy day: The .410 umbrella gun 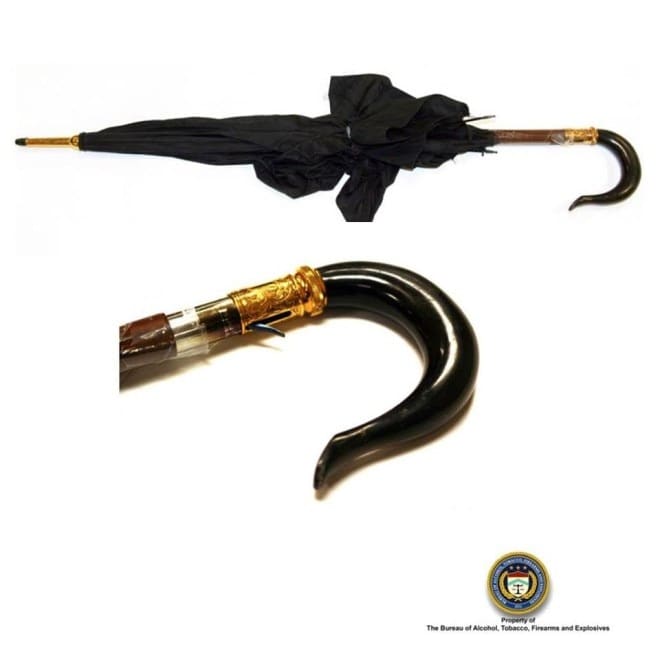 Back in 1985, J. Wilson and company made a series of handy little umbrellas that held a big surprise.

Complete with a carved horn handle and trompion as well as gilt mounts with extensive inlays, the working umbrella’s shaft was a .410 shotgun with a 3-inch chamber and 26-inch barrel. Overall length was just over three pounds which is a bit chunky for a rain shelter but pretty light for a .410.

If you note in the close up, the handle slides back to reveal the chamber for the shell and the guardless trigger pops out from within.

While umbrella and cane guns are far from a new concept and these Wilson scatterguns pop up 0n the collector’s market from time to time (one was just sold in the UK by Christie’s for $841), this particular example shown above is in the Bureau of Alcohol, Tobacco, Firearms and Explosives firearm reference library of more than 15,000 firearms.

As noted by the ATF, “this working reference collection contains everything from homemade single-shot devices crafted from writing pens, to machine guns from bi-planes used in World War I.”