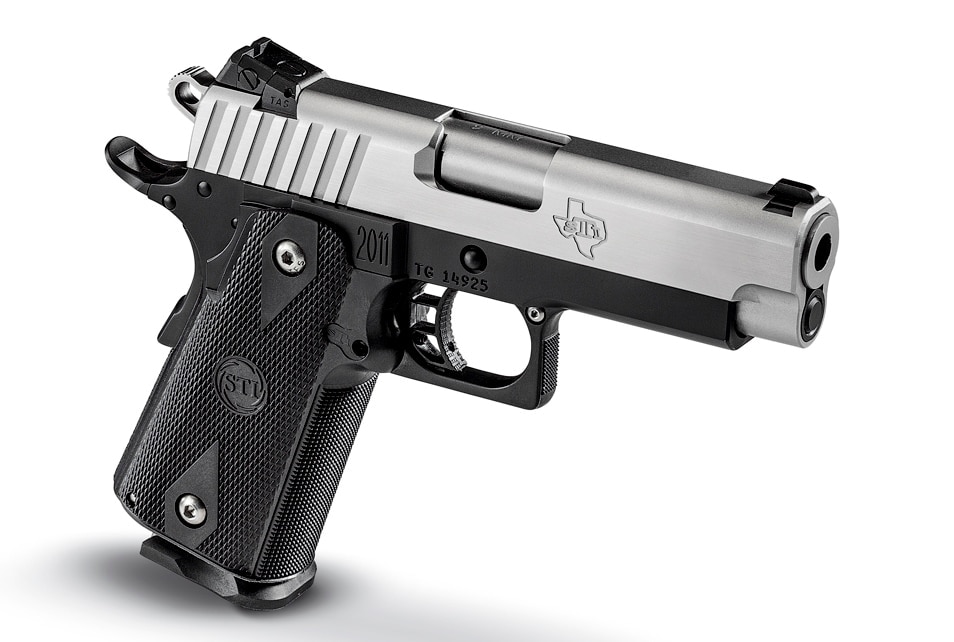 Texas-based STI announced this week a new pistol for 2016. The producer of popular competition 1911-platform handguns now seeks to satisfy the concealed carry market with the Guardian, a 9mm in what the company calls the 2011—its line of double stack, otherwise 1911-style pistols.

As part of the 2011 line, the Guardian should hold up to high round-count practice with its steel-injected, recoil-absorbing glass filled polymer, modular grips.  These should also serve to reduce overall weight, along with the shortened grip that facilitates concealment.

STI’s 2011 line retains the 1.3-inch width of a traditional 1911, while the grip is 0.25 inches wider to accommodate the larger magazine.

While this new design is friendlier for concealment, it’s not friendlier for the left-handed.  The traditional one-side-only safety lever remains unchanged.  The 17-degree grip angle also matches the original 1911 style.  MSRP is $1,899.