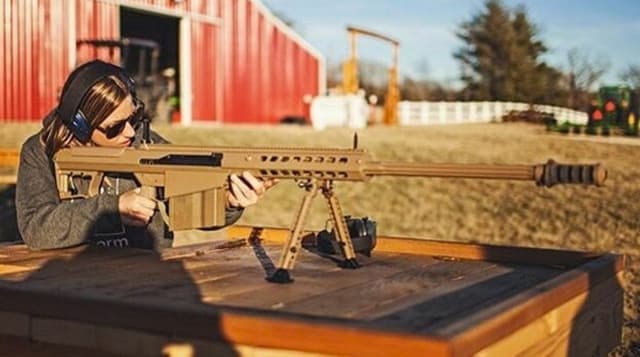 The Barrett M82/M107 rifle set up on a bench at what appears to be a farm. (Photo: Facebook)

A Barrett .50-caliber sniper rifle as of Wednesday is the official rifle of the State of Tennessee.

The state Senate approved the bill with 27-1 votes this week, which the House approved the measure last spring with a majority vote.

The legislature wanted to honor the M82/M107 rifle, the first successful .50-cal semi-auto rifle to be used in active military service. Since its inception more than 30 years ago, the weapon has been adopted by more than 50 countries.

The company, Barrett, was founded in 1982 and headquartered in Christiana, Tennessee. The designer of the now iconic rifle, Ronnie Barrett, was also born and raised in Tennessee.

Democratic Sen. Jeff Yarbro of Nashville cast the lone ‘no’ vote, arguing that the state shouldn’t endorse a private company, the Associated Press reported. He told the outlet lawmakers wouldn’t want to choose between other Tennessee-made products like Jack Daniel’s and George Dickel as the official whiskey.