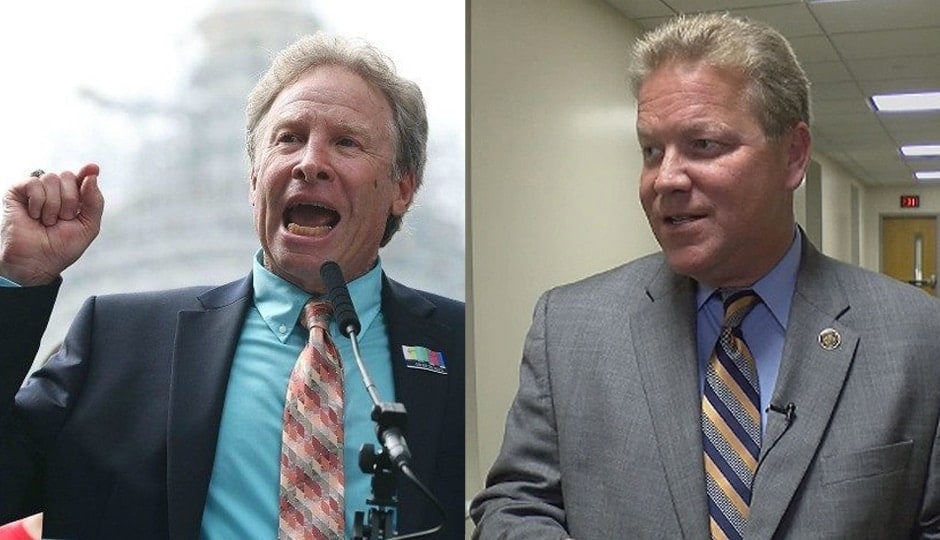 Editor’s Note: It has come to my attention that the newspaper column I cited for this post was a satirical poke at the feud between Andy Parker and Sen. Bill Stanley, though it wasn’t labeled as such. I only found out after being mentioned in a mocking tweet. Yes, it’s my fault for assuming a legitimate newspaper would run a satire column without clearly labeling it as such. Yes, I’m a little bitter, but will try to get over it. I should have known Stanley wasn’t that funny, with all due respect to Parker.

A special prosecutor has been assigned to handle the case involving alleged threats made by a gun control advocate against a pro-gun Virginia state senator.

Andy Parker, father of the TV news reporter who was gunned down by a colleague during a live broadcast in August, reportedly wrote a Facebook post addressed to Sen. Bill Stanley, saying, “I’m going to be your worst nightmare you little bastard,” which Stanley took as a threat against himself and his family, he told the prosecutor, according to documents obtained by the Roanoke Times.

Parker, who vowed to champion gun control and take on the National Rifle Association, has since said he only meant the comment in political terms.

The prosecutor asked Stanley what he did after discovering the comment online.

“First I locked all the doors. Then I put on a bulletproof vest. After I calmed down, I called Capitol police and the Franklin County sheriff and reported it. Then I got an application for a concealed carry permit,” Stanley said in front of a jury.

The Virginia senator then claimed he had two nightmares about Parker, who ran against the .

“I had this one where Andy was in a lab down in Martinsville, and he accidentally got irradiated by a particle beam. And suddenly he sprouted muscles, and … and his skin turned bright green, and he grew to 25 times his normal size. And he headed for my house, on foot. He was real mad. And every step he took with those giant green feet made the ground tremble and shake, like an earthquake,” Stanley said, to which the prosecutor responded his dream sounded like a scene from “The Incredible Hulk.”

Stanley then entertained the prosecutor’s next question about whether that was the only nightmare he’s had about Parker.

“There was another where I dreamt that I arrived home in the evening, and the house was empty and dark. But I could hear water running on the second floor. So I went up to the bathroom, and I could see a shadow behind the shower curtain. I yanked it aside, and there was Andy Parker, wearing a wig, with a huge butcher’s knife in his hand. And he raised it up high. At that point I woke up in a cold sweat. All the sheets were damp,” Stanley said.

“All I know is, Andy Parker promised in writing to be my worst nightmare, and it came true. Now I’m half-scared to go to sleep,” Stanley said.

Parker also threatened to beat Stanley’s “little ass with my bare hands,” according to an October Facebook post, to which the senator said he would meet Parker’s presence with a “face full of my Glock.”

The verbal sparring drew the attention of gun control groups and from Democratic Gov. Terry McAuliffe, who during a radio appearance told Stanley to “man up.”

The phrase was repeated by jury members during the special prosecutor’s questioning of Stanley.

“Andy Parker apologized months ago. This should have been over before Christmas,” said one jury member.

“I agree. Sen. Stanley, you need to man up,” said another.