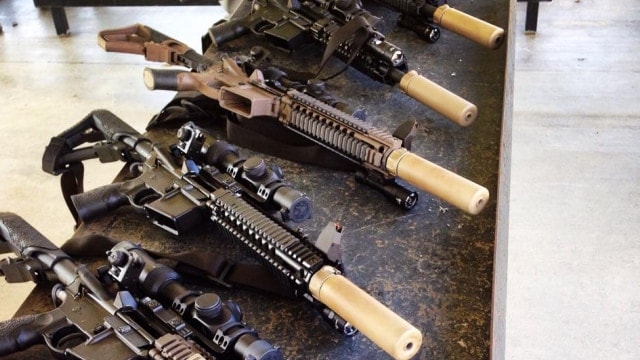 A Utah Congressman has introduced a proposal to lift the U.S. State Department’s ban on the commercial exportation of suppressors overseas.

The Arms Export Control Act, signed by President Ford in 1976, gives the State Department the authority to regulate the exportation of “defense articles,” including firearms and firearm parts.

Administered through the International Traffic in Arms Regulations, the Cabinet-level department has long frowned upon sales of National Firearms Act items such as suppressors unless they are to approved foreign militaries.

This, contends at least one lawmaker, is cutting American industry short.

Rep. Chris Stewart, a Utah Republican, along with 17 co-sponsors, introduced the Suppressor Export Act of 2016 on Friday to mandate the State Department allow commercial sales of the sound moderating devices and their components to nations that have a lawful market for them.

“The United States should be cautious when exporting weapons and accessories, but there is no reason for a blanket ban on the export of suppressors, which are used for hearing protection,” Stewart said in a statement. “There is a global demand for quality American-made suppressors, and American businesses should be able compete in certain markets around the world.”

Several countries such as New Zealand, Norway and the UK allow for personal suppressor ownership and use, and indeed even have little to no regulation on silencers, but U.S.-based manufacturers are shut out of these well-established commercial markets due to current regulations.

The legislation would not override ITAR regulations on shipping to countries on the State Department’s “hot-list” such as Cuba, Iran, Libya, North Korea, and Vietnam or those with recognized arms embargoes like Myanmar and Liberia.

The reasoning behind the administration’s prohibition, according to the industry trade group for suppressors, is shadowy.

“We know that the blanket prohibition is based on a single misguided internal memo within the State Department from 2002,” Knox Williams, president and executive director of the American Suppressor Association told Guns.com in an email. “In January of 2015, we submitted a Freedom of Information Act request to view the memos, but the State Department never responded. While they may be willing to sacrifice domestic manufacturing jobs, we are not.”

Williams says these overseas markets cater primarily to target shooters and hunters, and represent a major growth opportunity for the rapidly expanding domestic suppressor industry, which in the end, will create vital manufacturing jobs.

“Rep. Stewart’s Suppressor Export Act will give American manufacturers the opportunity to compete in established foreign marketplaces for the first time,” said Williams.

The bill is listed as H.R. 5135 and is awaiting committee assignment.