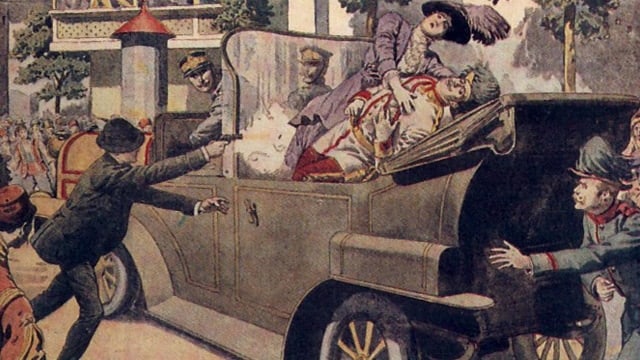 A contemporary painting depicting — rather sensationally — the murder of Archduke Franz Ferdinand and his wife, Sophie. (Photo: The Smithsonian)

On June 28, 1914, Archduke Franz Ferdinand of Austria and his wife Sophie, the Duchess of Hohenberg, were shot and killed as they were riding through the streets of Sarajevo (after having survived a previous assassination attempt earlier that morning). The assassin’s actions, this time a man named Gavrilo Princip, signaled the start of World War I.

Over one hundred years later a renewed interest in WWI has left many still wondering, who was Princip, why did this assassination ignite the most brutal global human conflict to ever and what happened to this infamous gun? 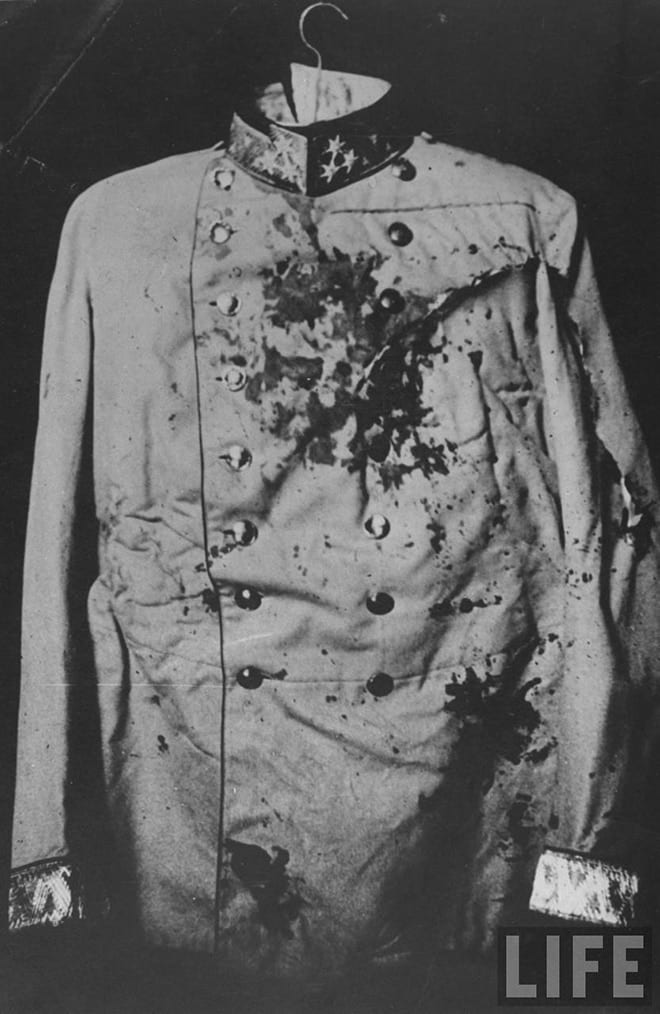 While historians agree that the Archduke’s assassination touched off the tragic chain of events that lead to a conflict that engulfed significant parts of the world, most will also note that the Great War’s true origins lie rather in the intricate web of alliances and counterbalances that started developing between various European powers around 1870.   By the first decade of 20th century emerging national identity politics, economic interests, and strife over cultural diversity stressed this delicate diplomatic mechanism to the point of fracture, and contemporary thinkers viewed war as inevitable even despite the assassination in Serbia.

Gavrilo Princip was a Bosnian Serb, born on July 25, 1894. Politically, he was a Yugoslavian nationalist, involved with the Mlada Bosna movement, which literally means “Young Bosnia”. Through philosophical associations (both demanded independence from all other European powers of the time) this group is often linked to the “Black Hand”, a secret military society within the Serbian Army.  He was also an atheist, who thoroughly believed that history could only be changed through the actions of men.

Princip wanted complete independence for his country in the wake of annexation by Austria-Hungary: Bosnia-Herzegovina had been declared a part of the Austro-Hungarian empire by Emperor Franz Joseph on October 6, 1908, a move that was vehemently opposed by the Slavic people of southern Europe as well as the Russian Czar.  This motivation makes Princip a more sympathetic (and controversial) figure in some modern countries and today a memorial to Princip stands at the location in Sarajevo where he fired those fateful shots. 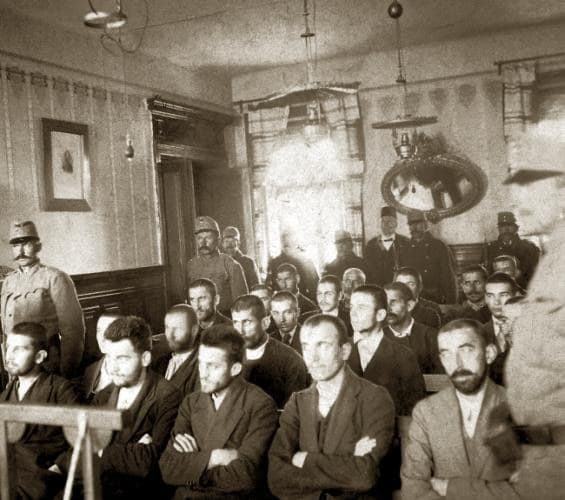 The assassins on trial in 1914. (Photo: Wikimedia Commons)

Princip and his five co-conspirators were arrested and soon hanged. Prior to their executions they implicated several members of the Serbian military which led Austria-Hungary to issue a demarche to Serbia known as the July Ultimatum. The ultimatum was rejected out of hand by the Serbians, hence the start of hostilities that would quickly engulf Europe and beyond.  After over eight million men were cut down in their prime, the war ended on November 11, 1918 with the signing of the Armistice. But what happened to the weapon Principe used?

Princip fired a Browning FN Model 1910 twice at the couple from a distance of only five feet. Franz Ferdinand was hit in the neck and Sophie, who covered his body with her own, was hit in the abdomen.

They both died before 11:00 that morning and the Browning pistol was taken into police custody. Following the trial and eventual hanging of Princip and his five co-conspirators, reports indicate that the pistol was then given to a Jesuit priest by the name of Anton Puntigam, who administered the last rites to Franz Ferdinand and his wife. Puntigam planned to open up a museum to display the pistol soon after the shooting however these plans were put on hold with the start of the war, then never realized after the priest died in 1926. 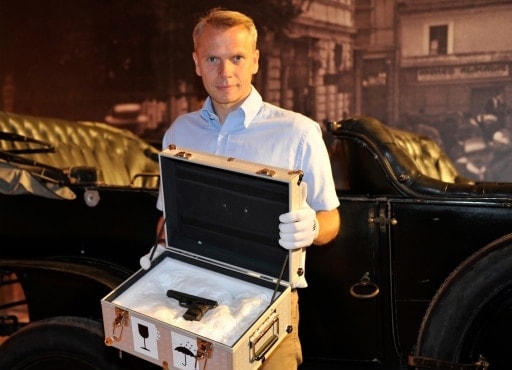 The Browning, however, stayed in the Jesuit community house in Austria and it was for the most part forgotten about until the 90th anniversary of the assassinations rekindled some interest. It is now on display in the Vienna Museum of Military History where it is touted as the gun that killed 8.5 million people.

The Browning FN Model 1910 was a departure for the popular gun manufacturer.  Colt apparently didn’t want to produce it, so Browning made the decision to patent and produce the design only in Europe. Before this, his designs were produced by FN in Europe and by the Colt Firearms Company in the United States.  It was introduced in 1910 and used a novel operating spring, which surrounded the barrel.

That location led to other unique designs, such as those found in the Russian Makarov and the extremely popular German Walther PPK. The weapon incorporated the standard Browning striker-firing mechanism, as well as a grip safety along with a magazine safety and an external safety lever known as the “triple safety” mechanism. The pistol came chambered in both the .380 ACP with a six-round magazine, and the .32 ACP with a seven-round magazine. Those two calibers remained in production until 1983. 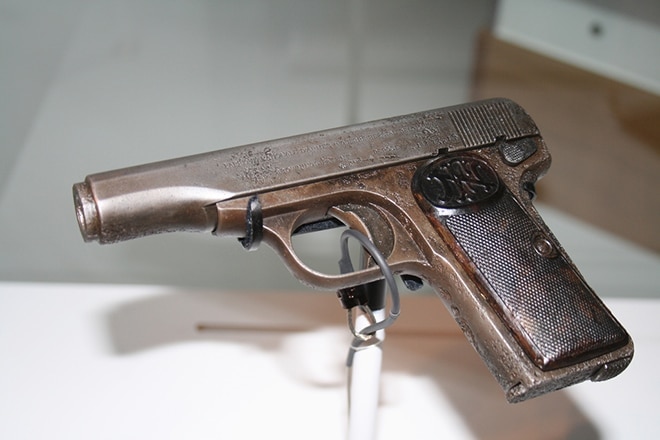 A member of the Black hand purchased four FN 1910 pistols in Belgrade, all in .380 caliber, for the plot. Early sources erroneously reported the gun to be a FN Model 1900 in .32 caliber, leading to modern confusion over which caliber was used during the shooting. The actual weapon used to assassinate Archduke Franz Ferdinand and his wife holds the serial number 19074 and was available for sale for just a few hundred dollars in 1992.

Guns.com originally published this article on Aug. 2, 2011 as “The Browning FN Model 1910: The gun that killed 8.5 million people”. It has been edited for content.