Feds propose to open new areas to hunters, some for the first time 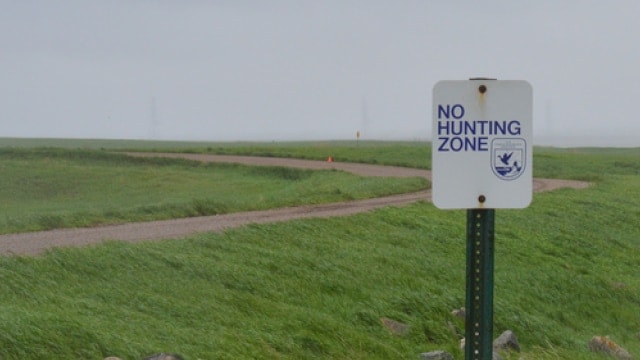 The U.S. Fish and Wildlife Service this week proposed to expand hunting and fishing at a baker’s dozen national wildlife refuges in nine states.

Among the changes would be to open the 92,500-acre Baca National Wildlife Refuge in Colorado, established in 1952, to hunters for the first time as well as increasing hunting opportunities in Indiana, Louisiana, Michigan, New York, Oklahoma, South Carolina and Texas.

“The highly successful North American model of wildlife conservation is founded on our nation’s great hunting and fishing heritage,” said U.S. Fish and Wildlife Service Director Dan Ashe in a statement emailed to Guns.com. “This tradition was the primary driver behind the creation of the Refuge System that has since set aside millions of acres of land for the conservation of all wildlife, and so where it is compatible with refuge management goals and other recreational activities, we are pleased to be able to expand hunting and fishing opportunities.”

There are some 560 refuges in the National Wildlife Refuge System – a network of lands set aside and managed by USFWS specifically for wildlife. Hunting, within guidelines, is currently permitted on 336 of those areas.

In the Sportsman’s Paradise of Louisiana, the 15,000 acres of Atchafalaya Refuge would expand big game hunting while the smaller Black Bayou Lake Refuge would see multiple expansions on both hunting and fishing.

According to USFWS surveys and data, some 90 million Americans, or 41 percent of the United States’ population age 16 and older, pursue wildlife-related recreation to the tune of some $144 billion in 2011, and the numbers are rising.

The trade industry for the firearms industry, along with lawmakers and conservation groups, has for years sought to have public areas closed to hunting and fishing opened. Legislative efforts have called on not only USFWS but also on the U.S. Forest Service and the Bureau of Land Management to support and facilitate public use and access for hunting, fishing and recreational shooting unless there are good reasons to close these areas.

“It is welcome news to hear that the USFWS has proposed an expansion of hunting and fishing at selected National Wildlife Refuges throughout the country,” Lawrence G. Keane, National Shooting Sports Foundation senior vice president and general counsel, told Guns.com Thursday. “An estimated 20 million Americans are hunters. Providing access to National Wildlife Refuges, which hunters support in part through purchases of national duck stamps, is important to the future of hunting and conservation.”

USFWS will accept public comments through Aug. 15 on the proposal.