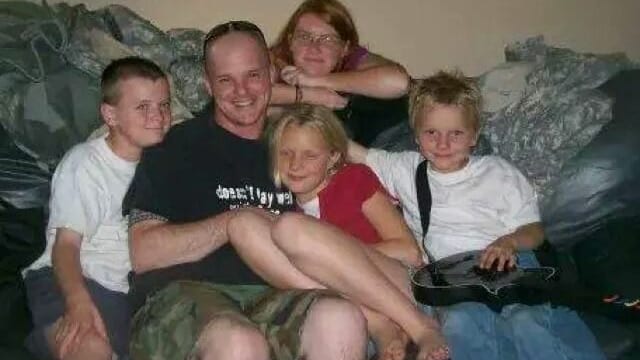 Charles Vacca with his four kids in an undated photograph.

The family of the instructor killed in 2014 when a 9-year-old girl lost control of a machine gun filed a wrongful death suit last week against the Arizona range that employed him.

The lawsuit says Bullets and Burgers acted negligently by “creating an unreasonably dangerous and unsafe environment” that permitted incidents like the one in which 39-year-old Charles Vacca was killed.

“The uzi was not a safe or appropriate weapon to entrust to a 9-year-old girl like the Child Shooter,” the lawsuit says and alleges the business selected the gun for the girl but did not properly instruct her on how to use it.

Also, the lawsuit says Bullets and Burgers did not properly train or create safety protocols for its employees to prevent such incidents from happening.

As a result, Vacca’s death has left an emotional and financial void in the lives of his wife Stephanie Vacca, who filed the suit, and their four kids, the lawsuit says. The Vaccas are seeking an unspecified sum in damages.

The August 2014 shooting sparked a national conversation about children handling automatic weapons. Authorities released video showing Vacca standing beside the 9-year-old who sports a French braid and pink shorts as she aims downrange. When she pulls the trigger, the muzzle rises, but the video cuts out before Vacca is struck in the head. He died of his injuries later that night.

Following the incident, the range said that the girl was permitted to shoot the Uzi because she met the business’s minimum age requirement and her parents gave their consent. Authorities ruled the incident an accident and did not charge the girl for the crime.

Days after Vacca’s death, a spokesman for Bullets and Burgers told interviewers that the company was reviewing its policies to see what could have been done, if anything, and that no injuries or deaths had occurred before the incident. It’s unclear if any changes were made.

According to reports, Vacca had served in the U.S. military and worked for Bullets and Burgers for at least 18 months before his death.

On the one year anniversary of his death, Vacca’s kids launched a petition to raise awareness and advance legislation to put age restrictions on the use of automatic weapons.