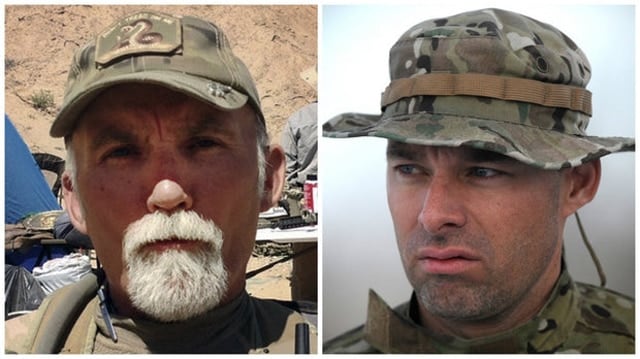 Two men have pleaded guilty to their role in the 2014 armed standoff against federal officers over Nevada rancher Cliven Bundy’s cattle.

Gerald A. DeLemus, 61, of Rochester, New Hampshire, and Blaine Cooper, 36, of Humboldt, Arizona, entered a guilty plea to their charges in a Nevada federal court, the Justice Department announced Friday.

Cliven Bundy’s decades long conflict with the federal government came to a head in March 2014 when officers with the Bureau of Land Management and National Park Service tried to seize his cattle grazing on federal land. The feds say he had been trespassing and refused to pay grazing fees for more than 20 years. In turn, a federal court issued orders authorizing law enforcement to round up the cattle.

About a month later, on April 12, 2014, Bundy and an assortment of armed protestors led a massive assault against the officers, which forced them to abandoned their orders, the Justice Department said.

Responding to a personal request from Cliven Bundy for more “bodies,” DeLemus arrived at the Bundy Ranch in Bunkerville, Nevada, with men and guns on April 13, 2014, according to DeLemus’ plea agreement.

For several weeks, DeLemus acted as a security guard for Bundy and other conspirators, organized and led other gunmen on patrols and manning security checkpoints, called for others to travel to Bunkerville, and displayed firearms and made public statements to show and threaten force.

A political activist, DeLemus was appointed as a chairman for Veterans for Trump, an organization that launched after Republican presidential nominee Donald Trump saying U.S. Sen. John McCain was not “a war hero because he got captured. I like people who weren’t captured.”

According to Cooper’s plea deal, he knew of at least one member of the conspiracy who assaulted a federal officer by brandishing a gun in order to intimidate and instill fear. He also admitted to helping plan the standoff by recruiting others to confront and interfere with federal law enforcement.

DeLemus and Cooper are the first of the 19 defendants in the case to plead guilty for their roles in the standoff. The 17 others, including Cliven Bundy and his sons Ryan and Ammon Bundy, face trail in February.