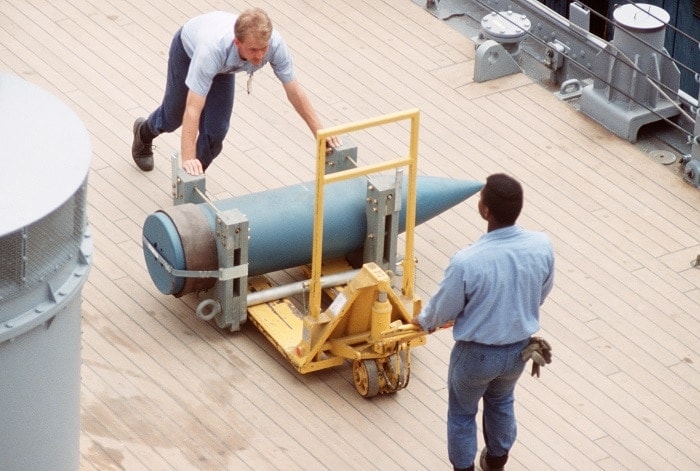 Crewmen load a 16-inch shell aboard the battleship USS WISCONSIN (BB 64) as the vessel is readied for sea trials (Photo: National Archives)

The Army for the past couple months has been looking for vendors interested in getting rid of possibly the largest cache of battleship food still in existence.

While it would seem like the Navy would take point on this one, the U.S. Army Contracting Command in Rock Island, Ill., in as part of the Joint Munitions Command is announced in August they were looking for potential sources who possess the expertise in demilling and disposing of 15,595 surplus 16″/50 caliber shells currently being stored at the Crane Army Ammunition Activity in Indiana.

The shells are all for the Iowa-class battleships, commissioned in World War II and brought back by popular request for Korea, Vietnam, Lebanon and the Persian Gulf wars.

Decommissioned at the end of the Cold War, by 2012 all four ships of the class (Iowa, New Jersey, Missouri and Wisconsin) were transferred to various museums around the country. Some shells belonged to even older North Carolina and South Dakota-class ships. 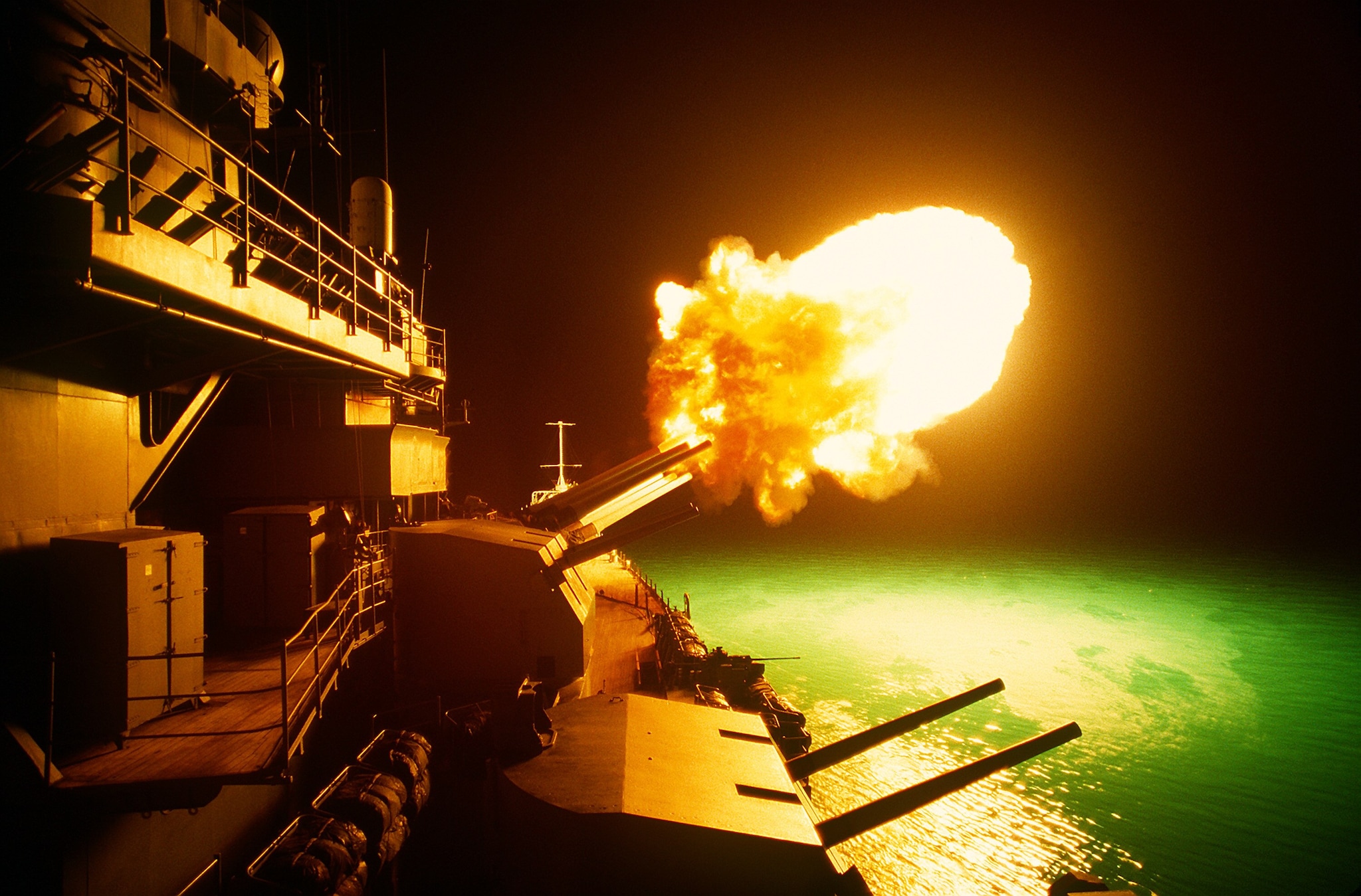 However their huge shells, some weighing as much as 2,700-pounds each– or about as much as a compact car–remain in the arsenal. While these behemoths were propelled by 110-pound silk bags of smokeless powder (up to six at a time for maximum range), the shells themselves were filled with tracer (for practice), as many as 666 Comp A5/RDX grenades (for armor piercing rounds) or as much as 154-pounds of Explosive D (for bursting).

“Methods and degree range from removal and destruction of critical features to total destruction by cutting, crushing, shredding, melting, burning, etc,” reads the request. “Demil is required to prevent property from being used for its originally intended purpose and to prevent the release of inherent design information that could be used against the United States.”

The period for those interested in the work ended last week, but the Army cautions that the “research is for planning purposes only…”

The largest gun in current service is 155mm (6-inches) which is relatively puny compared to the 16 inchers of the battlewagons.