Mobile app and website guide Texans away from anti-gun businesses 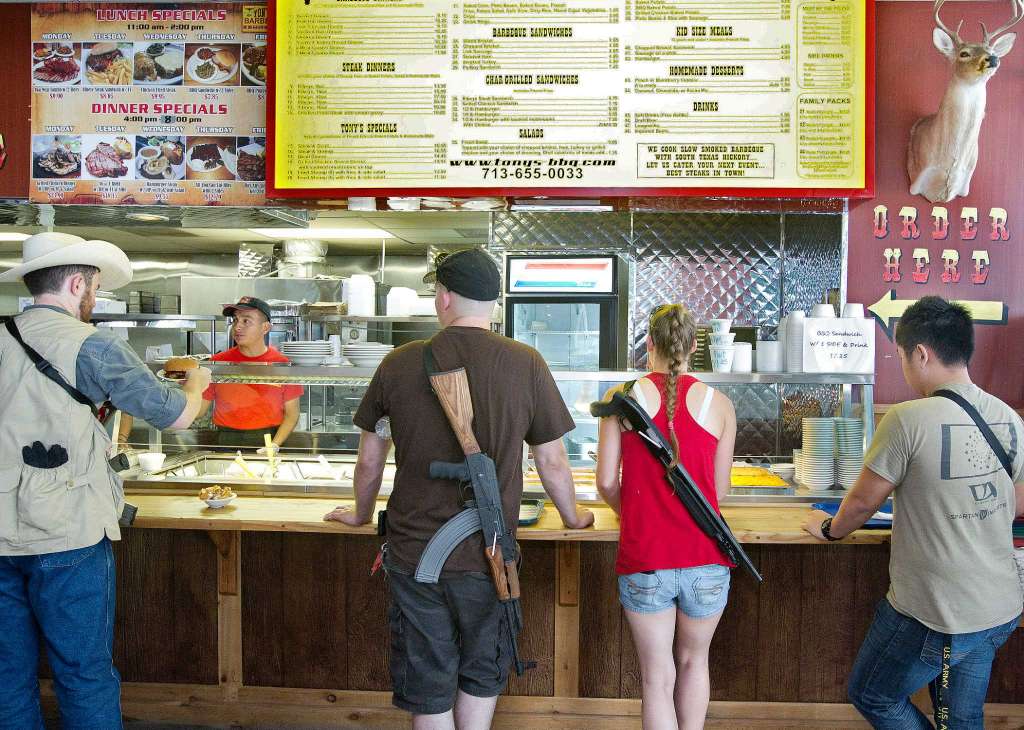 Texas3006.com gives Texans the tools to report non-gun friendly businesses through its website and mobile app. (Photo: Johnny Hanson via the Houston Chronicle)

Gun owners in Texas now have a better means to keep track of anti-gun establishments through a  website and mobile app called Texas3006.

With 12,000 users as resources, the site and app allow gun owners to report non-gun permissive environments within the state. The site has logged 9,500 entries so far. The watchlist, which notifies those who register of newly posted signs, has sent out over 150,000 notices this month alone, founder Russell Jones told Guns.com.

All this attention, he says, serves a dual purpose — helping Second Amendment supporters while bringing negative attention to anti-gun businesses.

“Texas (license to carry) holders really needed a place for reporting and retrieving businesses and other facilities that deny our right to defend both ourselves and our families from criminals; the same criminals that by definition don’t care what the laws say,” Jones said. “As a result, texas3006.com also became a great resource for which businesses do and don’t believe in your self defense and 2nd amendment rights. A 30.06 sign is a great way to tell the LTC community ‘We don’t want your money!’”

The Texas3006 name came from one of the three types of non-permissive signs seen in the state. The 30.06 restricts concealed handgun carry inside businesses with the sign displayed. The 30.07 restricts permit holders from openly carrying a handgun inside a premises. The 51 percent sign informs patrons that 51 percent of a business’ revenue is obtained through alcohol; thus prohibiting licensed permit holders from entering while carrying their gun.

Prior to starting the website, Jones said permit holders were left to navigate through a sea of unfriendly restaurants and shops on their own.

“I created texas3006.com right after I first got my LTC. I noticed that there was a big lack of information on which businesses posted 30.06 signs; back then, the only way to know if a business was posted was to go in person and hope that they weren’t or you had a long walk back to the car ahead of you,” he told Guns.com.

The Texas3006 website features a series of categories allowing users to narrow down search results. Restaurants, gas stations, gyms and retail outlets are just a few of the selections advising gun enthusiasts on where they can legally carry.

The site’s success led Jones to venture into the mobile world adding an app for smartphone users. Jones said the innovation isn’t stopping there. He and his developers are constantly working to improve user experience and have some upgrades planned for the future.

“We are constantly improving the site and apps and have some neat features planned in the future,” Jones said. “I encourage every Texan who believes in their right to self defense and ‘voting with your dollars’ to sign up on the website, setup your Watchlist, and download and use our free apps! The more we work together for our own safety, the more businesses will sit up, take notice, and stop creating sitting duck zones!”

The app is available for download on Google Play and iTunes.