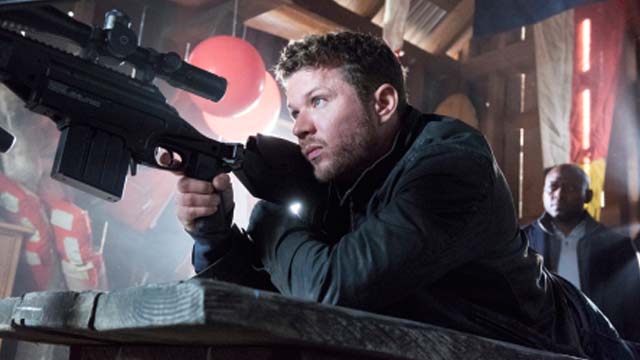 Actor Ryan Phillippe discussed shooting technique as well as policy issues as he plugged his new action show “Shooter” in an interview with The New York Times.

For the show, Phillippe practiced long range shooting in preparation for the character Bob Lee Swagger, a Marine sniper framed for murder, in Camp Pendleton with some of the Corps’ finest marksmen.

Phillippe described the Zen-like approach he learned to tackle the practical challenge. “The breathing is absolutely essential,” he said. “You have to gently pull the trigger at the very bottom of your exhale because even your heartbeat can throw off the accuracy of the shot at that distance.”

As for gun control, Phillippe said he agreed with gun laws like background checks and regulations for automatic weapons. But he said it isn’t so cut and dry. In big cities, he said it’s easy for people to say not everyone should have guns.

“But there are a lot of people in rural communities that might be 20 minutes away from a police station or an ambulance. So how are you going to tell somebody like that that they can’t?” he said. “There are many different realities and you can’t apply your worldview to all of them. It’s just not fair.”

The television show is an adaptation of a book and movie of the same name. “Shooter” was set to debut in July, but was postponed twice in the wake of mass shootings in Dallas and Baton Rouge. It debuted on Tuesday.