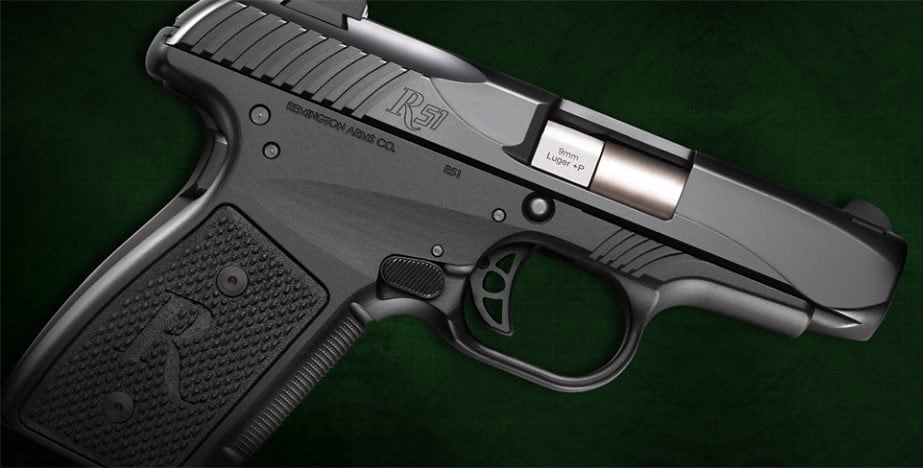 The new version of the Remington R51 pistol introduced in August 2016. (Photo: Remington)

A personal injury case that challenged the first iteration of the Remington R51 handgun design has been dismissed from an Idaho federal court.

A federal judge signed an order Tuesday in which both parties agreed to settle the case and pay their own court costs.

The lawsuit alleged the R51 pistol, which Remington recalled because of performance problems, was manufactured with a safety defect that would allow it to discharge during basic handling.

The plaintiff, Richard Corbett, was injured when his model accidentally discharged when he inserted a magazine, according to court documents. He said the safety was engaged and he did not pull the trigger.

The lawsuit, in an amended complaint, also alleged Remington violated its own warranty. However, Remington filed its motion to dismiss after introduction of the allegation and the company prevented the case from entering the discovery stage.

Remington recalled the R51, a subcompact pistol tailored for concealed carry, after a year in commerce with the company citing performance issues rather than safety issues. But the gun maker resumed production earlier this year, saying it had re-engineered the design.