They may have been the new kids on the block at the 2017 SHOT Show Industry Day, but Hudson’s striker-fired 9mm with 1911 roots has been years in development.

Prefaced by a quiet build up over the past few weeks via social media, the H9 melds a full-sized 9mm semi-auto to a striker-fired pistol with a crisp 1911 trigger that has a .115-inch travel. But the innovative handgun with its cyberpunk panache didn’t just hatch fully formed from an egg last month.

Holding up their initial rough prototype lovingly called “The Brick,” Hudson explains the concept that was the guiding light for the veteran and female-run small business based in Temple, Texas. 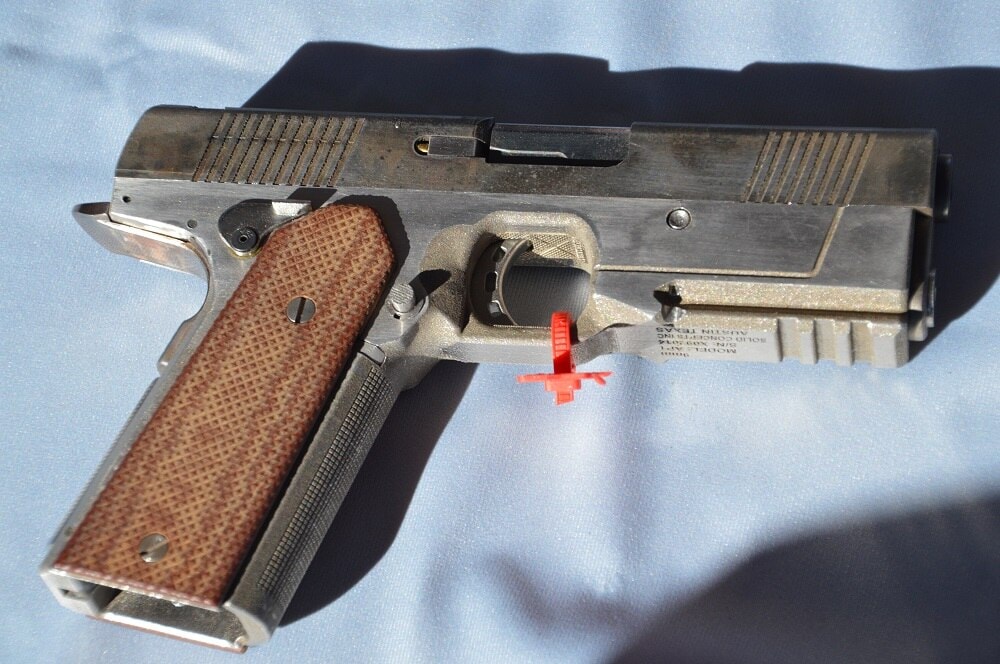 “The Brick” was the first step in the evolutionary chain that ended with the production H9 (Photos: Chris Eger/Guns.com)

“We really wanted to integrate a 1911-straight pull trigger with striker-fired reliability,” said Hudson, going on to explain they resisted bringing the gun to market before it was ready.

The Brick was followed by the “Boat Anchor,” a slightly more evolved design, and other proof of concept builds leading to the final production gun debuted this month. 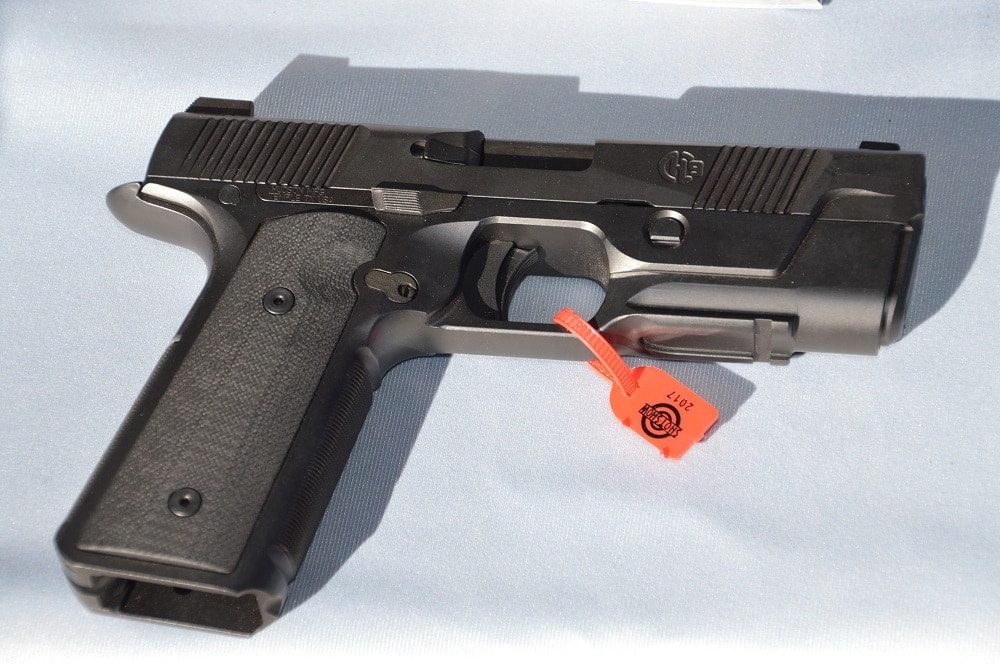 The current production Hudson Mfg H9 is the great grandson of The Brick.

Constructed with a black nitride finished stainless-steel slide, barrel and insert chassis, the gun feels very much like a 1911, though the lack of a barrel bushing or backstrap safety and addition of double-stack single-feed 9mm mag gives it a little hint of another Browning design — the vaunted Hi-Power.

Though the standard H9 comes with an integrated trigger safety, Hudson says this can be swapped out with a more 1911-style trigger. For those who desire, an external thumb safety can be added. 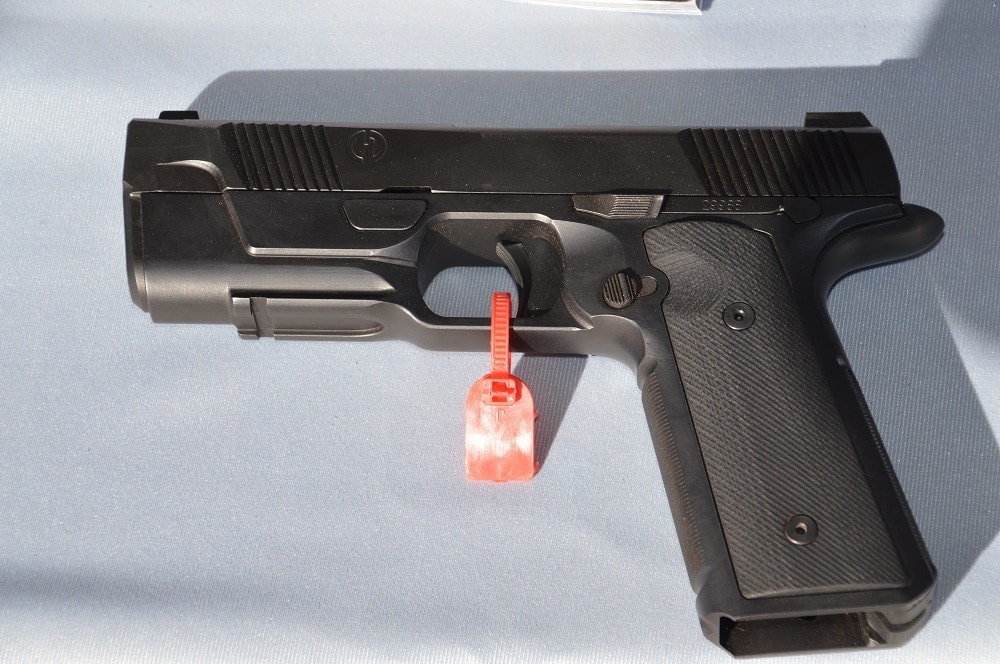 Hudson’s Chris Davis said that a number of top-notch components went into the gun, to include a Trijicon HD front sight at the end of a long 6.26-inch sight radius, VZ-made G10 grip panels, and a textured lower backstrap by Hogue.