The biggest, most exclusive shooting event of the year — Industry Day on the Range — is held each year in Boulder City, Nevada in conjunction with SHOT Show. Throngs of gun companies bring their latest and greatest firearms to the desert where media members, big buyers and celebs blast away for hours. So how on earth did a crossbow even make it into the mix, much less win the day? It’s not your average crossbow, that’s how. This little booth at the range, sharing space with Go Pro cameras, had the longest line of any on the firing line. Meet Ravin. 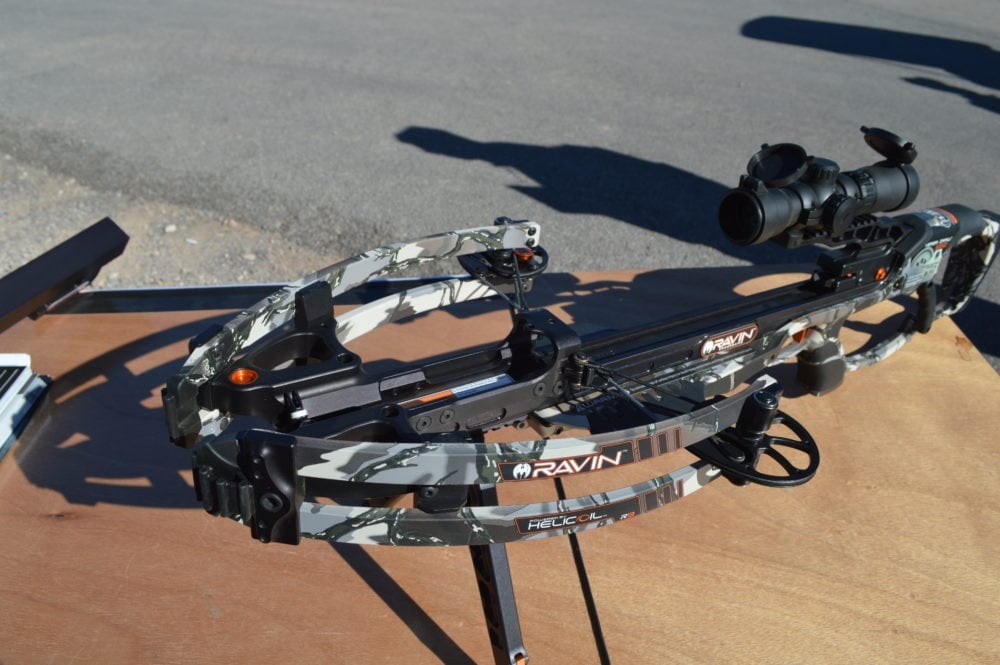 Ravin’s R9 Predator, shown above, has been on the market for over a month. The newer, faster R15 is next. (Photo: Kristin Alberts)

If a plain ol’ crossbow got together with a long-range rifle, some engineers, and a visionary — what pops out is the Ravin. Named “Ravin” for “violent seizure of prey” the ultra-compact crossbow promises rifle-like accuracy, and they aren’t kidding. The company challenged shooters at Range Day to take their first shot at 100 yards, as the bow promises 3-inch groups at the length of a football field. 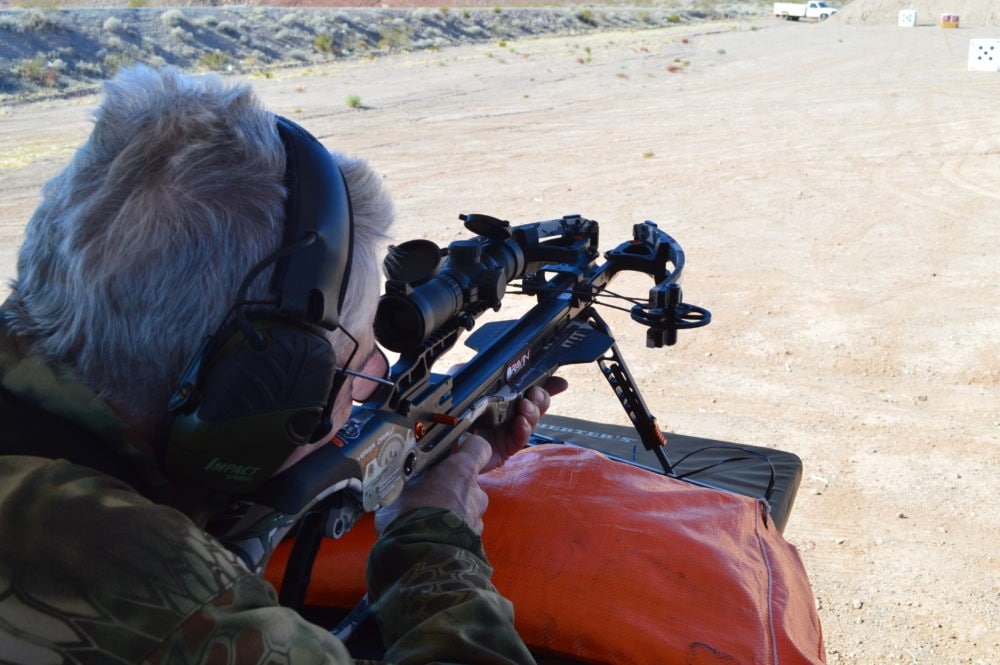 Measuring only 6 inches axle to axle, this is by far the most compact long-range hunting crossbow on the market. Its patented HeliCoil technology drives the system, as the cables are coiled away from both the top and bottom of the cams in helical grooves, keeping the cams in a perfect balance for increased speed and accuracy. Also boosting accuracy potential is the fact the bolt does not ride on the rails as does a standard crossbow. 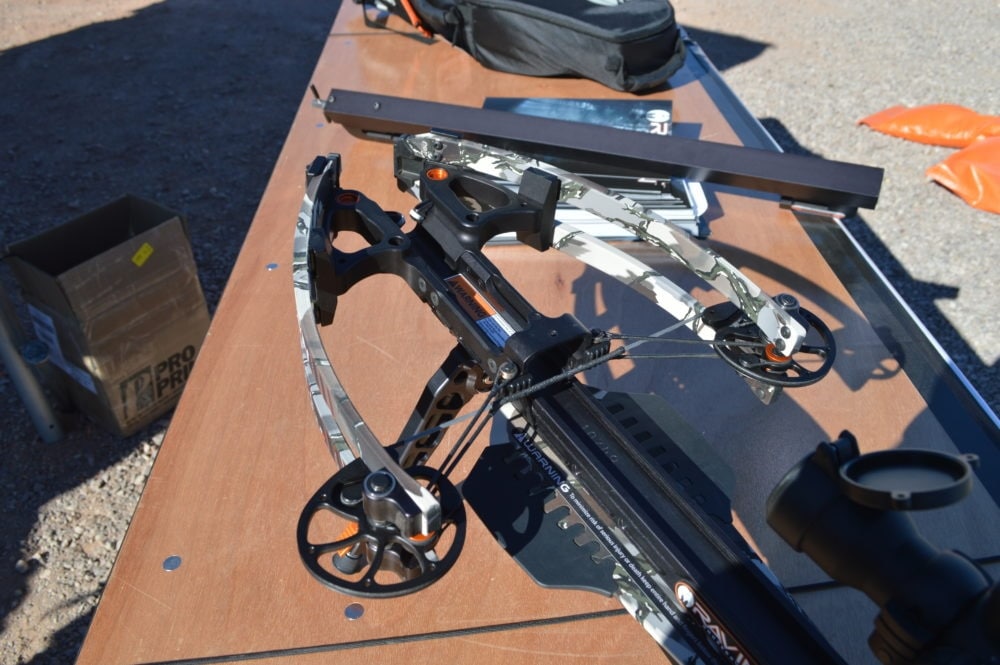 Instead, the arrow is free-floating, eliminating drag and creating a frictionless flight system. The Trac Trigger mechanism slides forward on the rail and clasps directly to the center of the string each time the bow is drawn. The Versa-Draw crank cocking system is standard, requiring only 10lbs of force to both cock and de-cock, works with both audible clicks and silently, and is ambidextrous. The company was started by a hardcore group of hunters in Superior, Wisconsin and their bows are designed and built in the USA. 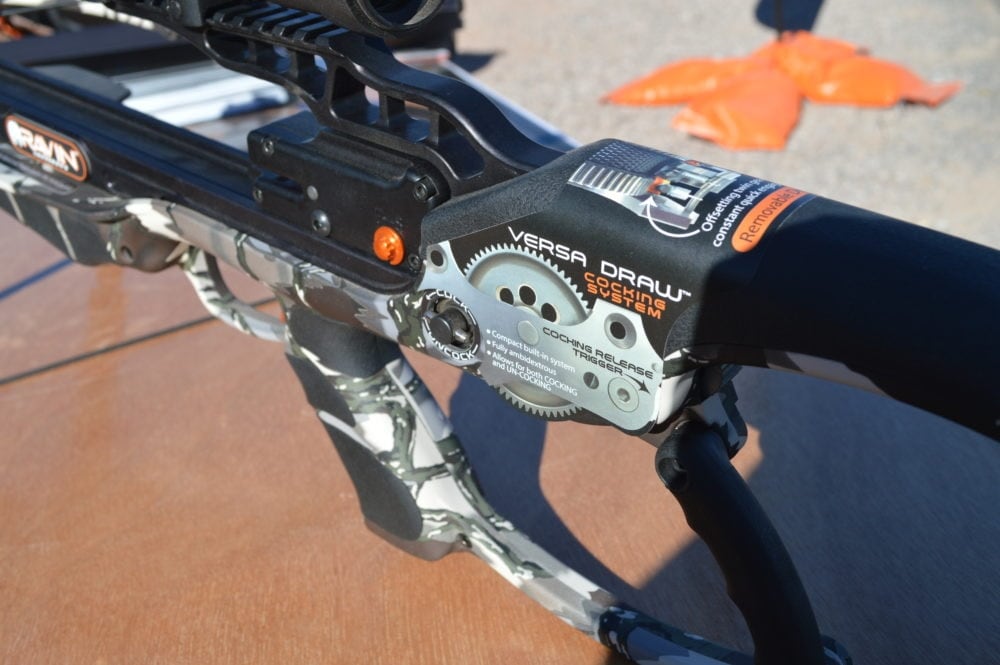 The initial model, R9 Predator hit the market just over a month ago, while the hot new R15 will be shipping between March and April 2017. The R9 fires at 390fps, measures 34.5” overall and weighs 6.7 pounds.  It ships with a quiver, six bolts, and a 100-yard illuminated 1.5-5x scope for $1,549.99.  The upcoming R15 will fire at 425fps with the same measurements and accouterments. MSRP has not yet been set, but will run slightly higher. Keep an eye on Guns.com, as we’ll be reviewing the R15 in coming months.