NFA items at SHOT: All the fun stuff under the sun (PHOTO heavy)

Besides the assorted suppressors aplenty, the halls of SHOT Show 2017 are heavy with offerings that feature selector-switches and others that require the exchange of National Firearms Act paper.

In addition to civilian sales with the proper stamp, there is always the military/law enforcement market to cater to and as such, there is a good bit of otherwise unobtanium gear lining the halls. 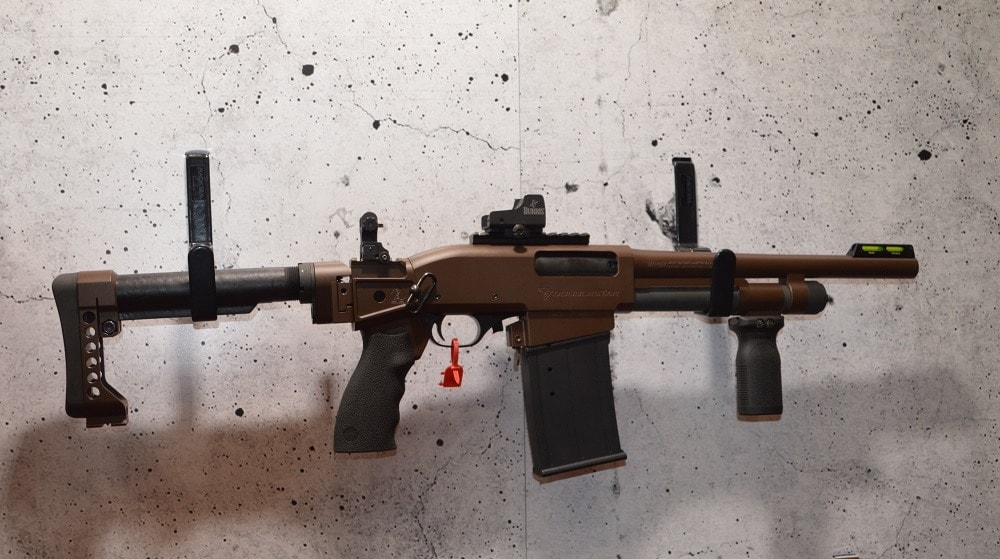 Double Star had a few great builds such as this Hurricane Butterfly SBS to show off their aftermarket accessories (Photos: Chris Eger/Guns.com) 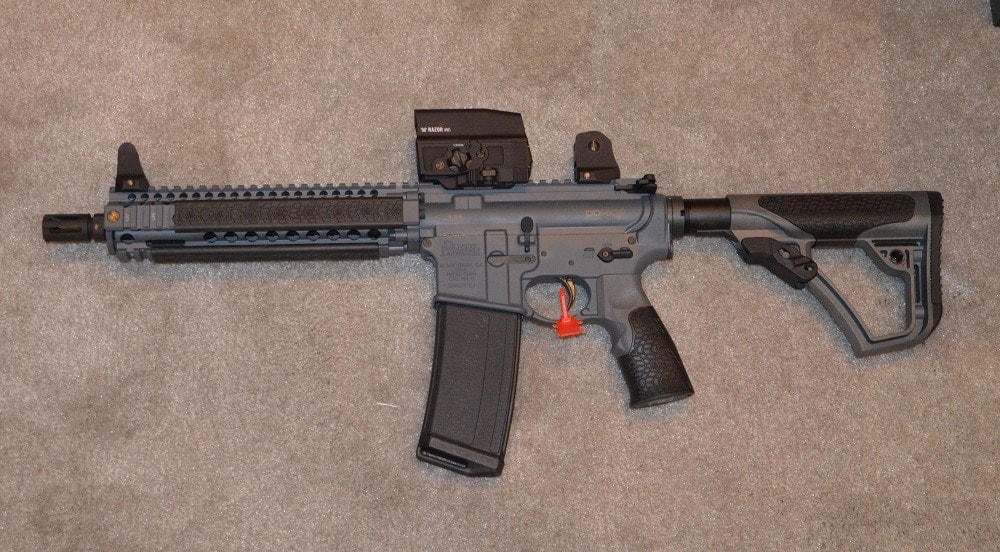 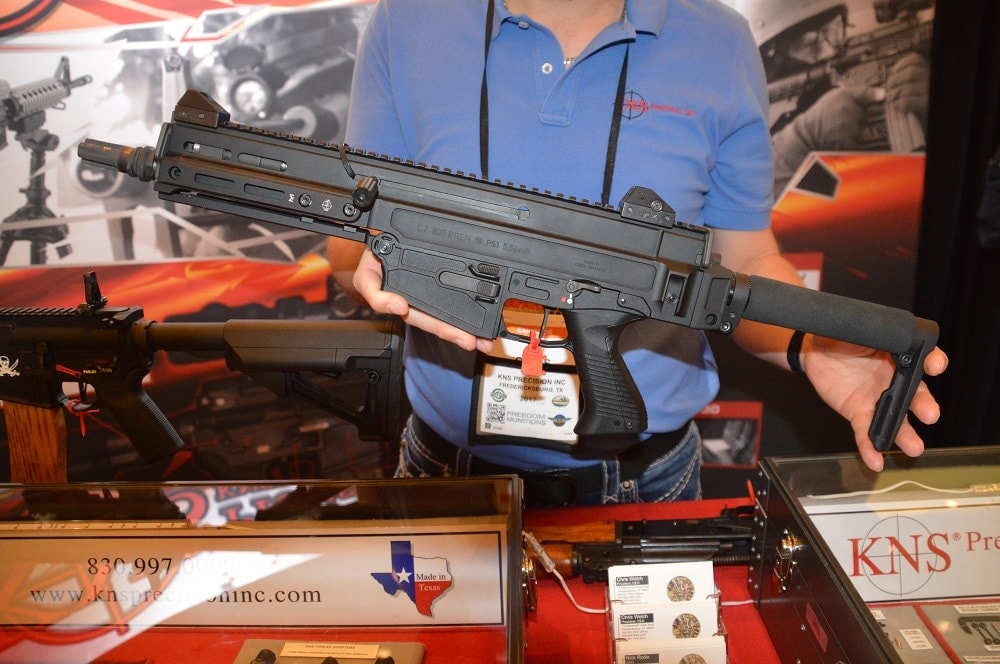 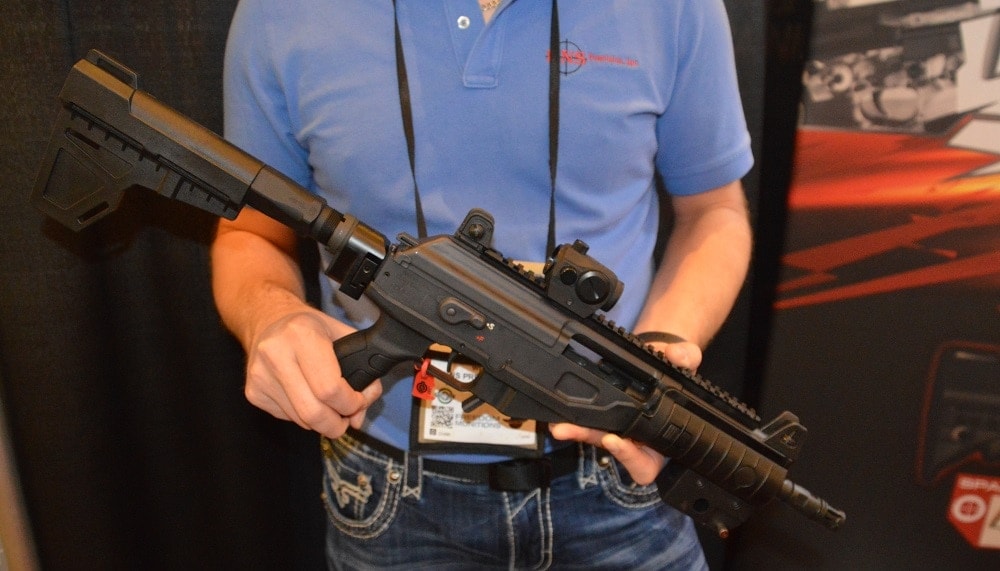 VLTOR’s custom Apocalypse rifle with a Ballistic Advantage 14.5-inch barrel, zombied up by Dark Alliance Firearms. Sure, sure, depending on how the muzzy device is mounted, it may not be NFA, but it’s just so cool we tossed it in here. 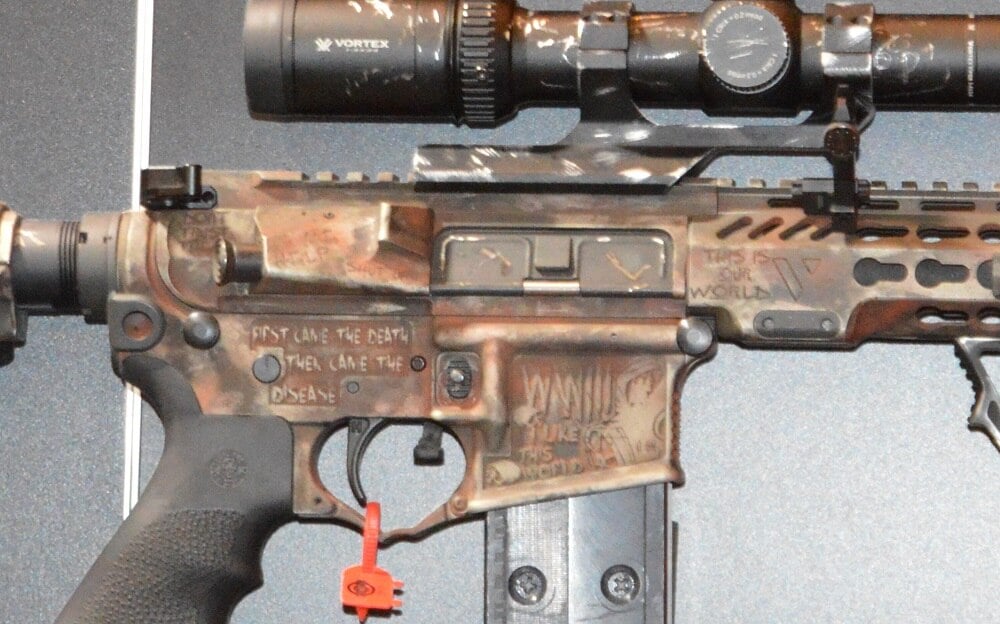 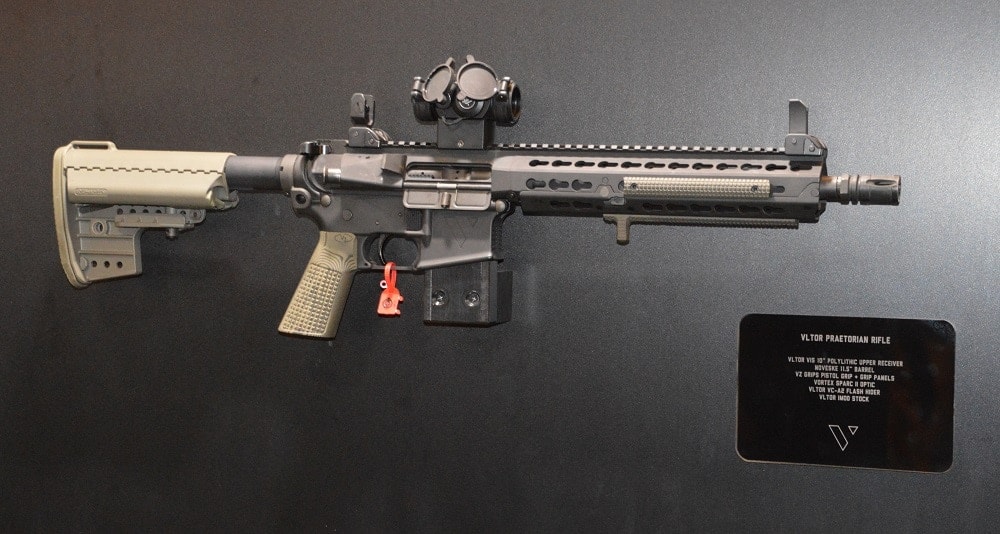 The VLTOR Praetorian, with a 12.5-inch barrel 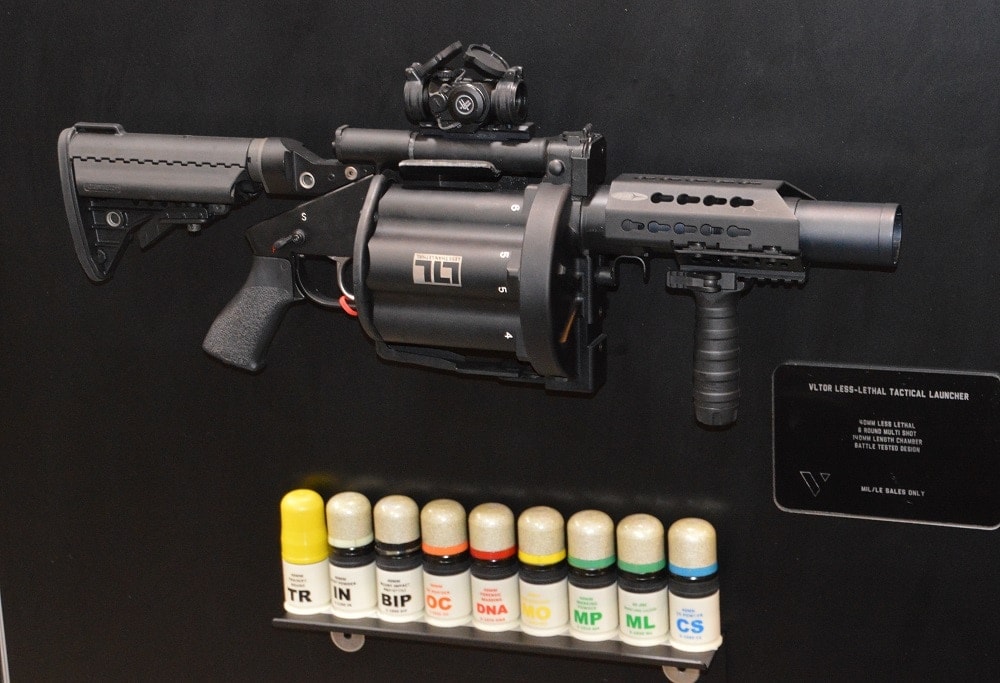 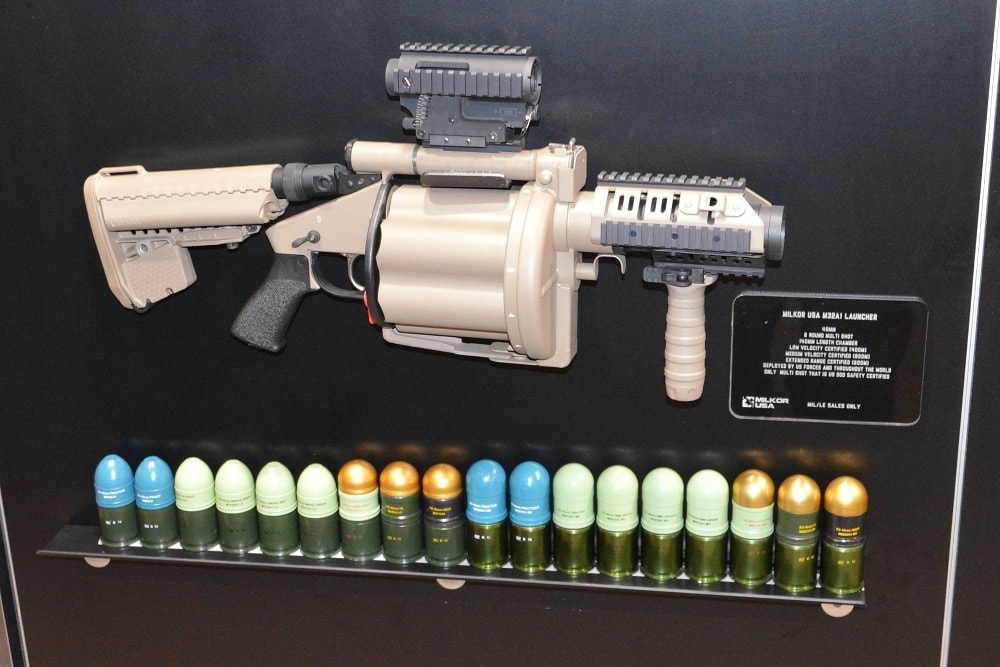 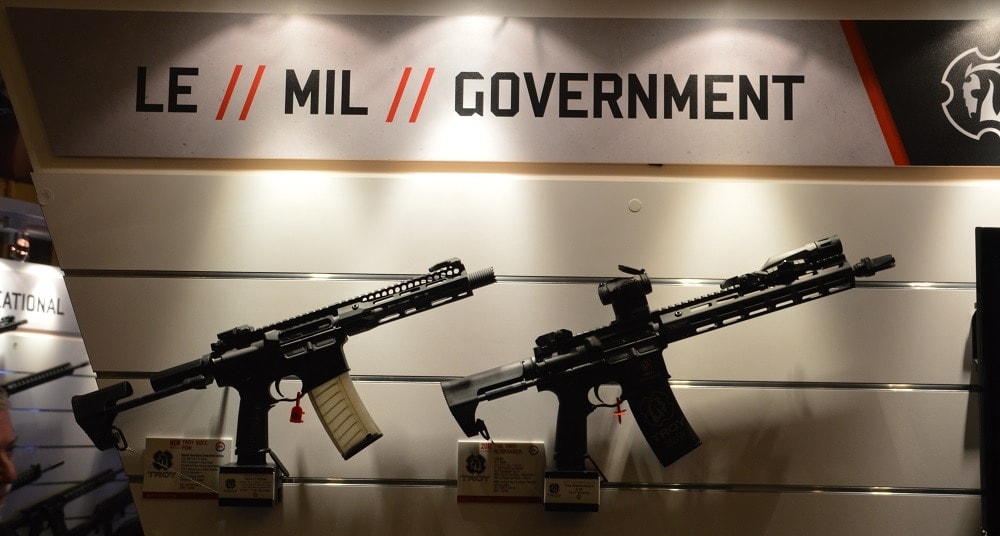 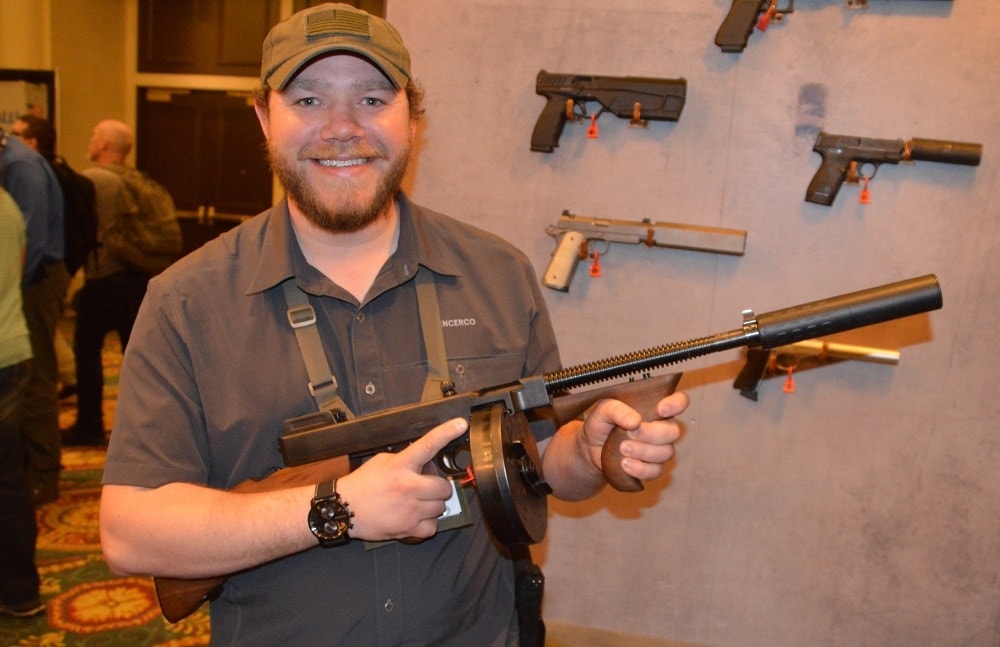 SilencerCo had a number of vintage NFA items around including this Tommy gun complete with drum mag, slightly modded for suppressor use. 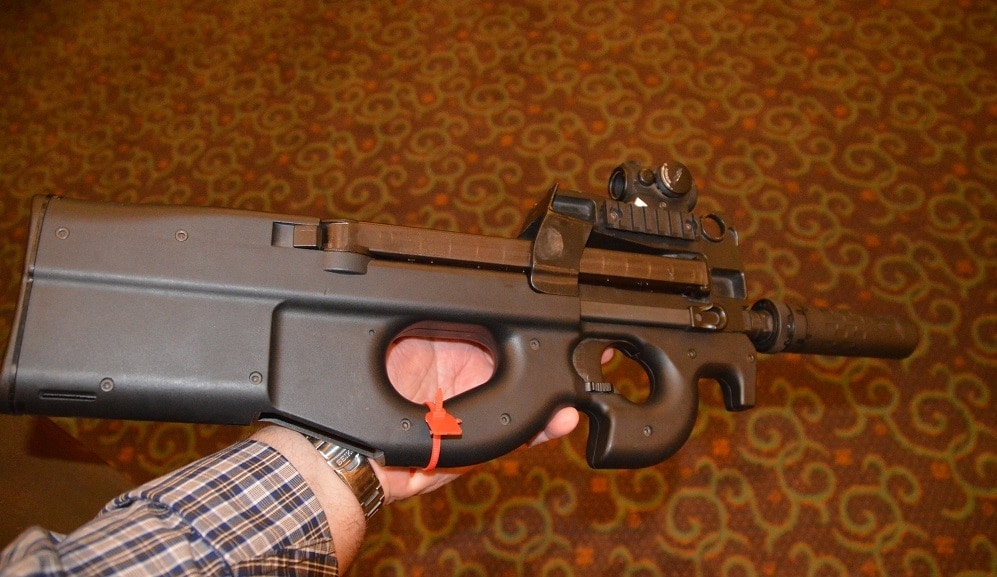 FN P90 anyone? Another of SilencerCo’s stable 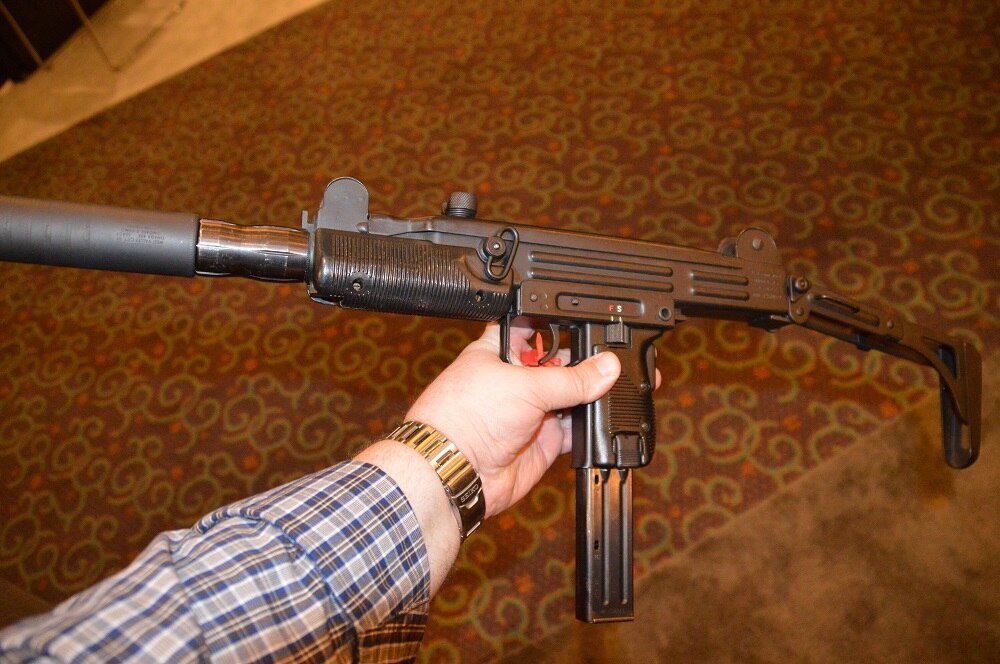 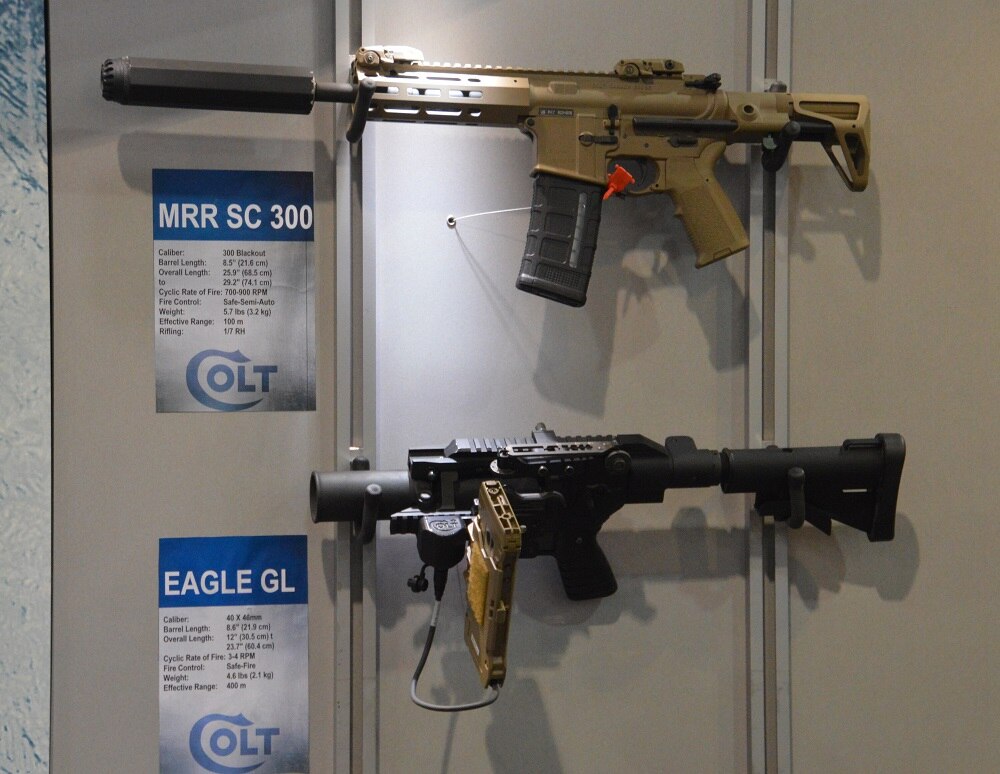 Colt’s MRR SC 300 comes with both an 8.5-inch barrel and a fun switch that will make .300 Blackout rush at 900 rounds per minute cyclic. Below the MRR is the 40mm Eagle GL 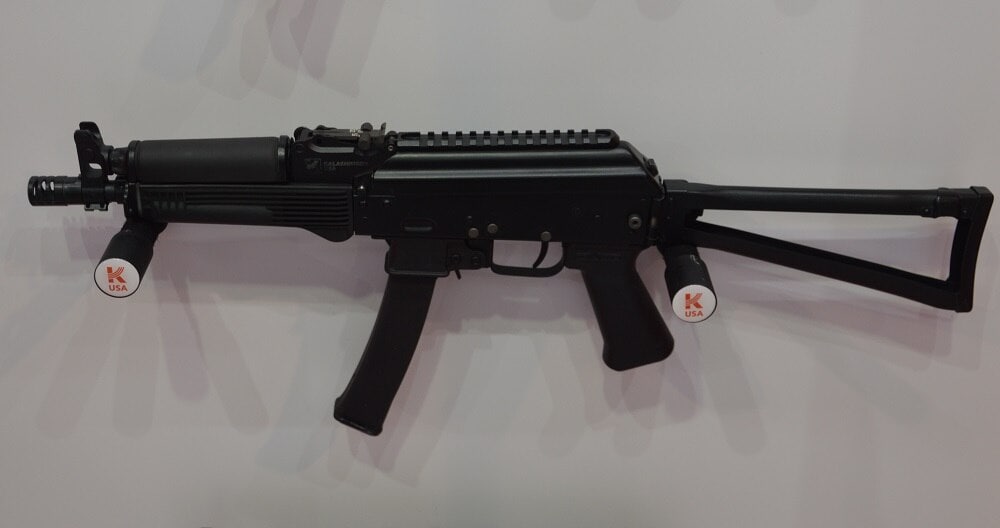 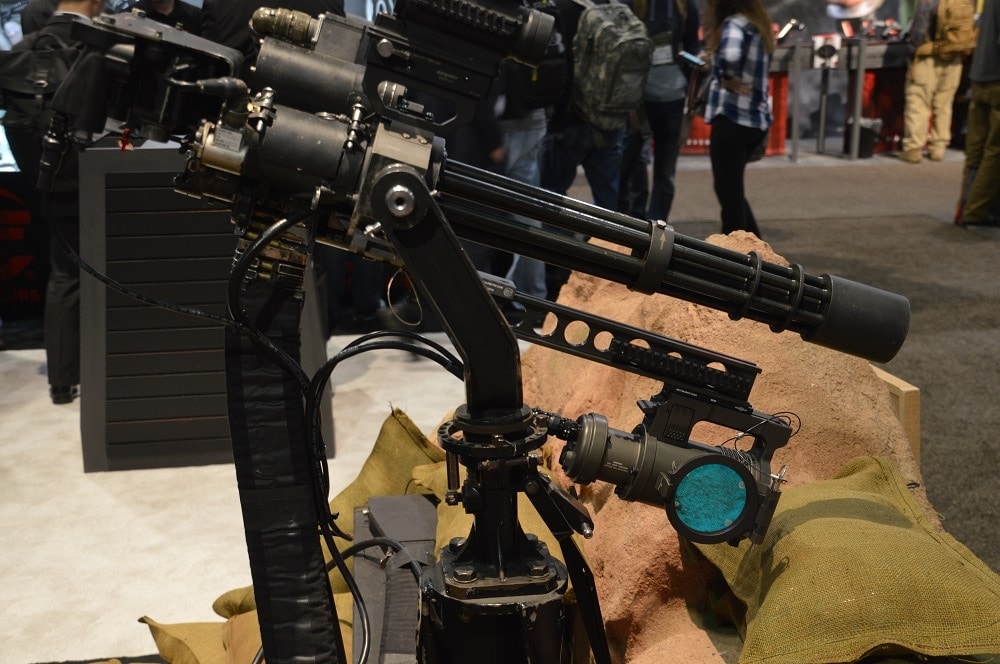 SureFire’s Mini-gun display to highlight (see what we did there) their giant sunlight making weapon light mounted below. And you thought your tac light was bulky 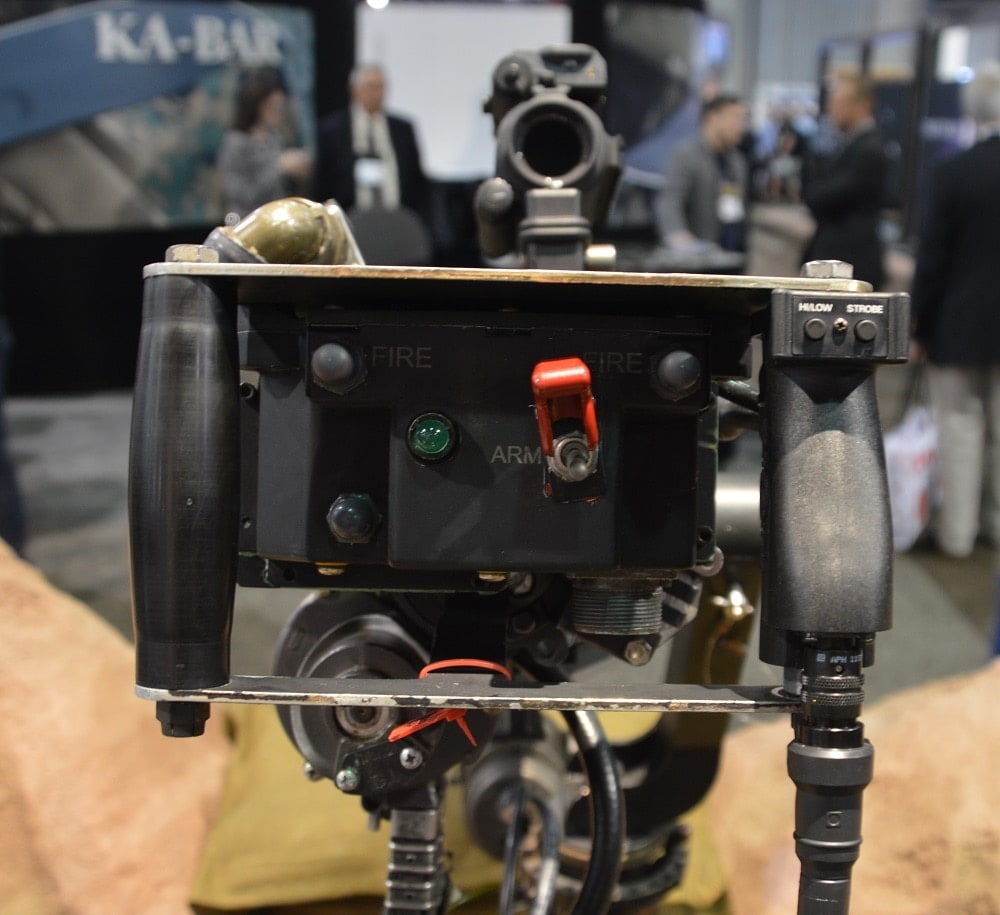 The view from the Mini-gun’s giggle switch 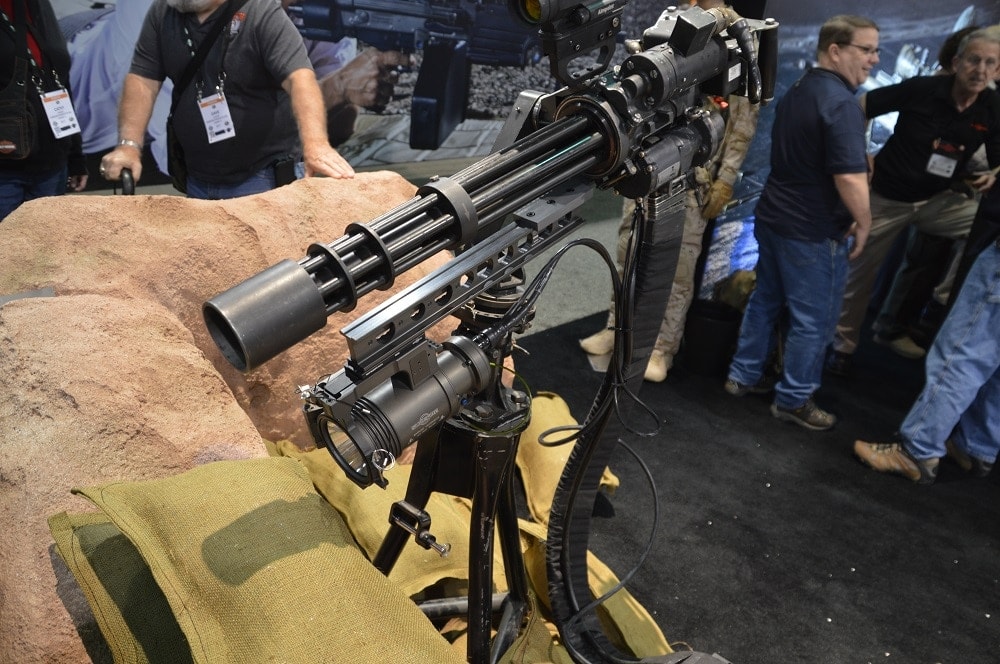 Say it with me: repeal the Hughes Amendment 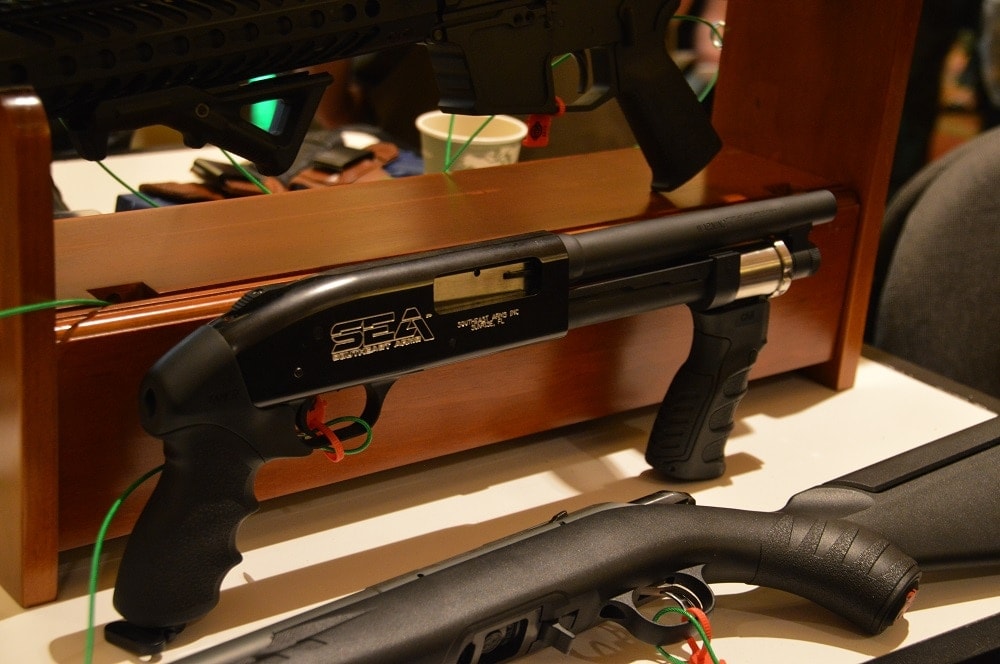 One of Florida-based SEA’s shorty shotties 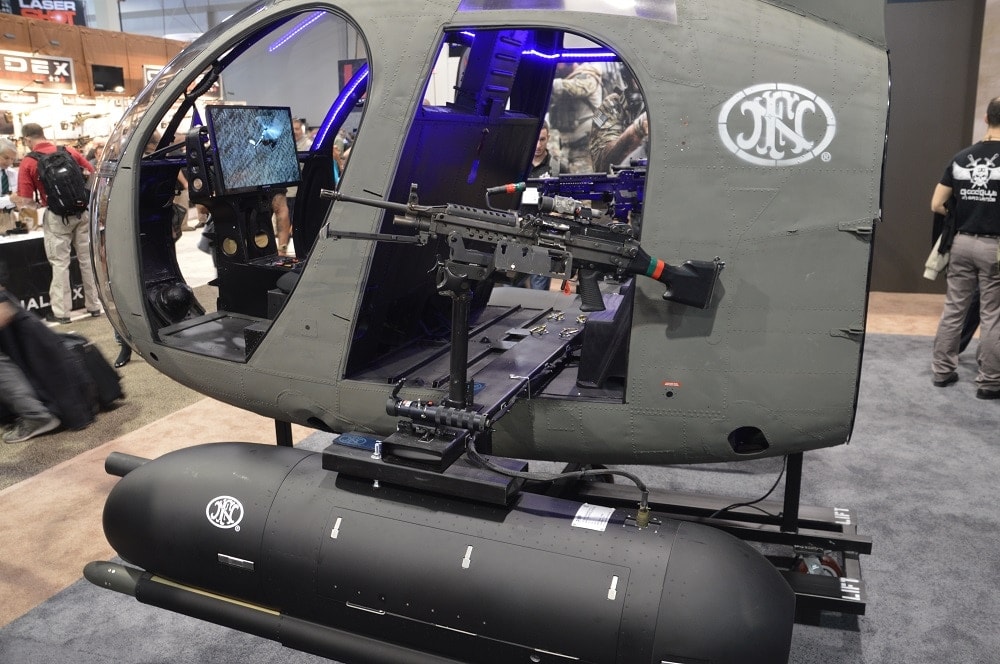 FN brought all the party favors including a mockup of a Hughes 500/AH/MH6 Little Bird with an RMP .50 cal heavy machine gun pod on the left skid and a M249 5.56mm SAW on the door 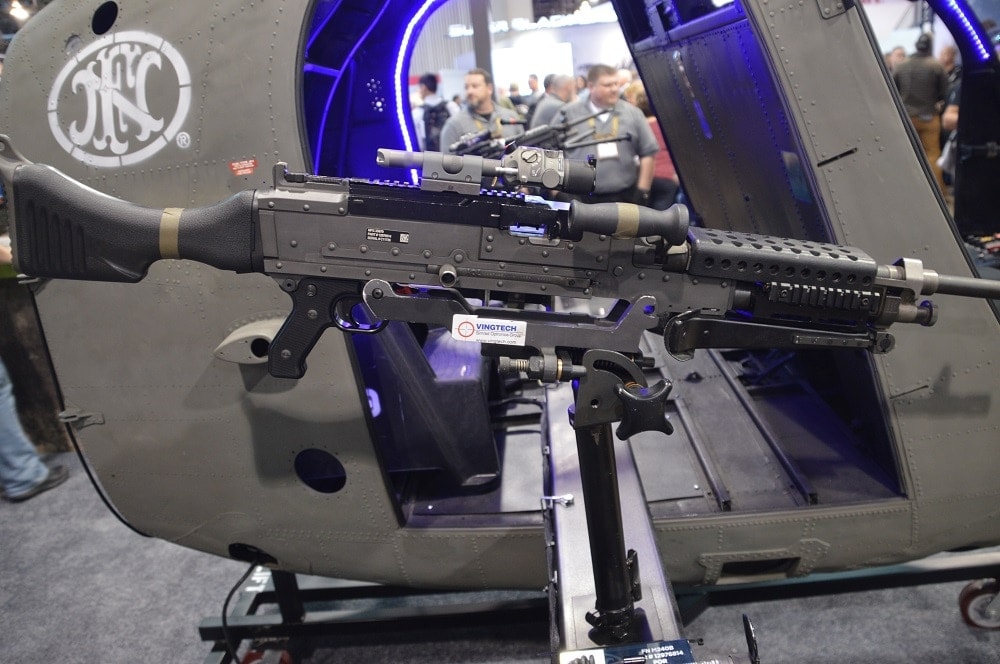 Alternating with another pod and matching M240 7.62mm fun gun on the right. 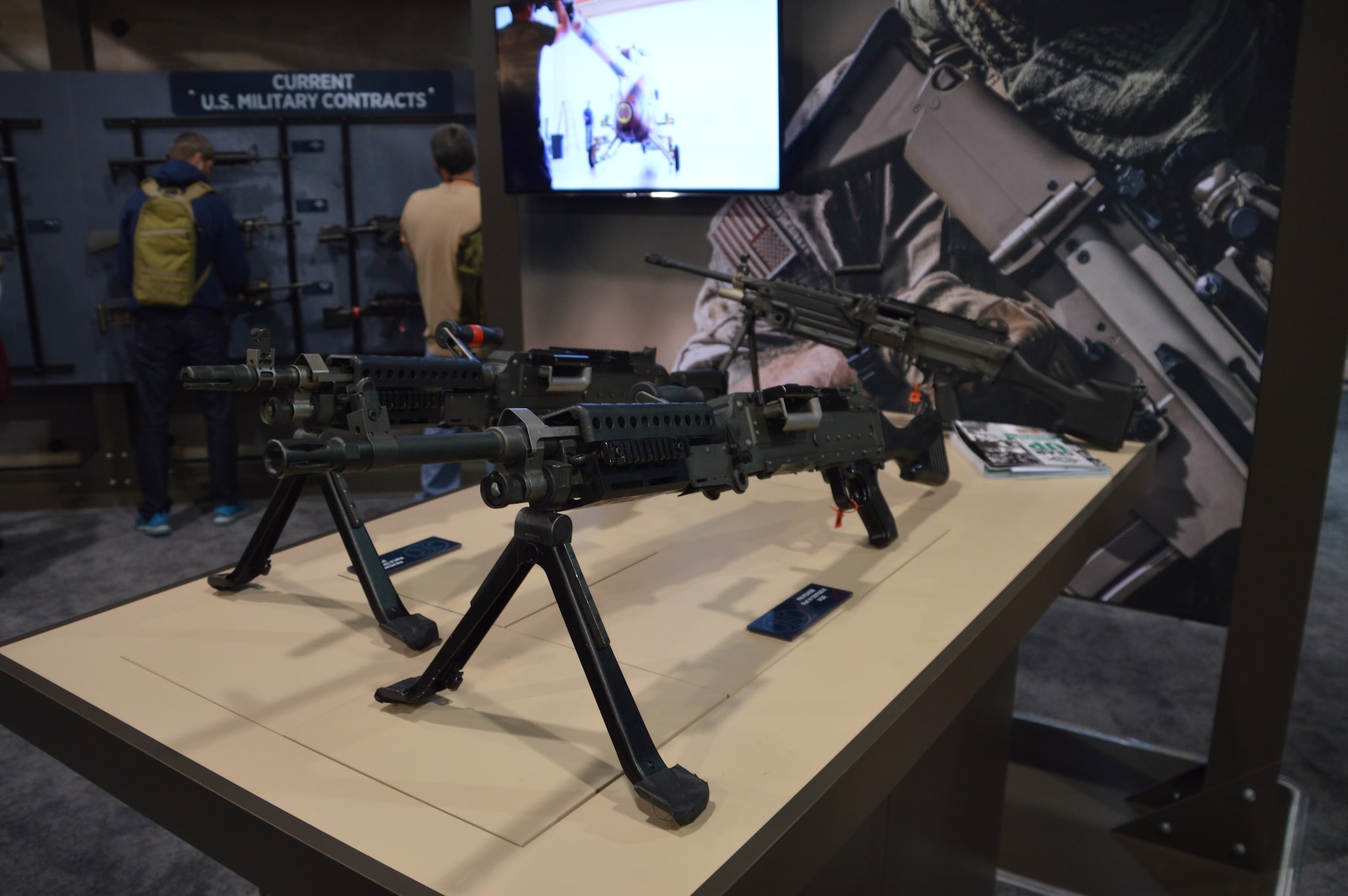 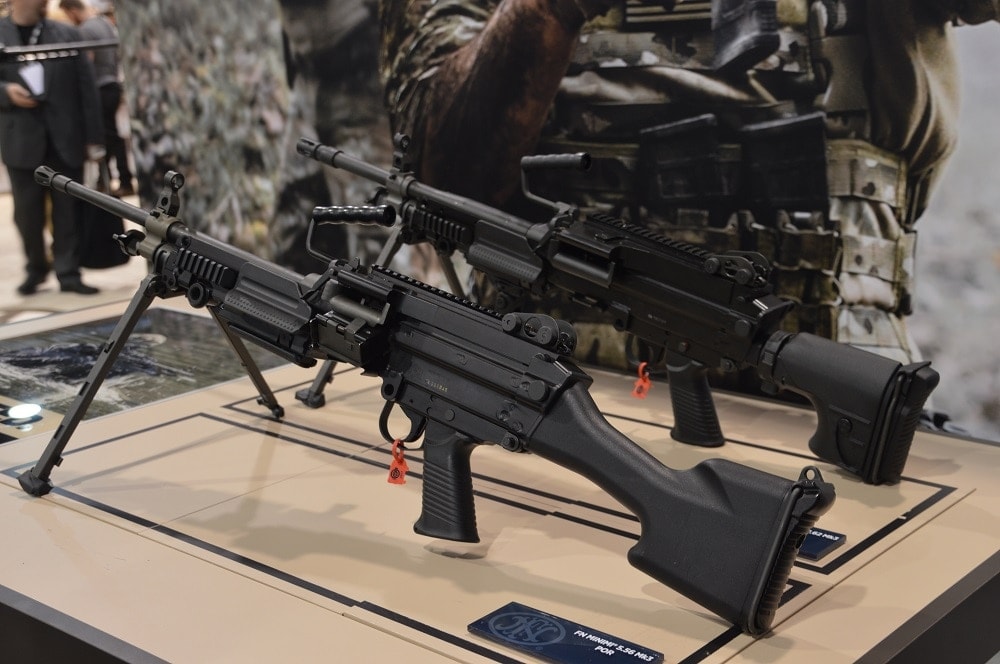 The updated FN Minimi Mk3– slightly different from its M249 brother– along with it’s 7.62x51mm variant which has been replacing the classic FN MAG 58 with overseas clients. 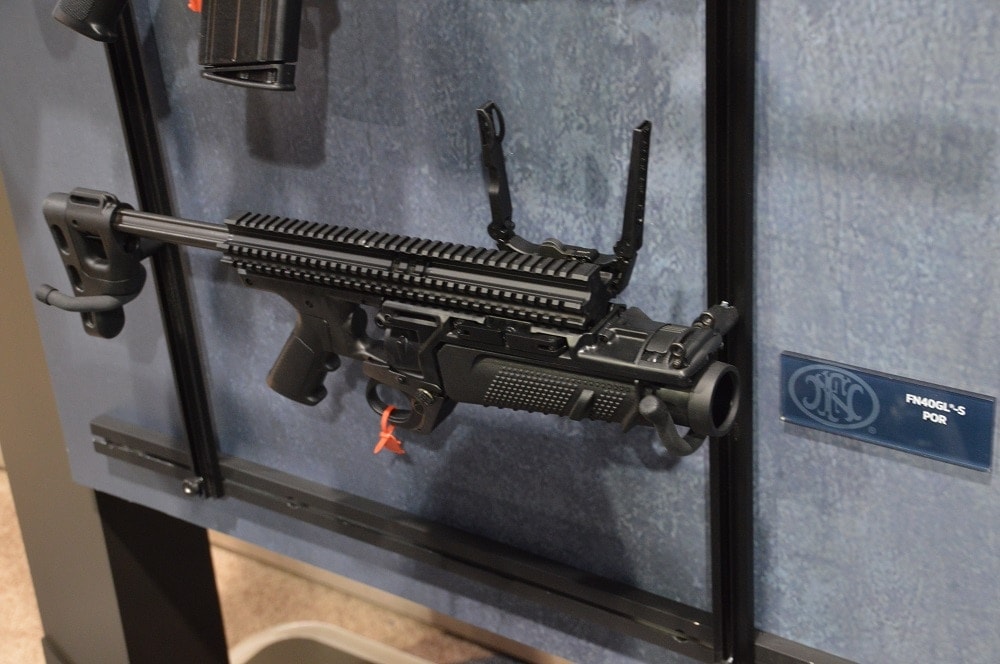 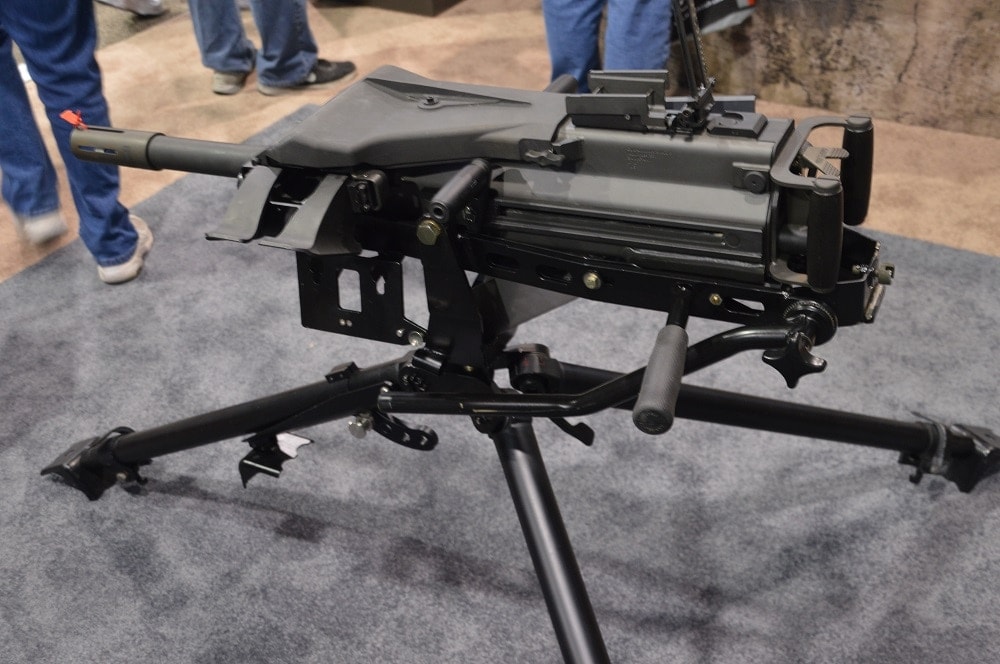 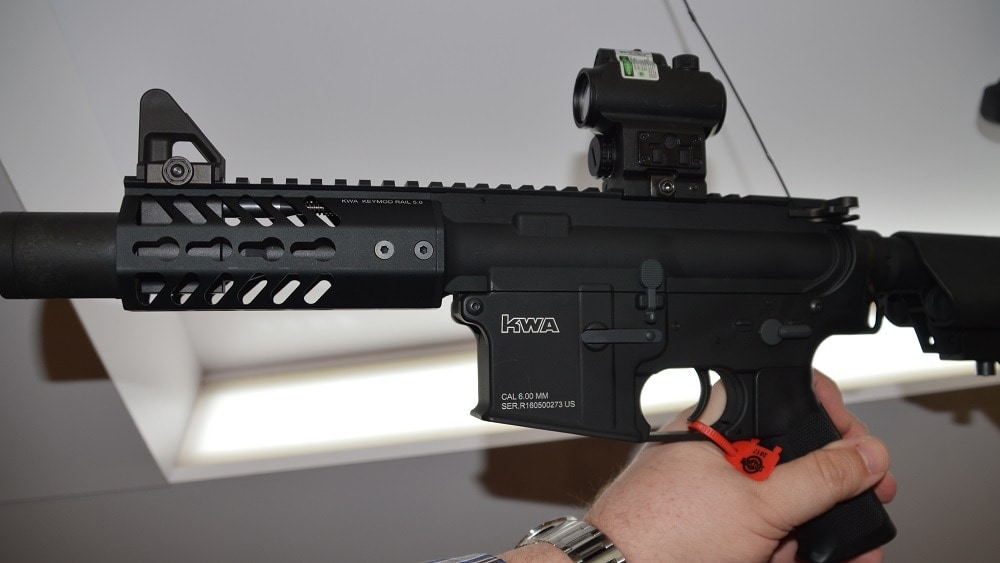 But are 6mm (airsoft)— no NFA rules apply here, sir.