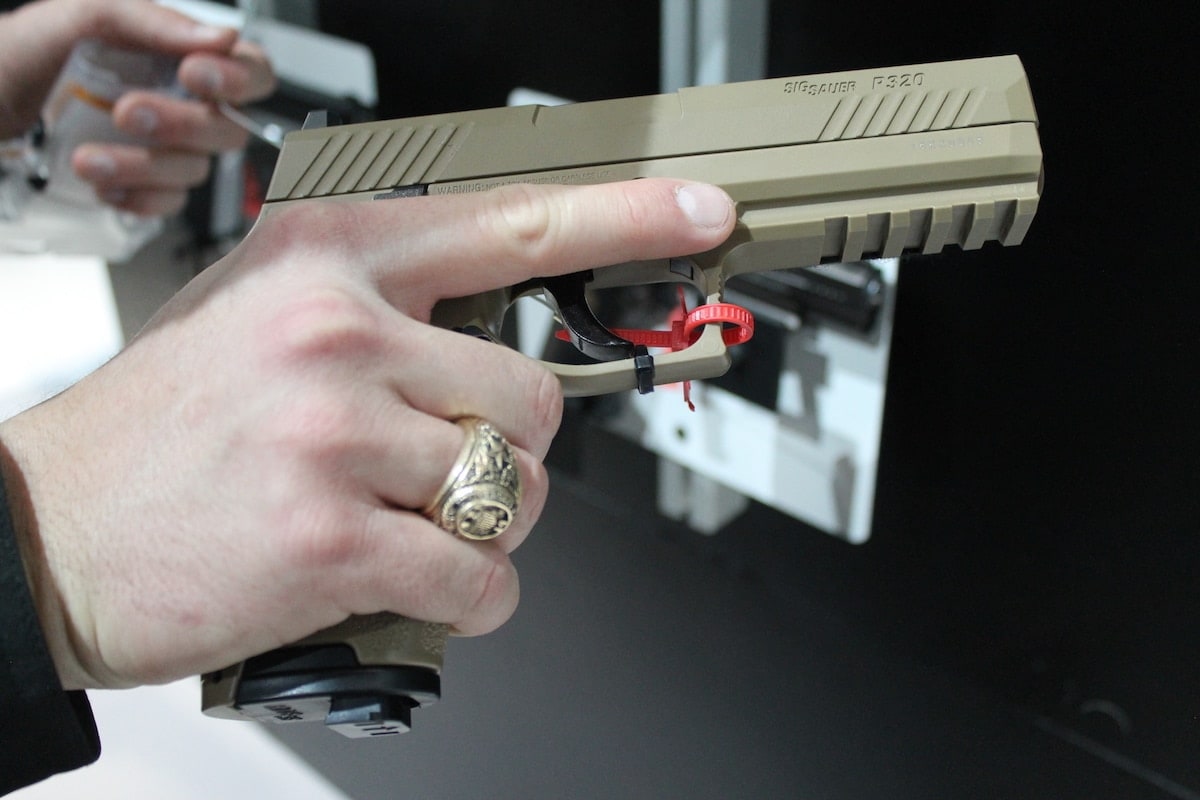 Matt Rice, a spokesman for Sig, told Guns.com at SHOT Show that the air soft line has gained traction and is generating a lot of buzz. He credits that to the realistic design of the pistols. 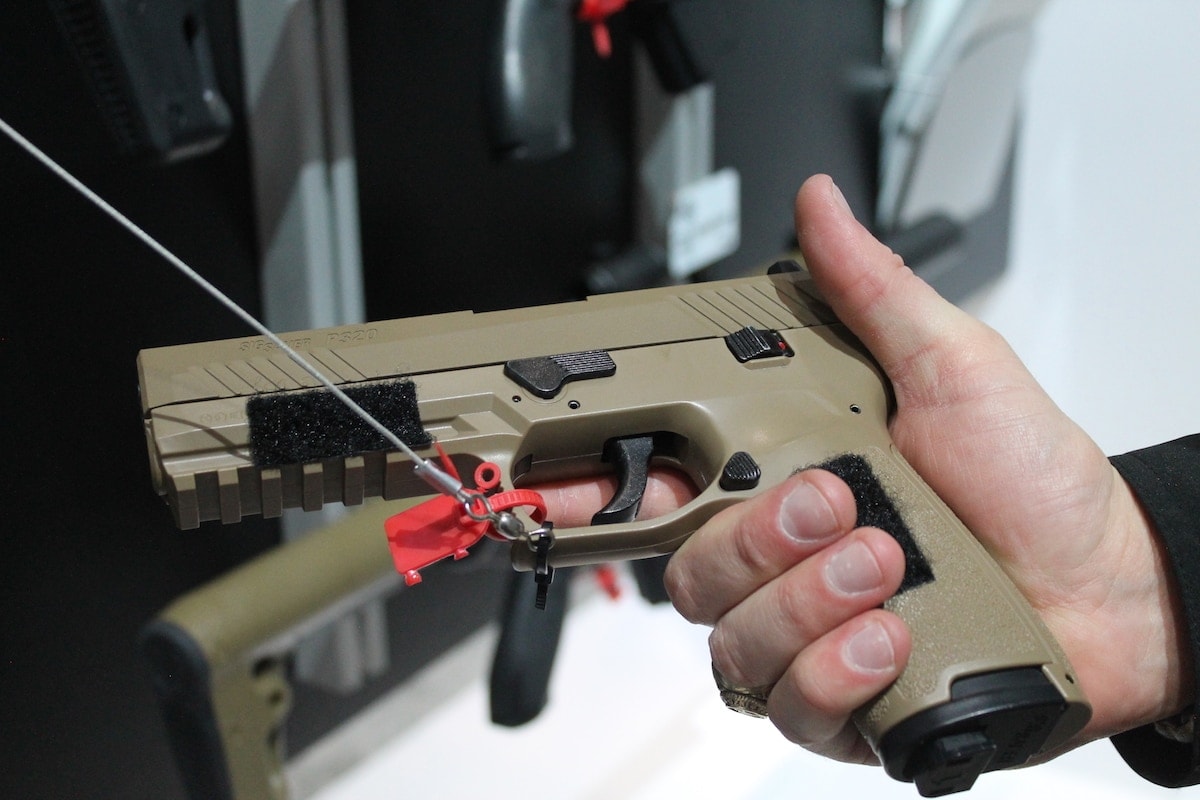 Actual P320 ASPs will not come with velcro on the slide. This display model, however, had to adhere to the wall in some manner. (Photo: Jacki Billings)

“All three guns offer that real-world training aspect,” Rice said, adding that the pistols are also useful for newcomers. “These are great for first-time shooters and great to introduce people to the shooting sport.”

While nothing can truly replace the value of live fire shooting, air soft offers a cheaper means to work on fundamentals and accuracy. Sig’s air pistol line is designed to feel like the real deal— right down to trigger pull and weight. 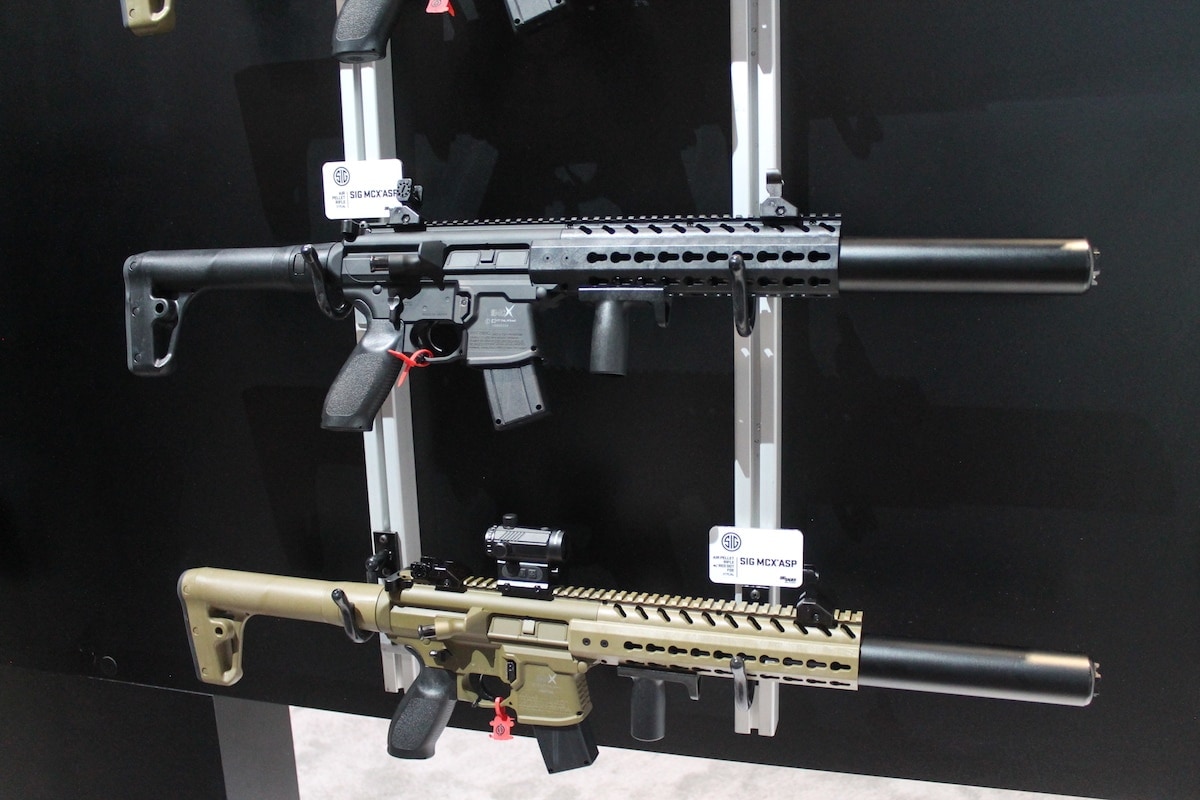 The P320 joins the group, with a choice of color in black or coyote tan. The P320 ASP propels both pellets and BBs and features an accessory rail for lasers and lights. The P320 ASP is priced at $119.99

In addition to the P320, Sig also added two new BB guns — the 1911 Max Michel and 1911 Spartan BB pistols. The 1911 Max Michel was designed by the competitive shooter and is a sleek black on silver pistol. It features a 16-round magazine holding 4.5mm BBs. 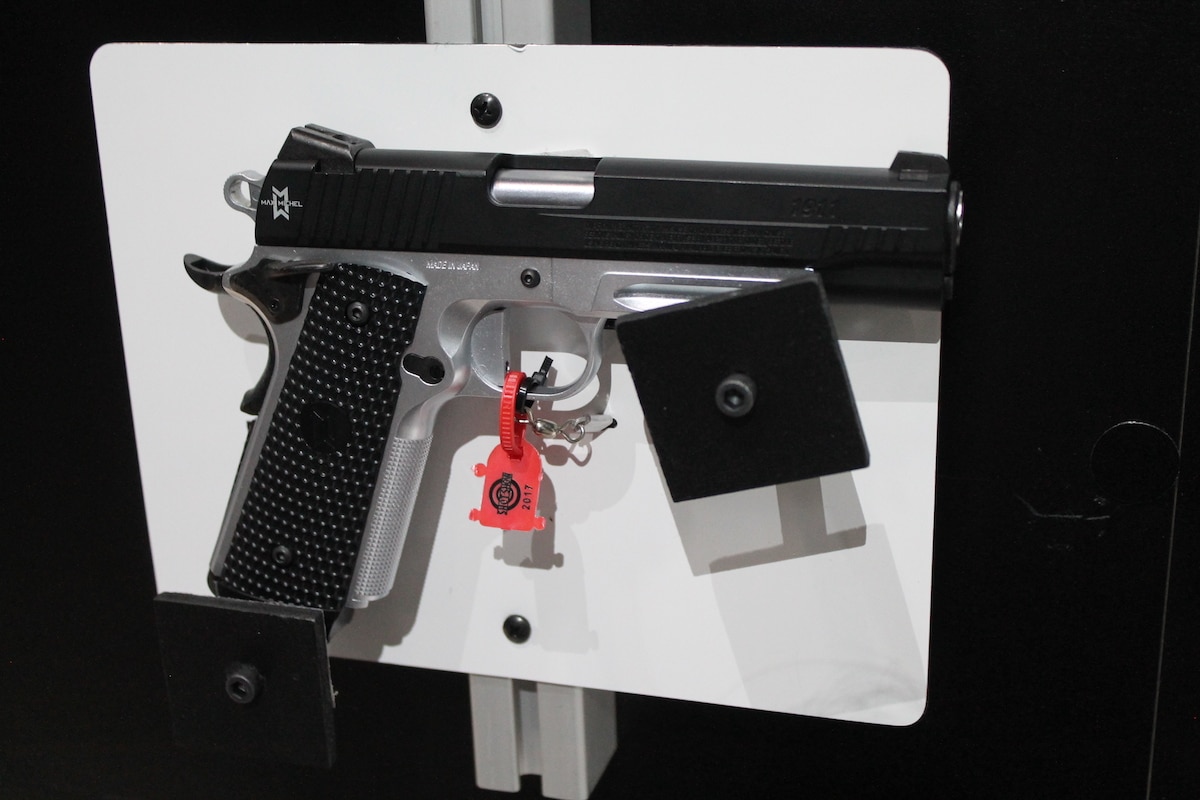 The Spartan 1911 is a bronze fnished BB pistol with “Molon Labe” engraved on the slide. The grip features a Spartan helmet for even more flare. Also utilizing a 16-round magazine, the gun accepts 4.5mm steel BBs. The Spartan fits current 191 holster systems. 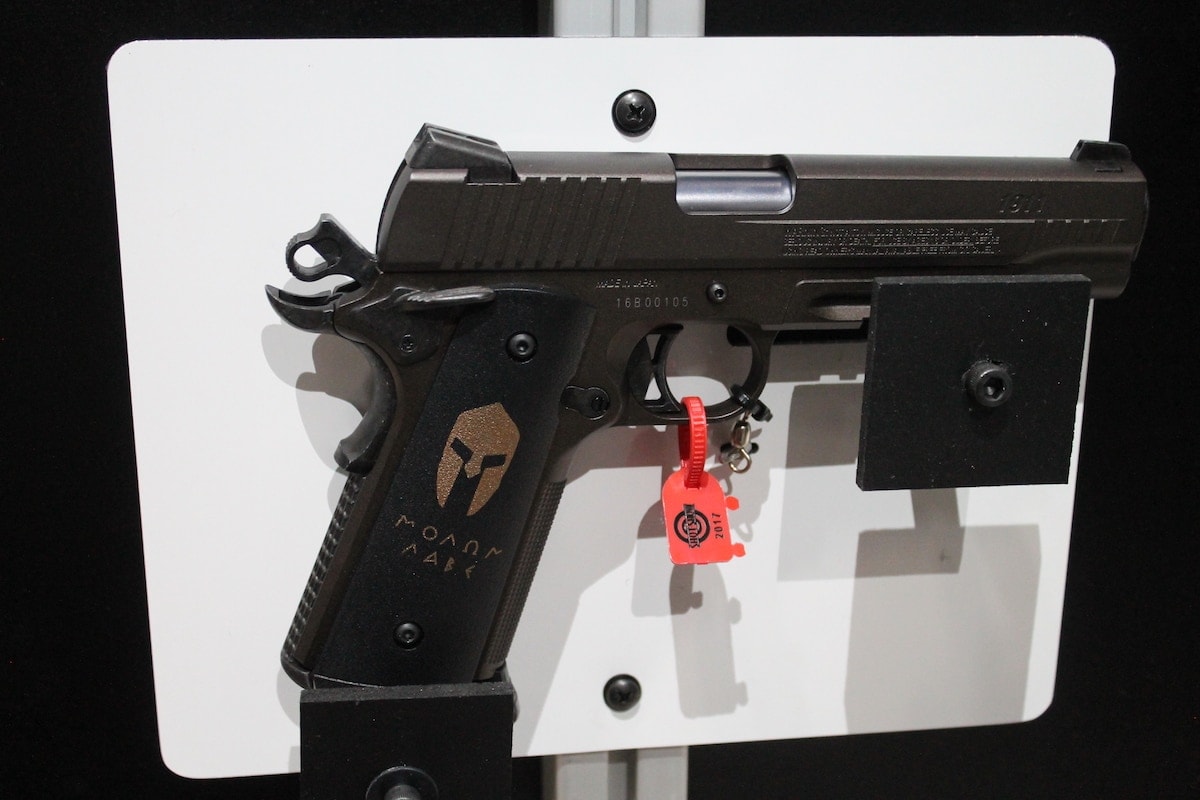