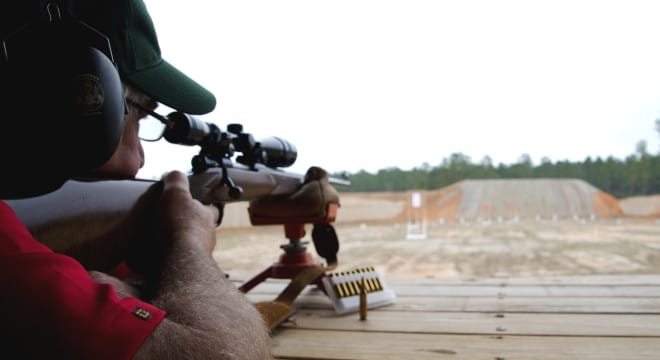 A bipartisan group in the U.S. House last week filed legislation that could see the number of shooting ranges available on public land expanded.

The bill would use money already made available to the federal government through the Wildlife Restoration Act of 1937, commonly referred to as Pittman–Robertson after the two lawmakers pivotal to its passage. This 80-year-old law uses an excise tax levied on all firearms and ammunition sold or imported into the country to perform conservation-related tasks as varied as restoring elk habitat to funding safety programs and establishing public shooting ranges.

Under the current guidelines, states must match federal government funding 25 cents on the dollar to begin working on such shooting ranges. Hunter’s bill would drop this formula to 90/10 while also allowing funds to accrue for up to five years to help fund purchase of land for shooting ranges and construction.

Paid for by manufacturers and producers, the fund has been pushed into overdrive in recent years because of a spike in gun and ammunition sales. In 2012, the fund apportioned $371 million to state conservation agencies. By 2015, it broke $1 billion and has maintained that level since.

“This legislation would provide state fish and game agencies more flexibility to use Pittman-Robertson excise taxes dollars raised from the sale of firearms and ammunition to enhance existing public shooting ranges and to build new ones to meet the growing need for additional places for target shooters to participate in their sport,” said Lawrence G. Keane, National Shooting Sports Foundation senior vice president and general counsel in a statement.

“Public shooting ranges provide hunters a place to sight in rifles and shotguns before hunting seasons, for people to take firearm safety and hunter education courses and, for recreational target shooters to enjoy their sport,” he said.

H.R. 788 has been referred to both the House Judiciary and Natural Resources committees.