The results of the Metropolitan Police’s weeklong gun amnesty program looks kinda like the weapons from a Clue board game.

The campaign, #GiveUpYourGun, was highlighted by the above video which appeared on the Met’s social media platforms over the past few weeks advertising the amnesty for illegal weapons to run February 6-12. It should be pointed out that most handgun possession, other than in Northern Ireland, is banned for the general public in the UK, ergo making pistols and revolvers unlawful by their very nature.

“Our aim is to remove all illegal firearms from the streets of London and we work relentlessly to disrupt and arrest anyone suspected of being involved in gun crime,” said Detective Chief Superintendent Jim Stokley, of the Met’s Trident and Area Crime Command, in a statement. “If you hold on to an illegal gun, you are putting yourself and your loved ones in danger and you are likely to be arrested and face at least five years in jail.”

The take? As of midweek, Scotland Yard told The Standard some 45 guns had been turned over, no questions asked, including these eight “terrifying” smoke poles turned in at the Islington MPS location: 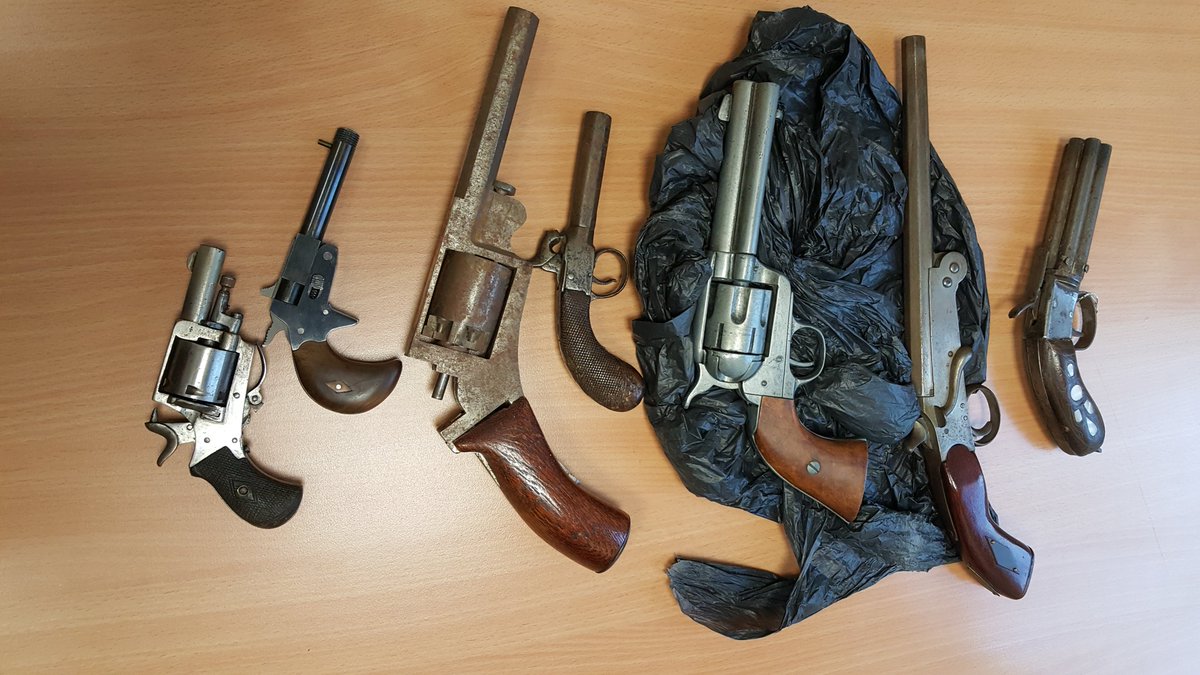 To be sure, we think the SAA 1873 Colt in the center is a non-working die cast display gun, one of these could be a starter pistol, and it should be pointed out that the huge cap and ball (Adams?) revolver is missing most of its parts. But for real, is that a Webley Bulldog at the far left? Paging Dr. Watson…

The curios, relics, and replicas are par for the course. 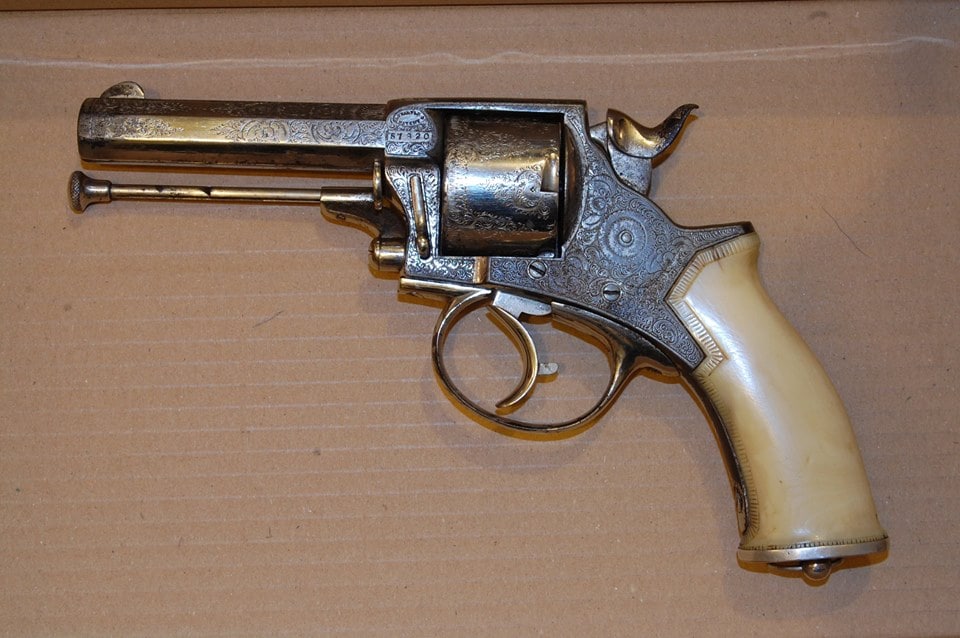 Picked up by the South Acton Local Policing Team in Acton 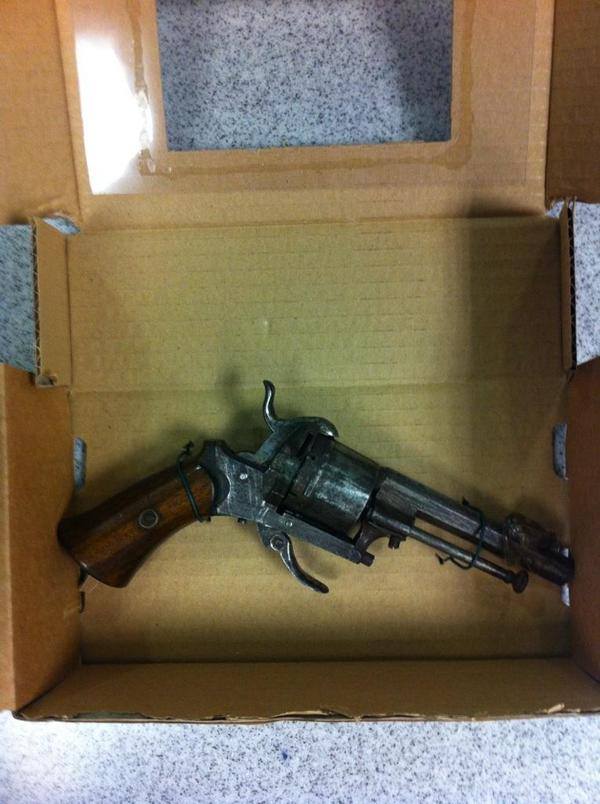 Not sure what this is, but we are betting ammo for it hasn’t been in production since QEII has been on the throne

But to be honest, this very well patinaed Franchi SPAS was handed over, which may or may not have made a cameo in a Guy Ritchie film.

This has just been handed in at #Brixton Police station. No questions asked. Surrender a gun, save a life. Opportunity to #GiveUpYourGun pic.twitter.com/fJUdGEPfI9

What happens to the guns? This is not for the faint of heart.