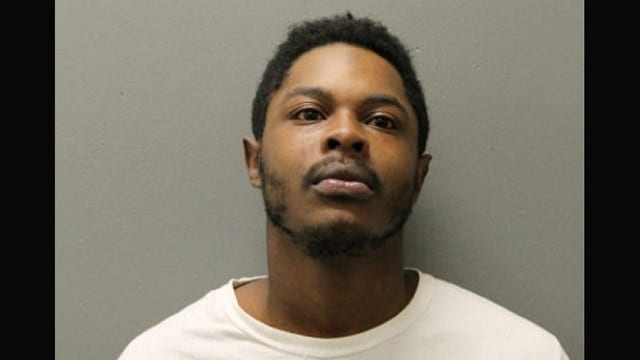 A Chicago man and known gang member was arrested Friday after hiding a loaded gun beneath his 8-month-old son’s car seat.

The Chicago Tribune reported police pulled over a 2003 Toyota Camry on Friday afternoon after noticing the driver was not wearing a seat belt.

Officers then witnessed 24-year-old Arron Woods, a passenger in the car, lift a child from his car seat, place an item wrapped in a black T-Shirt beneath the seat, and then sit the child back down.

Police then searched the vehicle and found a loaded Smith & Wesson wrapped in the shirt, one bullet in the car seat itself, marijuana and $440 cash from Woods.

Woods, a known member of the Gangster Disciples, was arrested and has been charged with aggravated unlawful use of a weapon, unlawful possession of a firearm by a street gang member, child endangerment and marijuana possession. He was held on $100,000 bail.