At age 74, this master engraver is still working everyday (PHOTOS) 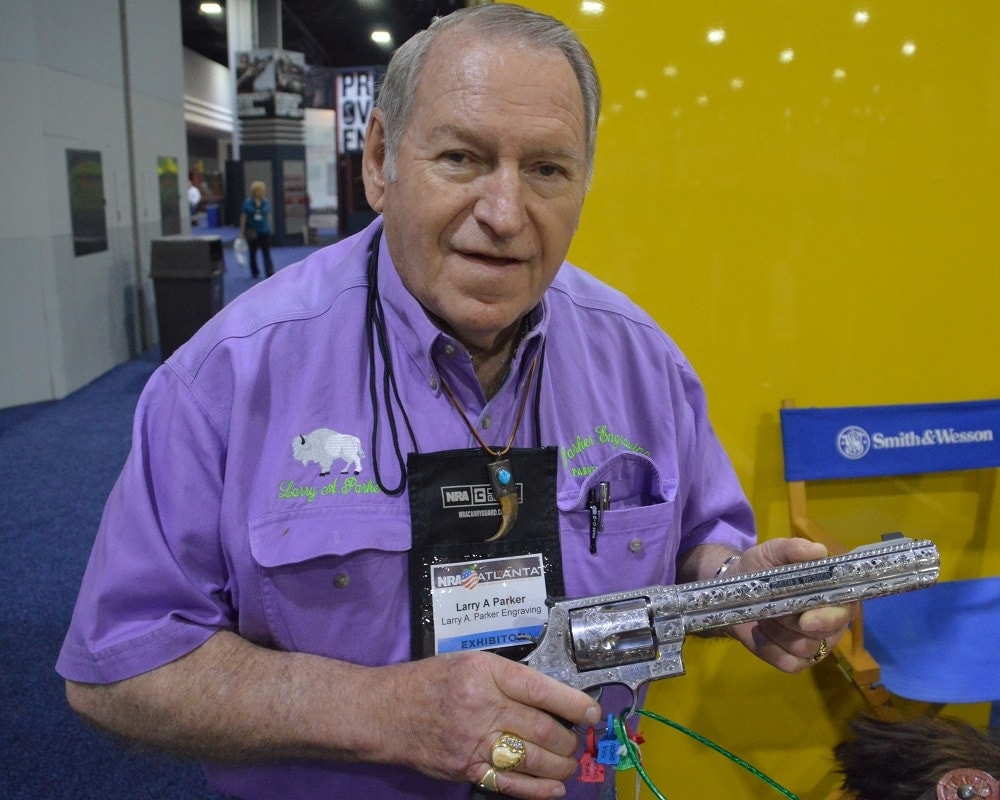 Parker has been working with guns since 1958 and has no plans to stop. (Photos: Chris Eger/Guns.com)

Larry A Parker, of Belmont, Ohio, has had a career in the firearms industry that has taken a lifetime but has produced treasures that will endure through the ages.

Guns.com bumped into Parker at the 146th National Rifle Association Annual Meetings and Exhibits at the Georgia World Congress Center in Atlanta and asked him about his work, that of a master engraver. The career path, with ties to the old world gunsmithing artisans of yesteryear, is not your typical one.

“I started building rifles in 1958. I actually started working on guns in shop class when I was in high school — I don’t think you can do that today,” he said.

Parker, the son of a carpenter, built 16 muzzle loading rifles, both flintlock, and percussion in his youth, all from scratch using curly maple stocks.

“Back then there wasn’t any kits available. You got you a plank of wood and you carved one out.” 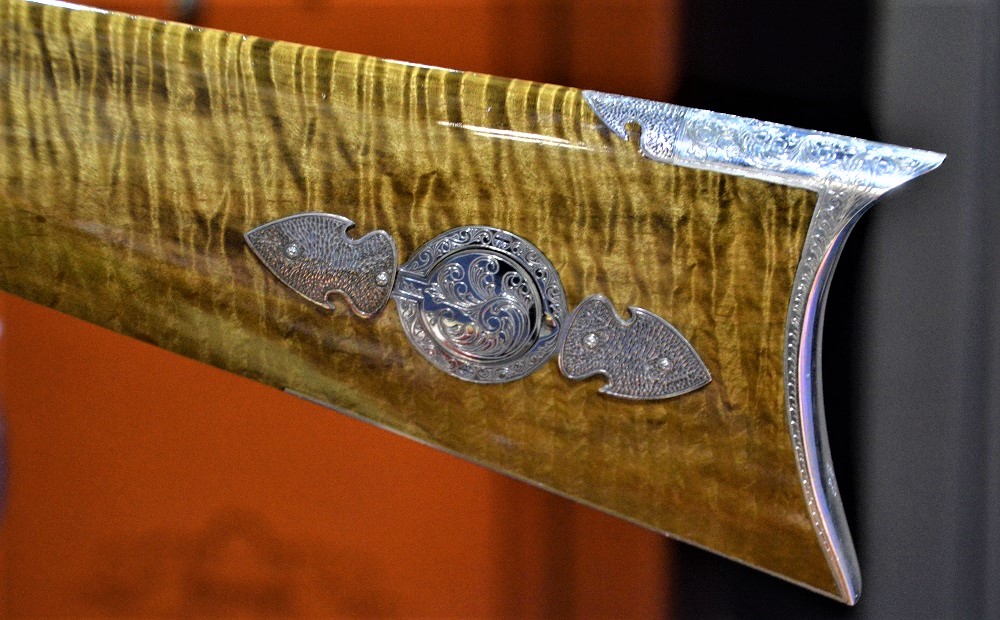 Moving on from his black powder days, Parker developed an interest in hunting “out west” and learned how to checker and, moving into making stocks for high-powered rifles as well as Browning and Model 12 shotguns. This triggered an expansion into engraving, a skill he first learned at the Rochester Institute of Technology’s College of Fine Arts in New York under famed Master Engraver Neil Hartliep for three years, then later Ray Virmontez and Lynton McKenzie.

“Engraving is not something you learn with video tapes and a book. You got to have a master engraver to show you the techniques, how to sharpen the tools, the angles, and stuff like that,” he says.

But that is just the beginning. Engraving is a perishable skill, notes Parker, one that, like the tools he uses, must be kept sharp.

“Then you have to stay with it. You can’t work an hour this month then come back and hour next month, you have to sit on your butt from eight to five and get with the program,” he says, explaining it can take weeks for one job. He shows off a Krieghoff Model 32 O/U shotgun at the table with 17 raised gold inlays and 166 inches of gold line work, as well as extensive checkering of the stock and furniture.

“I spent probably five to six months on that gun, working every day.” 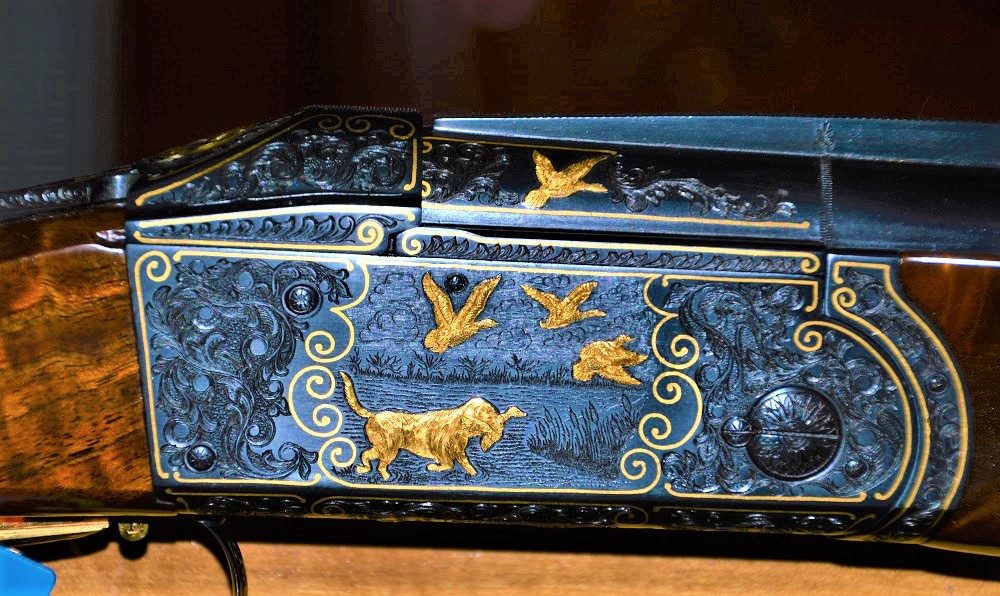 A custom rifle builder, he has produced 36 rifles from the ground up in his lifetime, starting with serial no. 1. His table at the show was filled with an assortment of extensively detailed firearms, many of which Parker could point to magazine covers they had been featured on through the years. Some of his art is on display at the Cody Museum. 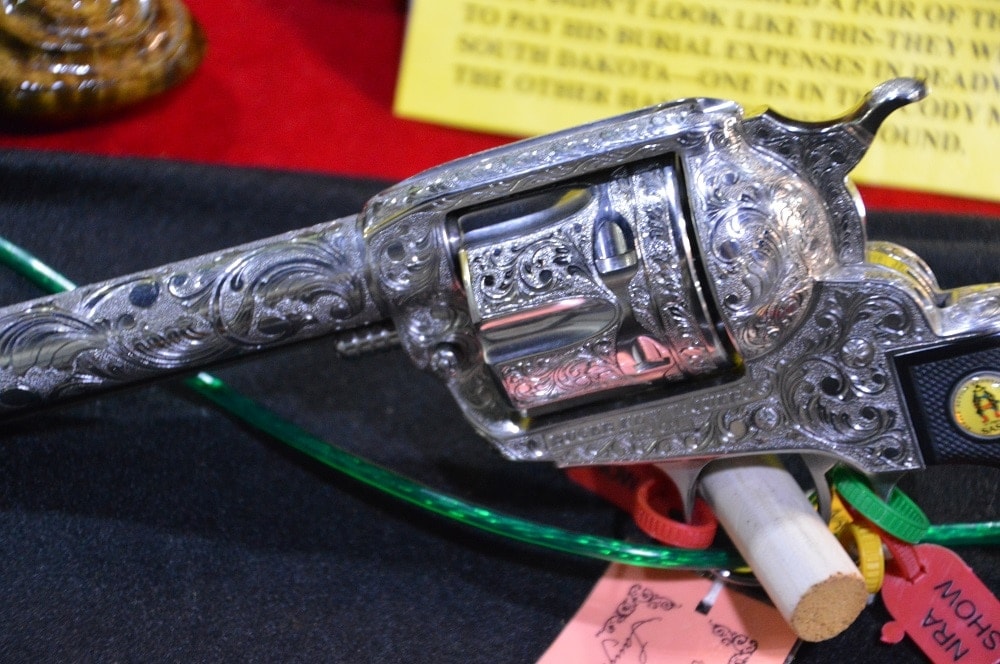 And increasingly, his artform is a dying one, especially the way he practices it.

“There are only about 330 master engravers in the United States and probably 70 percent of those use machines,” he explained. “But I am old school hammer and chisel — hand engraving.”

Parker explains that he draws all the design work on the metal first and then traces it delicately with a carbide chisel, working millimeters at a time.

“You get the depth with a chisel,” he says with the nod of a man confident he has found the way. 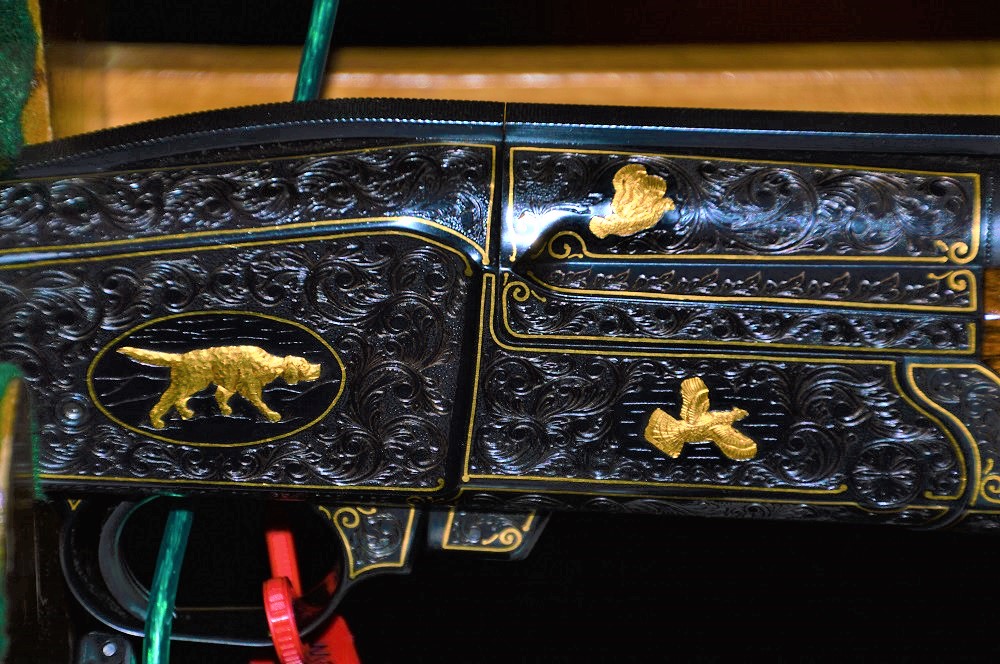 As show attendees stop and admire his work, Parker shows other items to which he has applied his special touch. Spurs, knives, tomahawks, powder horns. He will engrave your initials on your pocket knife for you while you wait and watch, spending the same level of care and attention that he did with the Krieghoff. 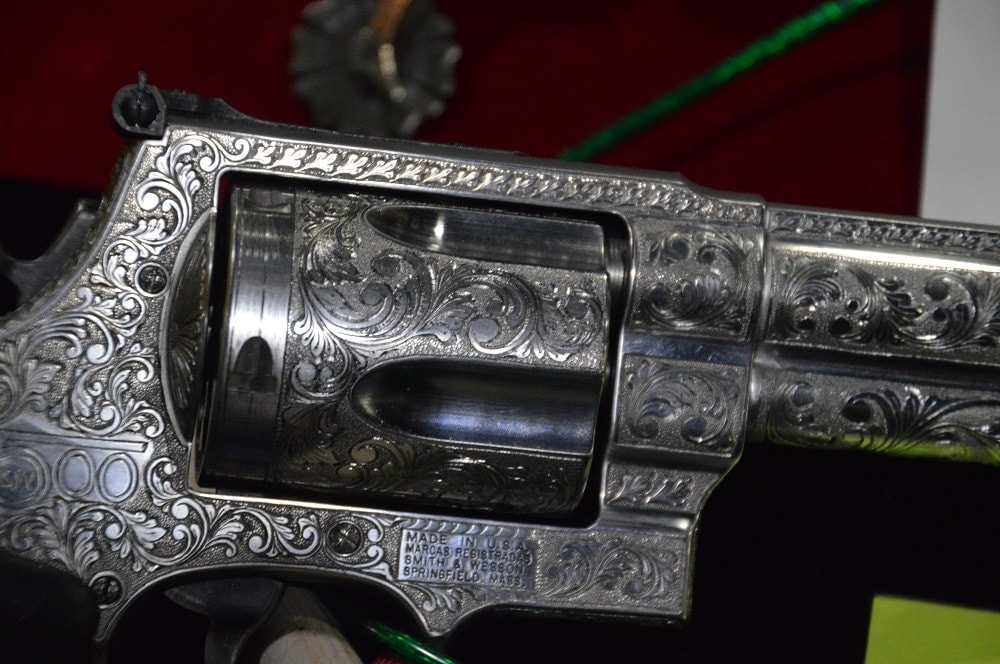 Parker is, however, selective about who he works for, noting that he turns down enough jobs in the average NRA Show to keep him in business for the rest of his life.

“I’ve never done anything for anybody famous,” he says. “I’d rather do something for somebody that has had to work hard all their life. They appreciate it more.”

Odds are, even if you don’t get to Belmont, Ohio, you can find Mr. Parker at the next NRA show with a smile. Just listen for the sound of the hammer and chisel. 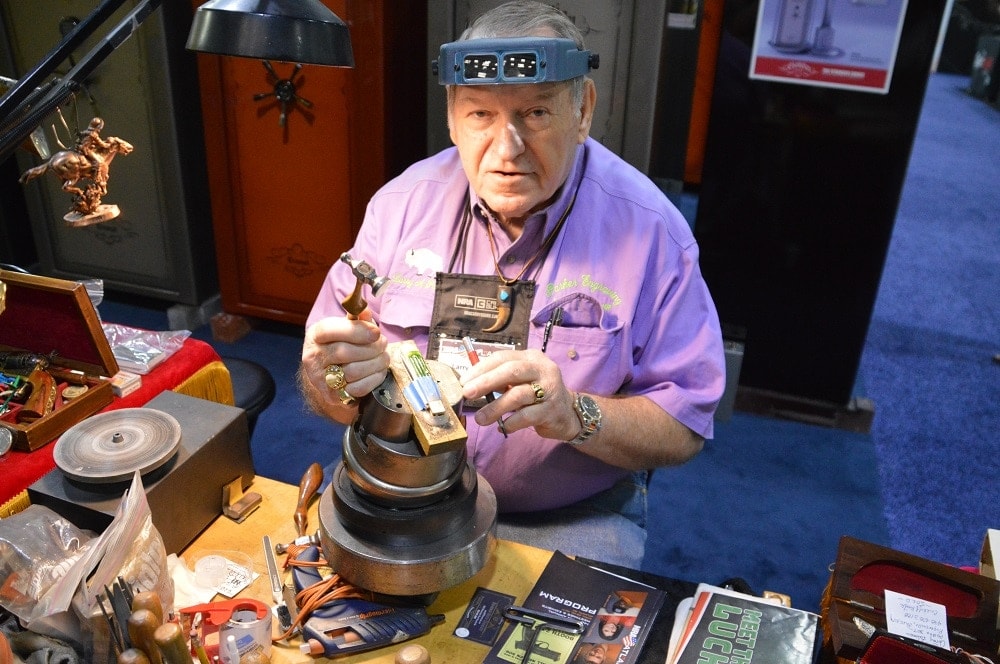