FightLite is keeping AR lovers 'behind the lines' in business (VIDEO)

Melbourne, Florida-based FightLite, through its SCR series rifles, has long been giving those whose local laws hinder traditional AR platform ownership a seat at the table

Geoffrey A. Herring originally started the company as ARES Defense Systems in 1997 and last year changed the name to FightLite to better reflect their products. Guns.com met with Herring over the weekend at the 146th National Rifle Association Annual Meetings and Exhibits at the Georgia World Congress Center in Atlanta and spoke with him about the SCR line of “featureless” rifles that use a standard AR upper and modded lower with a sporting (no pistol grip/collapsible butt) Monte Carlo-profile stock. 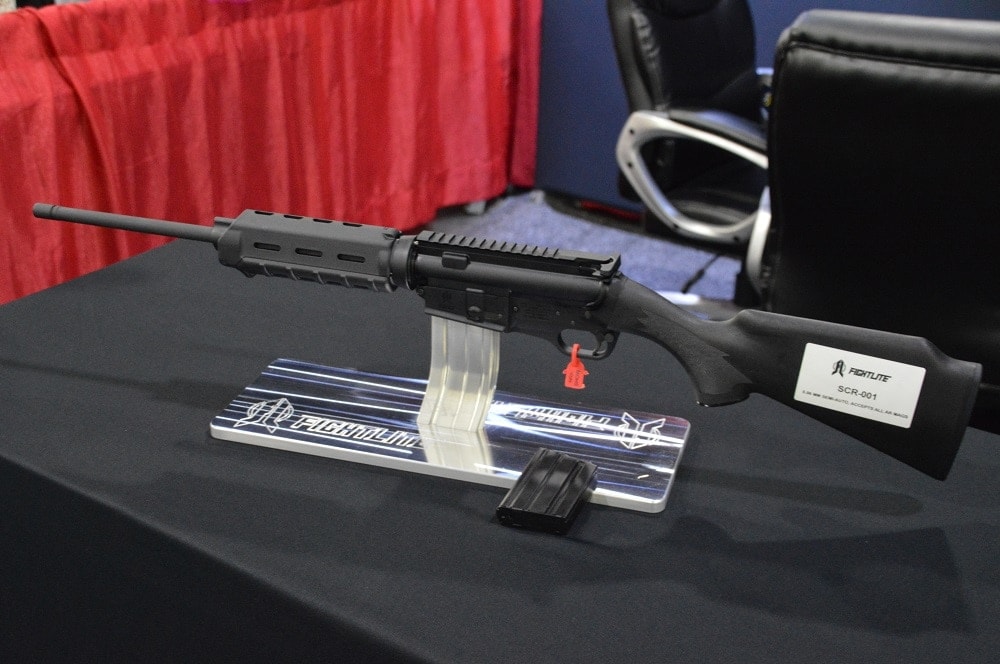 The guns, originally designed to be compliant with the now-sunsetted federal assault weapon ban, coincidentally are still compliant with New York’s 2013 SAFE Act and have become a big hit (as have other featureless designs) in post-Gunmageddon California.

With five-round magazines standard — they also accept any regular AR mag — the receivers are made from 7075-T6 forgings and use mil-spec Carpenter 158 bolts and 4140 chro-moly 1:9 twist barrels. Stock and forearms come in Magpul MOE with M-LOK systems as well as KeyMod with MSRP running from $1132 upward. They also sell lower receiver assemblies through a variety of dealers that, if you shop around, can be found for under $500.

Coincidentally, on the other end of the spectrum, FightLite also makes the MCR belt-fed AR.