Inside the collector’s corner at NRA Atlanta (PHOTOS)

With more than 800 booths and vendors, the sprawling 146th National Rifle Association Annual Meetings and Exhibits in Atlanta last week had something for everyone– especially collectors.

Tucked away in the “100s” the collector section at NRAAM took up the first aisle of the Georgia World Congress Center exhibition hall and the assemblage of preservationists, auction houses and relic curators had a rare firearm exhibit open to the public rivaling anything you could see in a museum.

Rock Island Auctions was on hand with a very nice sampling of items for their upcoming Premiere Auction in May. 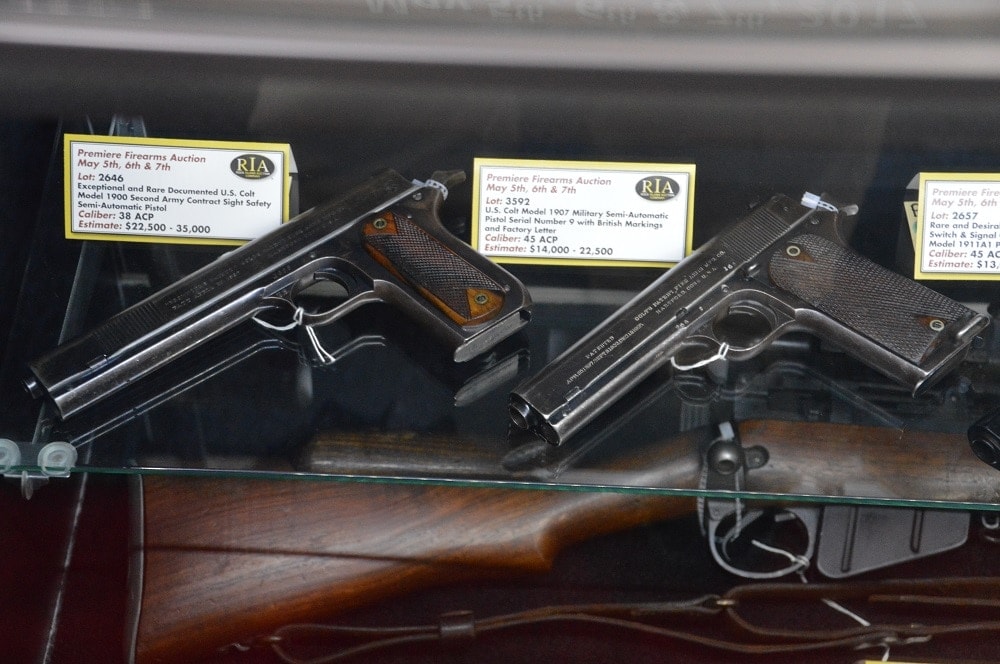 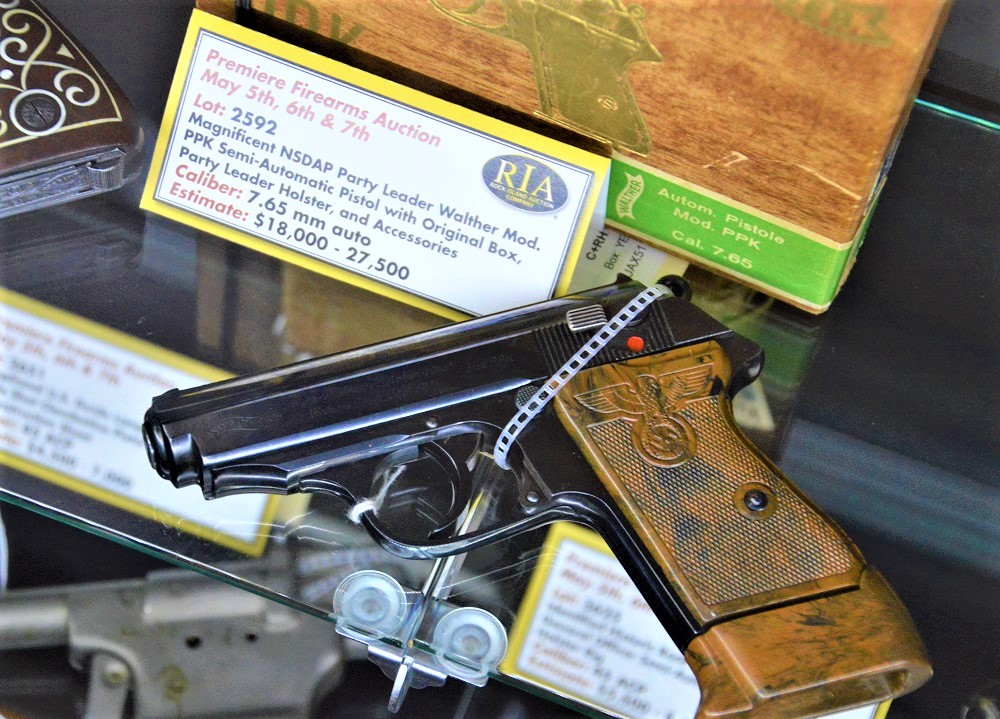 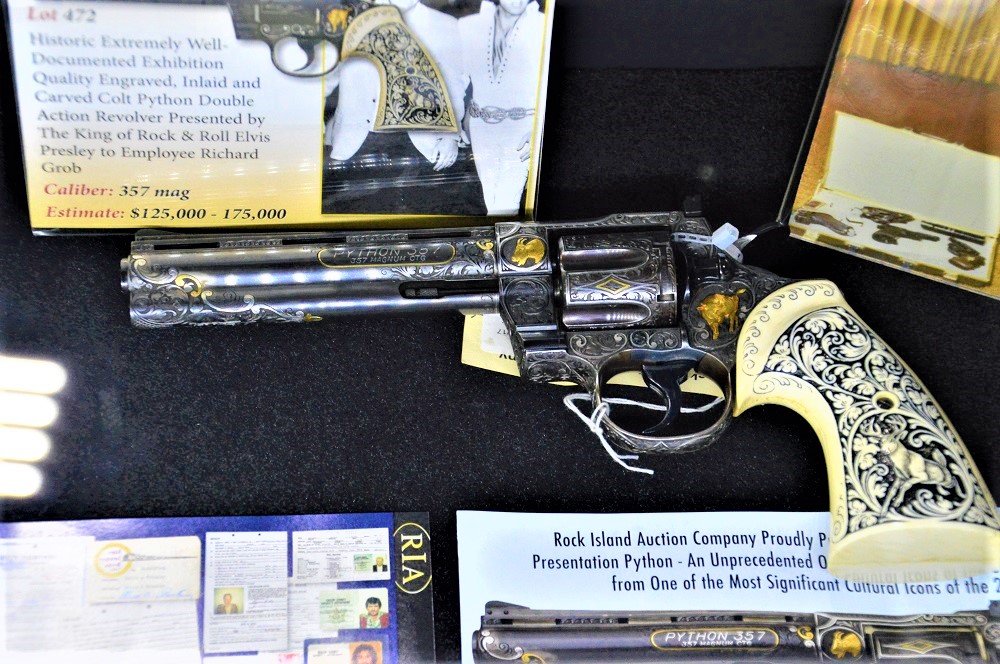 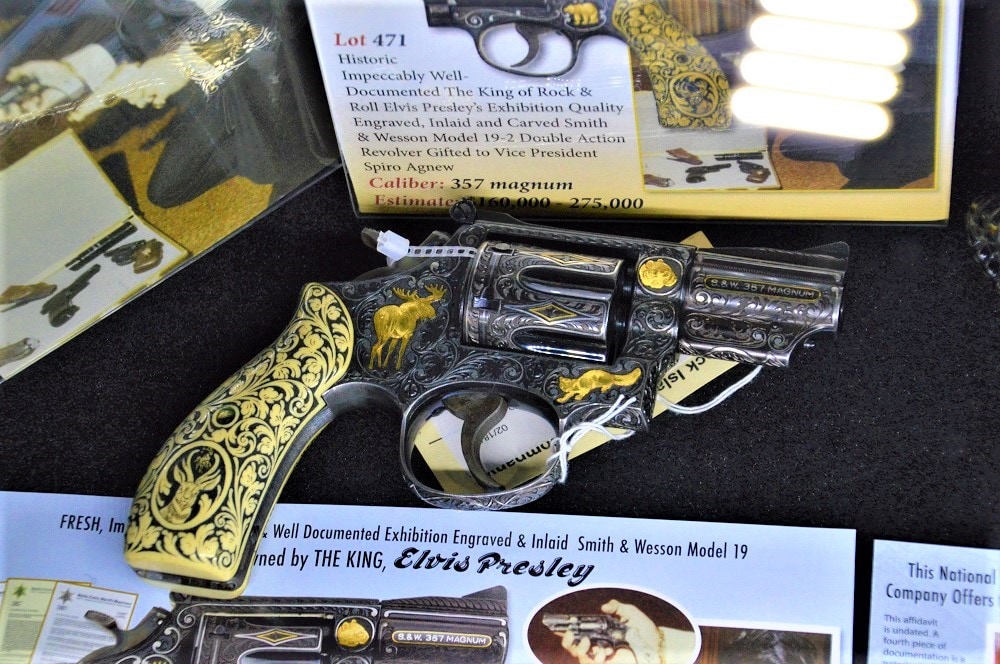 Along with a matching Smith

The Georgia Collector’s Association was on hand with an extensive collection of antebellum-era master gunsmith/silversmith/militia colonel Wiley G. Higgins, who made firearms in the Indian Springs area of Monroe County (which was the frontier in the early 1800s and capital of the Creek Indian Nation) prior to the Civil War. 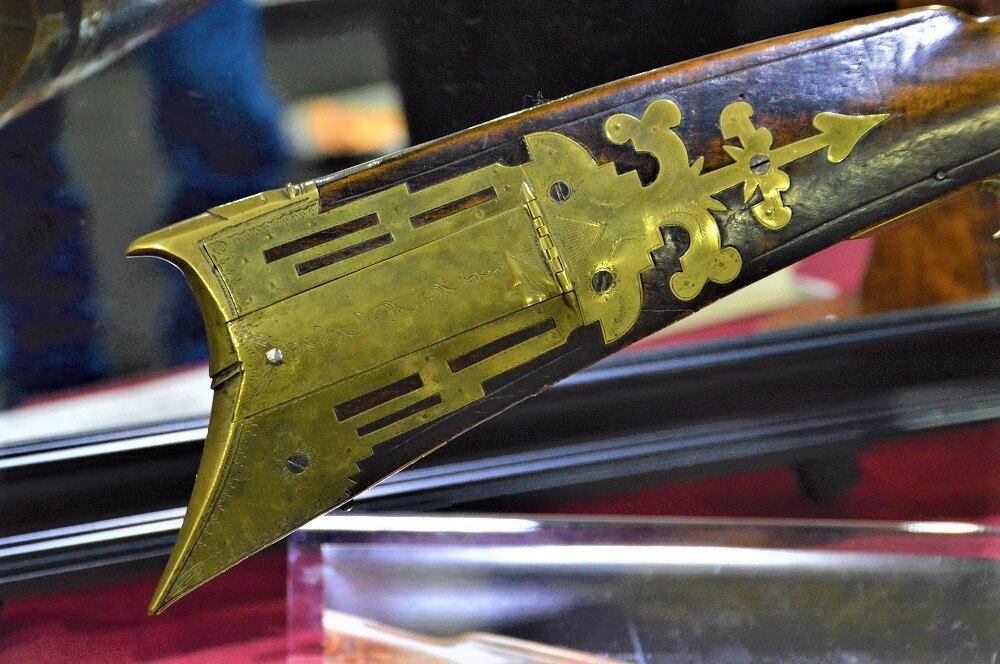 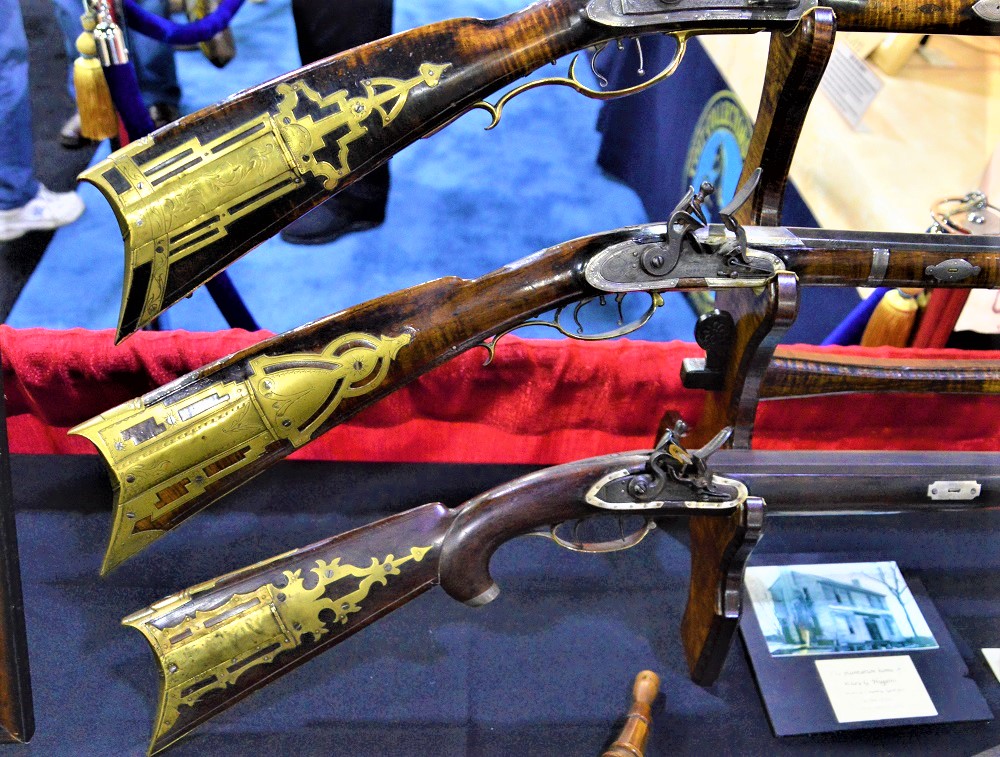 But he also was known for his fine pistol craft 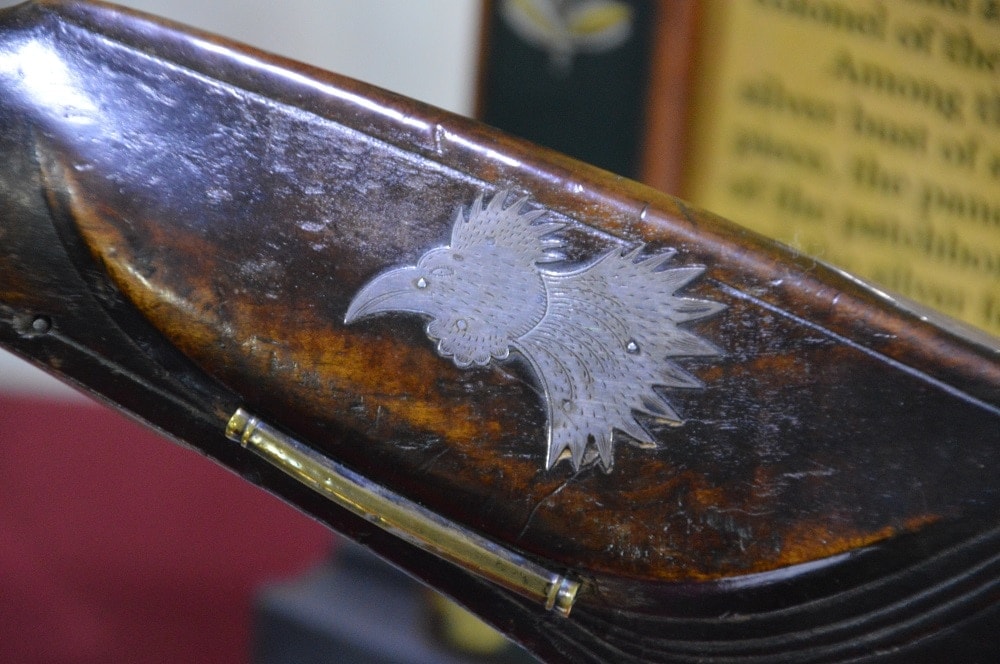 Higgins, who hailed from South Carolina, made this “Gamecock” flintlock rifle around 1825. 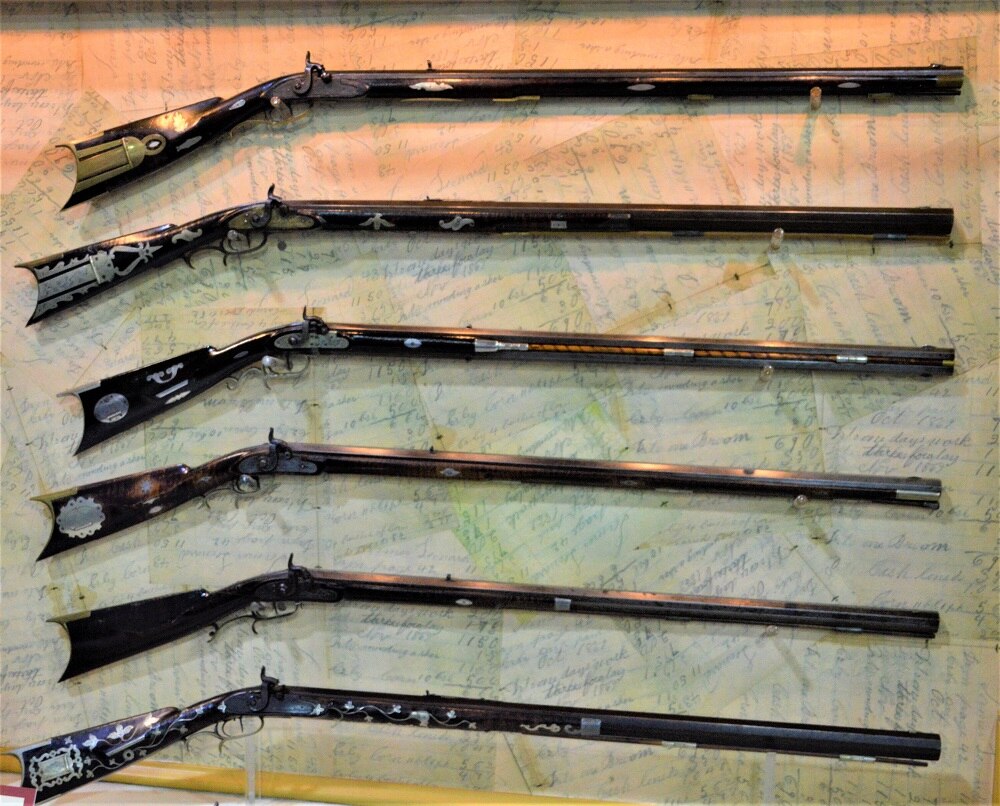 The Winchester Arms Collectors Association came with a comprehensive display of guns and memorabilia dedicated to the Winchester Junior Rifle Corps which used a network of 6,000 hardware store dealers to help train local youth in marksmanship with specially marketed rimfire rifles and a complex series medals and competition awards. At its peak in 1924, the Corps had 200,000 members. 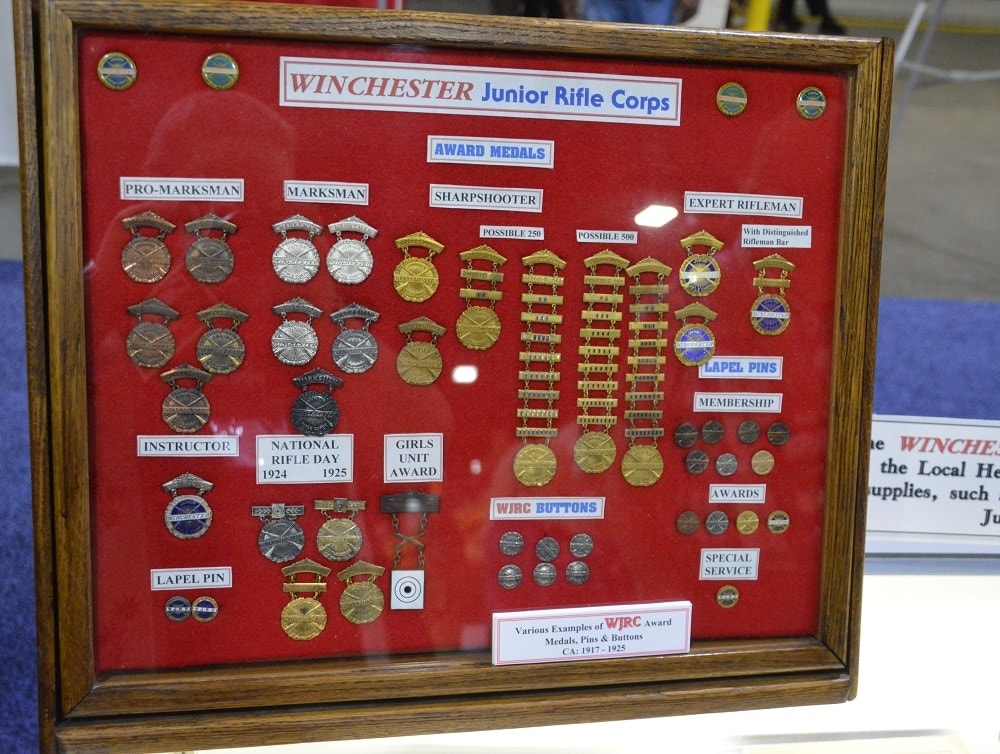 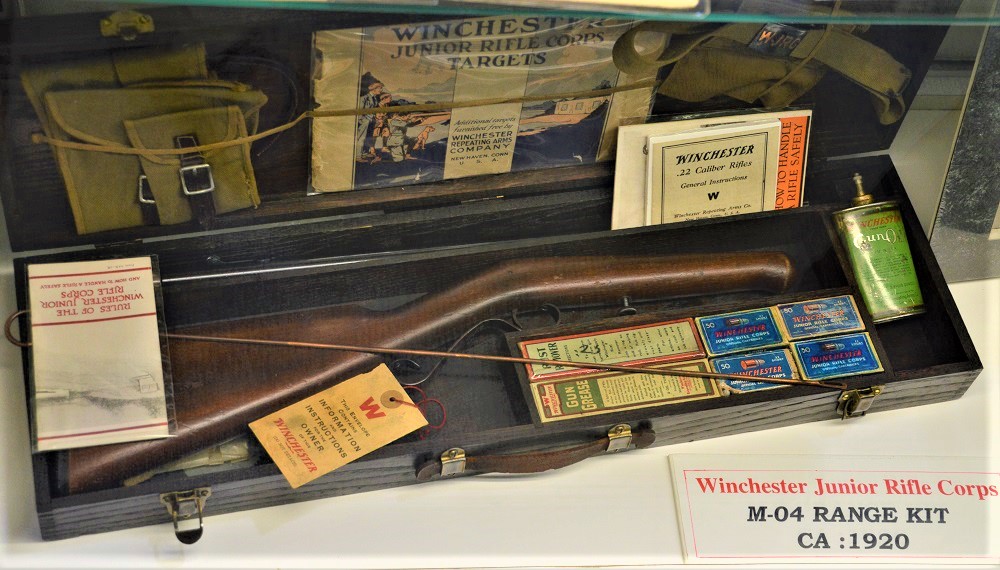 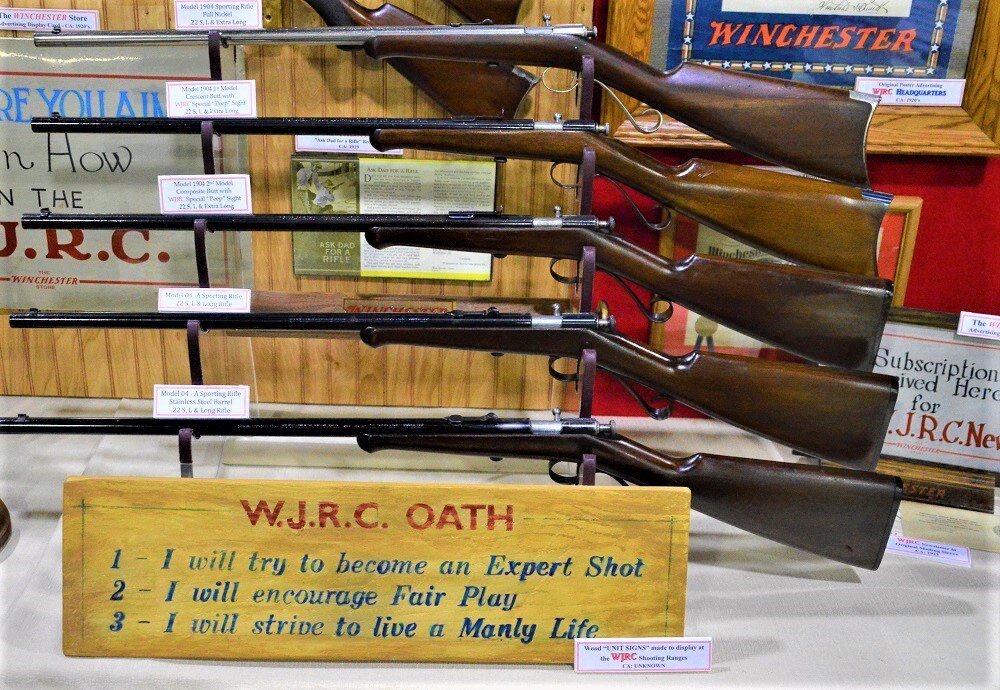 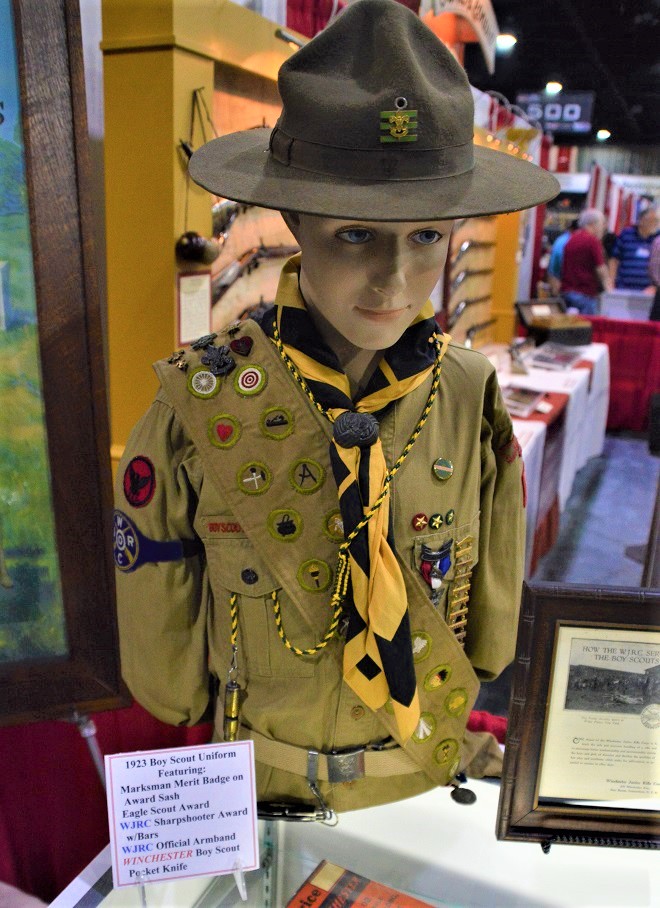 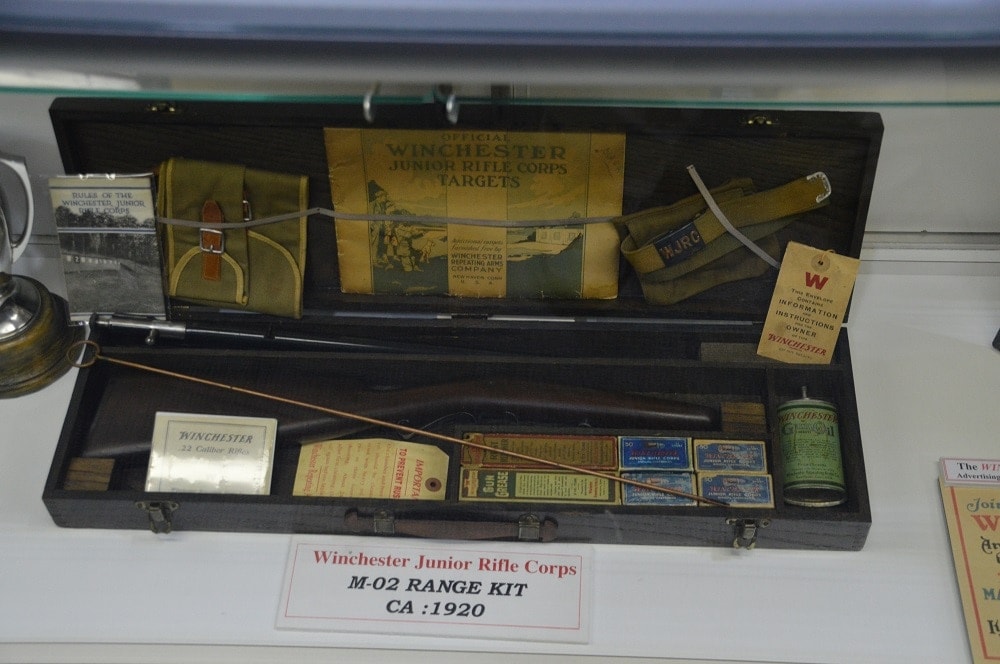 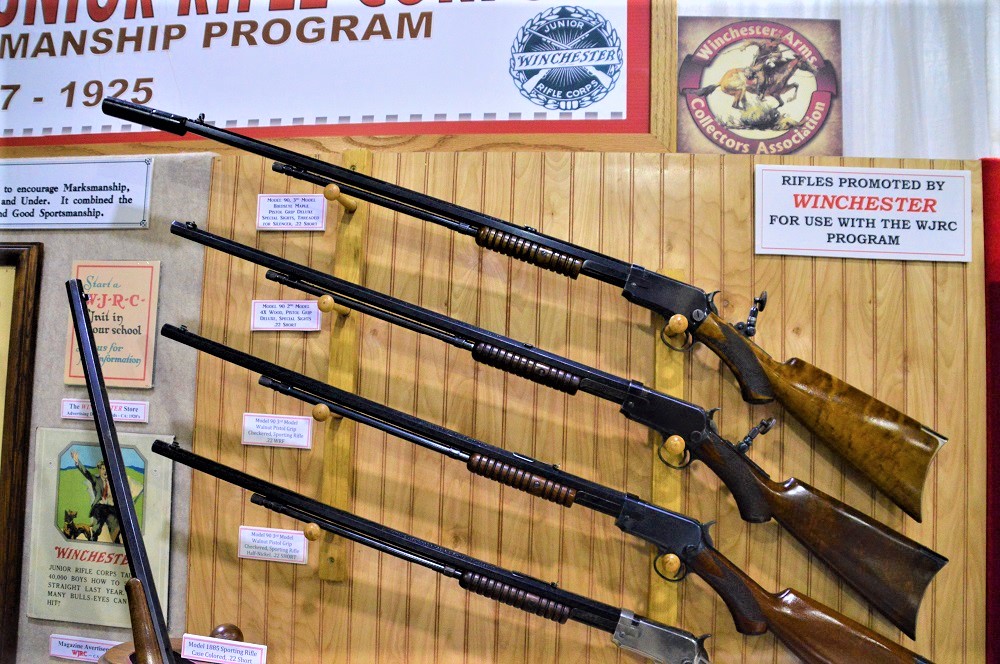 And yes, that Model 90 .22 short rifle at the top was sold prior to the NFA with a silencer to keep kids interested in shooting without hurting their ears. 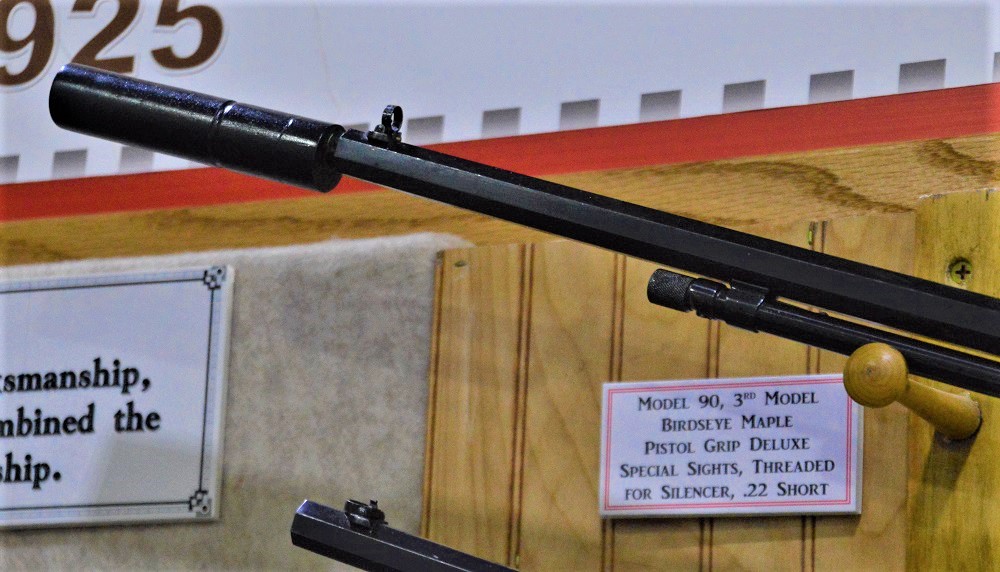 How about a correct U.S. Navy Model 1861 Plymouth Rifle with bayonets brought to the show by the Virginia Gun Collectors Association? 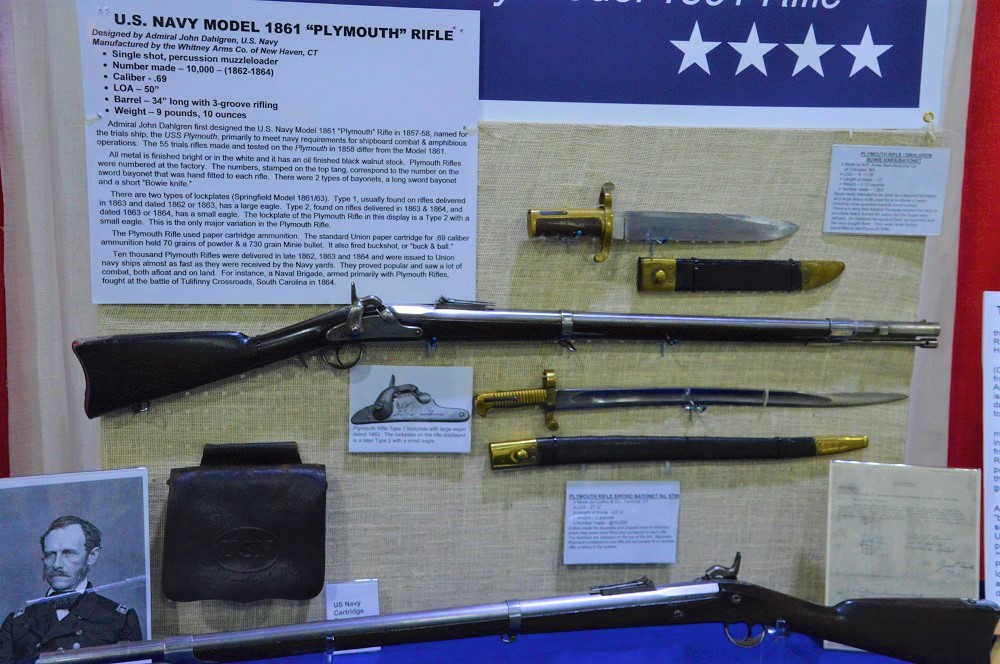 Just 10,000 of these .69 caliber muzzle loaders were made for the sea service during the Civil War and the OSS later wound up buying 500 from a surplus dealer in World War II to arm local militias in the Pacific islands.

We can’t wait to see what is up for display in Dallas next year!