The Lite Flute UFX, one of several new pistols offered on the Buck Mark series, showcases the Browning logo on its fluted sleeve. (Photo: Browning)

Browning announced Friday that its Buck Mark pistol lineup is expanding, adding a bevy of new guns to the popular pistol series.

The Buck Mark line is made in the USA on a machined aluminum frame. The pistols all feature a precision-rifled barrel, blow back action, crisp single-action trigger and adjustable sights making it a popular choice for target shooters and hunters. 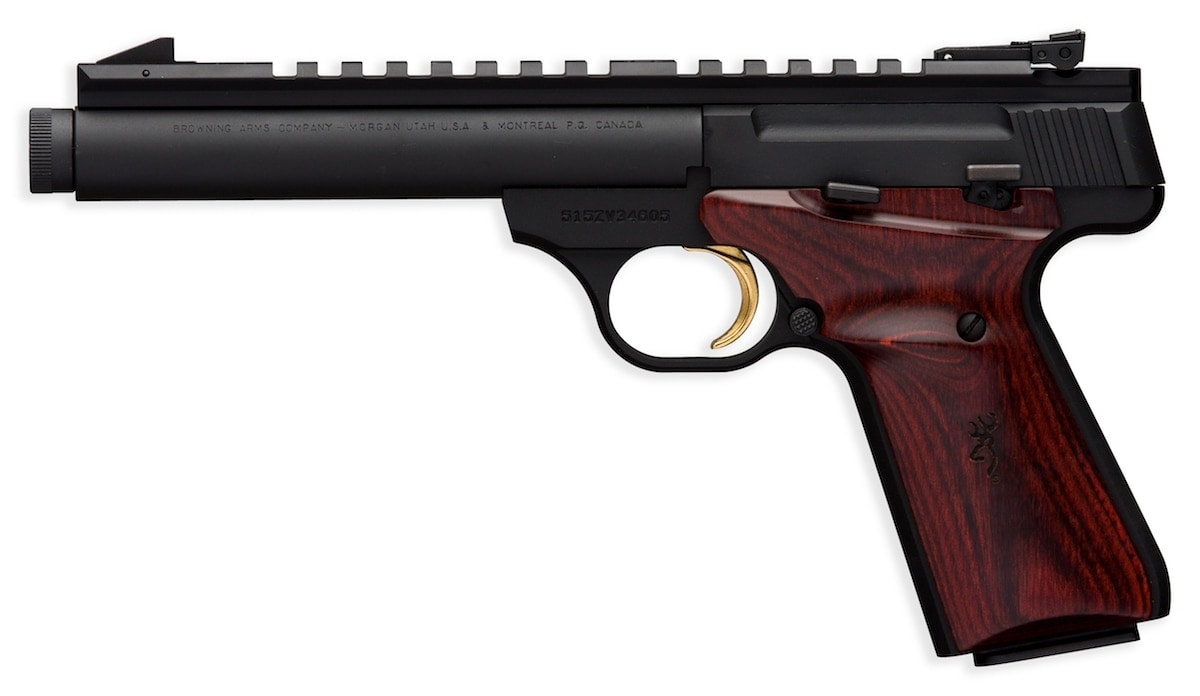 The Buck Mark Field Target Suppressor Ready model is the first to join the Buck Mark family. It features a heavy round 5 1/2-inch barrel that is threaded and ready to accept a suppressor. A thread protector is included with the pistol. Shooters can expect an integral optics base as well as an adjustable Pro-Target rear sight and front blade sight. The Suppressor Ready model is topped off with laminated Cocobolo target grips. The model is currently priced at $599.99. Browning is also offering a Field Target model that is nearly identical to the Suppressor Ready except does not feature a threaded barrel for suppressors. The standard Field Target is priced just shy of $580.

The Buck Mark Lite Flue UFX opts for a 5 1/2-inch steel barrel and offers a lightweight alloy fluted sleeve in matte blued finish. Other attributes of the UFX are an adjustable Pro-target rear sight and Truglo/Marble Arms fiber-optic front sight. Ambidextrous Ultragrip FX round out the aesthetics. the UFX is priced at $559.99. Browning also introduced a Lite UFX option that has the same features as the Lite Flute UFX but offers a Picatinny rail mounted on the bottom of the barrel to support lasers or lights. The Lite UFX also boasts the Buckmark logo machined into the top of the alloy fluted barrel sleeve. That model retails for $589.99. 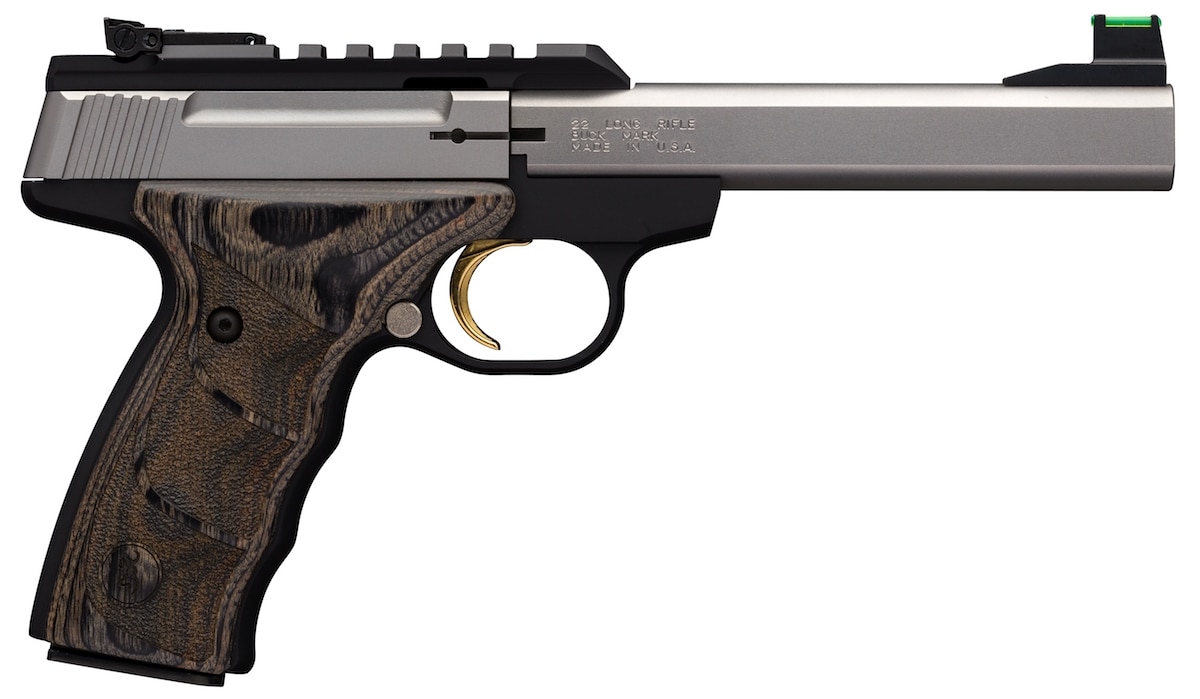 The Buck Mark Plus line gets a boost with four new models added. The UDX, Stainless UDX, Rosewood UDX and Practical URX all feature a 5 1/2-inch barrel, though the UDX boasts a bull barrel. All models feature a Picatinny rail for optics with an integrated Pro-Target adjustable rear sight. A Truglo/Marble Arms fiber-optic front sight also accompanies the pistols. The new Plus line ranges in price from $479.99 to $599.99.