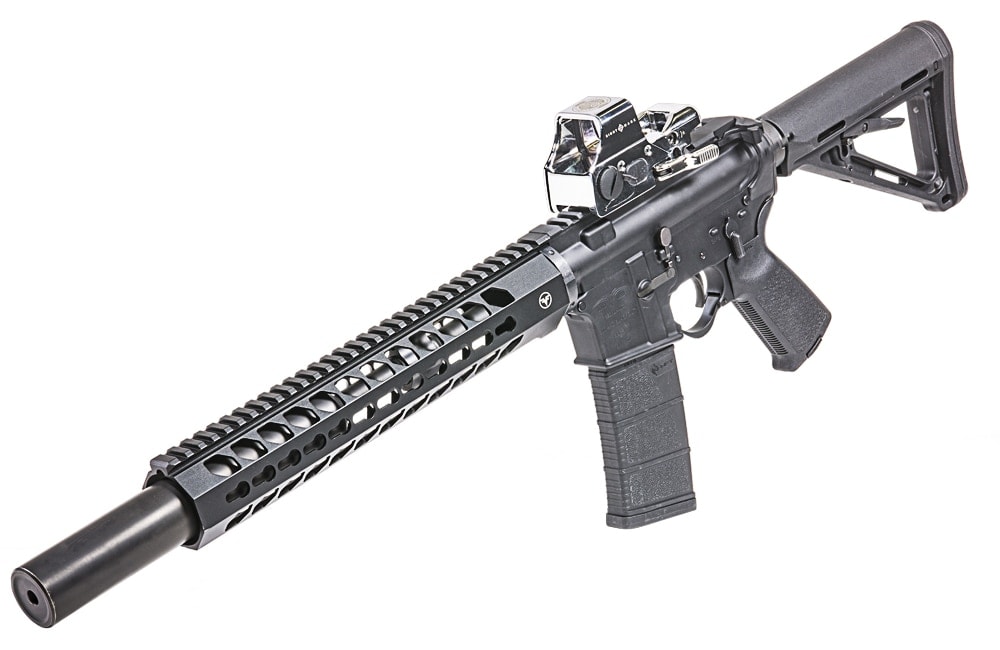 The 10th Anniversary Ultra Shot Plus by Sightmark, seen mounted on a rifle, commemorates Sightmark’s 10th anniversary in the tactical industry. (Photo: Sightmark)

Sightmark celebrates a decade in the tactical business with the release of the limited edition 10th Anniversary Ultra Shot Plus Reflex Sight.

The 10th Anniversary Ultra Shot Plus is a picatinny and weaver rail compatible reflex sight, recoil-rated up to .50 caliber. The sight boasts features such as a AR-red coated lens system, multiple red and green reticles with five brightness settings and a robust parallax correction. 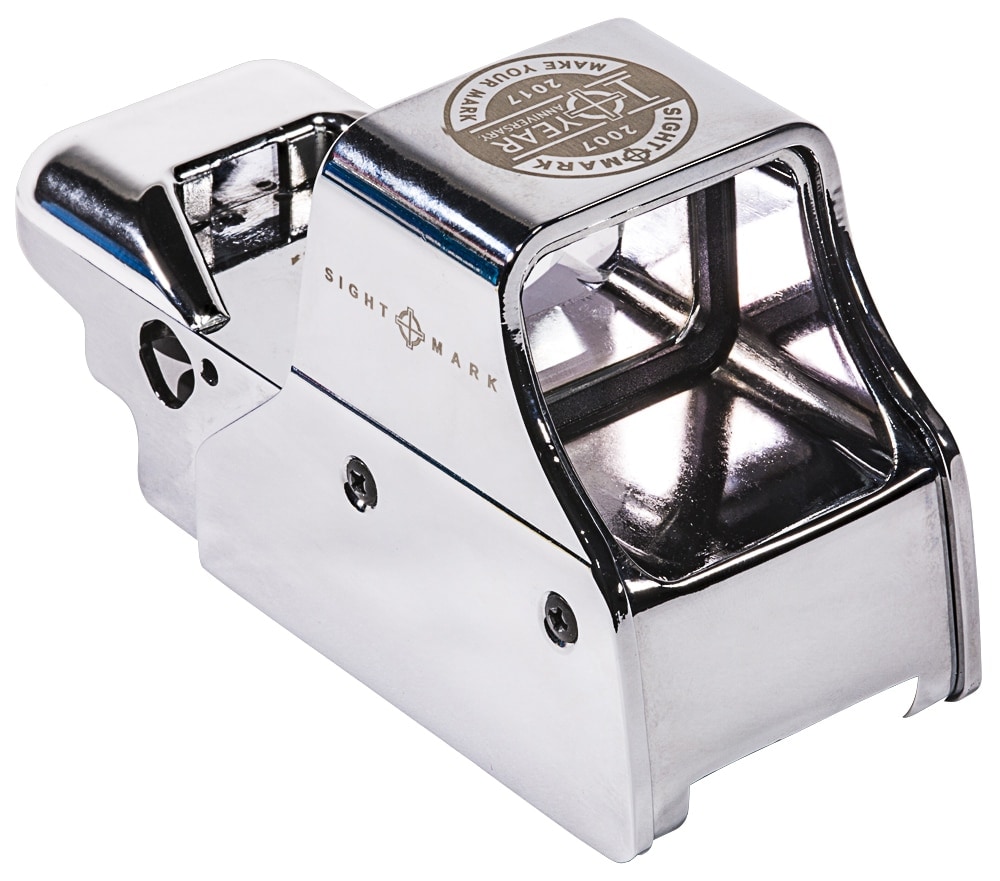 Sightmark intends to only produce 100 of the snazzy chrome finished sights. (Photo: Sightmark)

An ergonomic design aids users with a “ultra-easy” operation, according to Sightmark. The sight touts 1-MOA windage and elevation adjustability as well as a battery life capable of up to 2,000 hours.

Sightmark says only 100 of the chrome finished anniversary edition sights will be produced. Consumers can snag one from Sightmark while they can for $219.99.