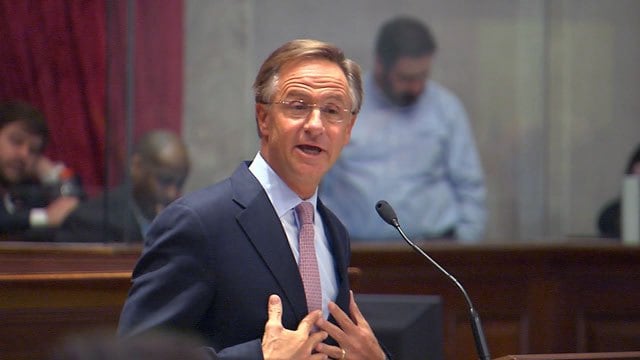 Tennessee Gov. Bill Haslam signed a bill last week that will require cities and counties to either implement more security measures at public facilities or allow handgun permit holders to carry their firearms.

The Associated Press reported the measure, House Bill 508, was signed by Haslam on Friday, with the governor’s office saying the bill will allow for the enforcement of a preexisting law meant to prevent local governments from imposing regulations on guns.

Under the new law, cities and counties will be required to either install metal detectors and post security guards at public facilities or allow lawful gun owners with handgun permits to carry their firearms.

The measure will also provide lawful gun owners with a private cause of action to challenge local firearms rules they feel are not being implemented properly.

“This bill also leaves to local governments the ultimate decision of whether to prohibit firearms in local government buildings, and the new provisions in this bill give local governments and their permittees more control over security at large entertainment venues,” Haslam spokeswoman Jennifer Donnals told the Associated Press in an email.

While the National Rifle Association has applauded the bill, opponents have argued it would put local governments in a tough situation. Some, such as Nashville Mayor Megan Barry, worry that the new law will force local governments to allow guns on public transportation often used by children.

“Our concern is for the safety of our traveling public, a large percentage of which are school age children,” Barry said in a letter to Haslam earlier in May.

“In addition,” Barry continued, “we are concerned about provisions that would allow for the tripling of a plaintiff’s attorney’s fees for those challenging local government actions, as this may encourage frivolous lawsuits with the promise of a larger payout for attorneys.”