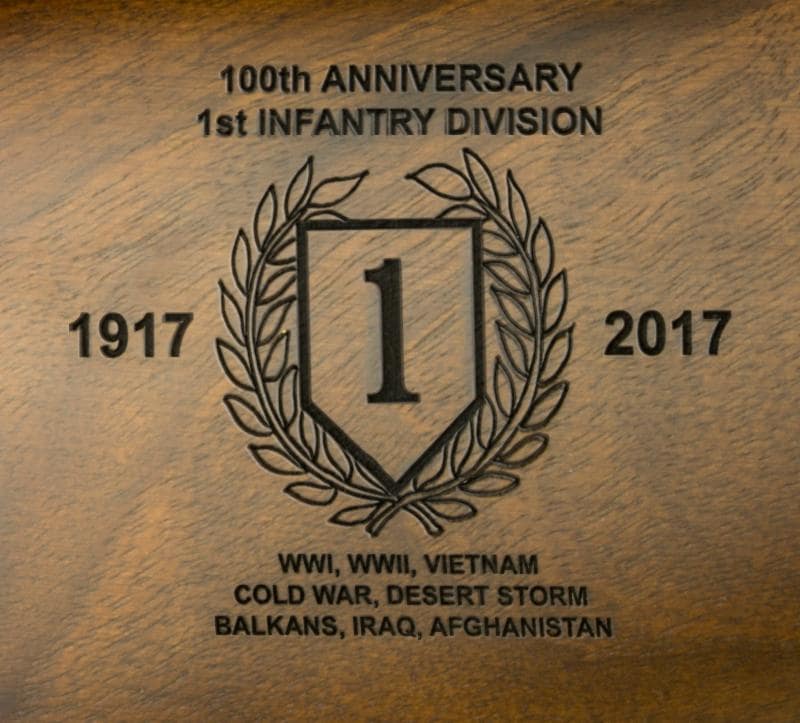 Inland says the 1st Infantry Division leadership wanted to recognize the 100th anniversary with special firearm and reached out the gun maker for help in crafting two models with historical significance.

The first model chosen was the 1944 version of the M1 Carbine. Inland’s M1 boasts several of the same characteristics as the original Inland carbines. The US made rifles feature a type 2 barrel band, adjustable rear sights, push button safety, round bolt and low wood walnut stock. The stock is hand rubbed with oil and is topped off with an engraving of the 1st Infantry Division’s shoulder patch, accomplishments and recognition of the anniversary. The commemorative M1 ships with a 10-round magazine and is priced at $1,179.

Following the M1, Inland chose the 1911A1 Government Model pistol, chambered in .45 ACP, as the second option to finish out the 100th anniversary editions. The 1911A1 hearkens back to the original 1911 designed over a century ago, modified in 1942 and then designated as the 1911A1. The pistol found service with 1st Infantry Division members longer than any other firearm in the division’s history. 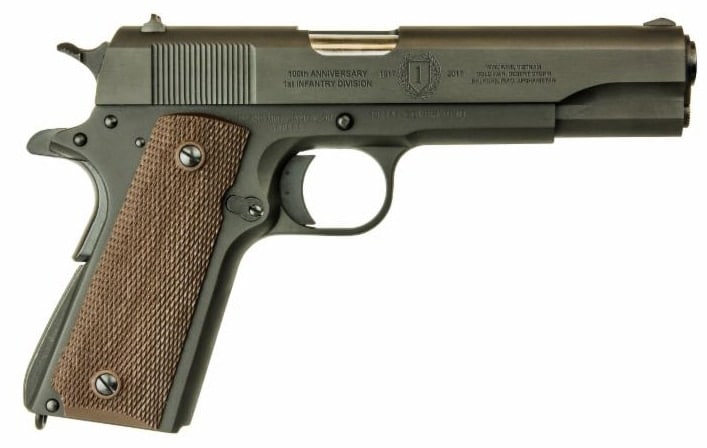 The 1911A1 Government Model offers the original G.I. configuration including vertical slide serrations, fixed combat sights, GI style grip panels and a lanyard loop. The pistol also touts engraving on the right side of the slide, featuring the 1st Infantry Division’s shoulder patch and recognition of the 1917-2017 100th year anniversary. The model retails for $829.