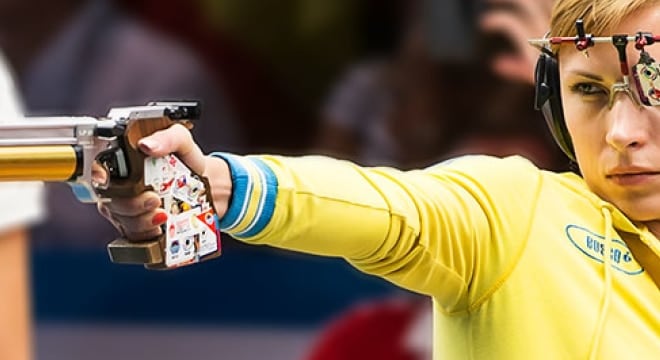 Moving towards being “more youthful, more urban, and more women” the International Olympic Committee approved a host of changes to the shooting sports for the upcoming Tokyo Games.

The group on Friday announced they agreed with changes proposed by the International Shooting Sports Federation, the governing body for Olympic-style shooting, that aims toward a larger goal to boost female participation while appealing to more youth.

“The fascinating new events that we approved today, together with the five new sports that were added to the Tokyo 2020 programme last year, represent a step-change in the Olympic programme,” said IOC President Thomas Bach.

In are new youth-focused and urban-based additions such as Basketball 3×3 and BMX Freestyle, on top of Sport Climbing and Skateboarding while traditional sports such as Canoe, Judo, Rowing, Sailing, Shooting and Weightlifting will become gender balanced.

Similarly, to meet a new 10,500-athlete cap on participation at the Olympic Games, the quota of shooting athletes at Tokyo 2020 will be set at 360, compared with 390 at Rio 2016, which means some teams will have to shrink.

The ISSF’s Administrative Council, which approved the recommended changes at its meeting in New Delhi, India earlier this year, welcomed the news from the Olympic Committee.

“Having been part of the sports program since the creation of the modern Olympic Games, the ISSF greatly values its partnership with the IOC. Of course, we recognize the need to continually improve,” said ISSF President Olegario Vázquez Raña, in a statement. “The IOC encouraged the inclusion of mixed gender team events, and this is the kind of innovation that the ISSF has a proud history of bringing to our sport, like the introduction of finals and electronic scoring.”

The shooting events cut are some of the longest running in modern Olympic history.

The 50m Rifle Prone has been a staple of the Olympics since 1912 while the 50m Pistol – commonly called Free Pistol – has been in the games since 1896, in both cases with Americans winning the first gold medal awarded for the events. Men’s Double Trap made its Olympic debut in 1996 with the U.S. picking up gold at the 2008 Beijing Olympics.

USA Shooting, the national governing body for the sport of Olympic-style shooting in the U.S., made clear they opposed the move, noting Team USA’s historic success in these events.

“It is important to note that the U.S. Olympic Committee has in no way directed these Olympic shooting program changes,” said David Johnson, interim CEO of USA Shooting in a statement issued previously.