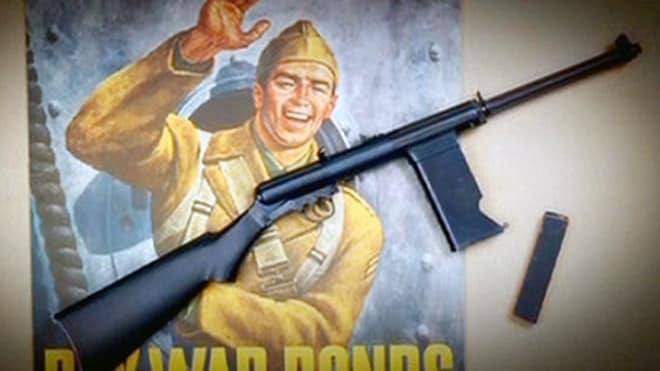 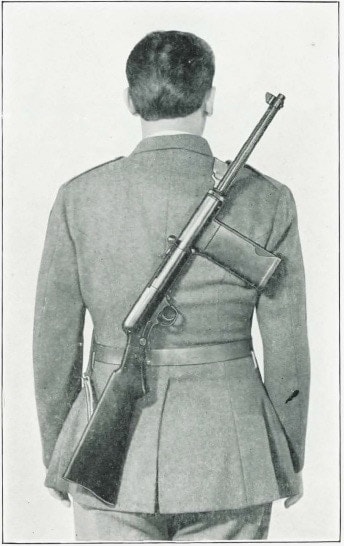 When you think about Smith and Wesson firearms made in 1940, what leaps to mind is the pre Model 10 .38 caliber Military & Police revolvers. What you may not know though is that the Smith half of this duo was also making in that very year a light rifle for an overseas ally in (what was then) a very un-American caliber. What follows is the cautionary tale of the Smith and Wesson Light Rifle.

And it does not have a happy ending.

In 1939, with Europe in a crisis and Japan making noises in the Pacific, Smith and Wesson was busy designing a light rifle to cash in on the crisis. Up until that time, Smith was a handguns-only company, specializing in revolvers. The company had missed more than a few lucrative contracts during the First World War, only picking up a handful sales of its large frame revolvers by default, and they wanted to have a good product ready for the next big one. 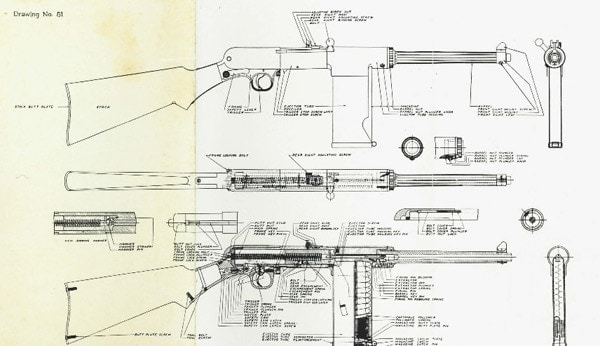 At the time, some of the most popular types of guns worldwide were the pistol caliber carbine sized, submachine guns such as the US-made Thompson, Finnish Suomi, the German MP28, and the Italian MAB 38. These contemporaries had fine artisanship and finish, an almost full-sized wooden stock, and a detachable box magazine. With the most popular caliber of these guns being 9x19mm Parabellum, S&W took the aforementioned shopping list of design points and created something unlike anything the company had done before or since.

With at least some money advanced to S&W by the British government (who were well aware of what Mr. Hitler was doing in Germany) the company moved forward with the design. Dubbed the 1940 Light Rifle, Smith’s gun used a 9.75 inch fluted barrel coupled to a heavy machined steel receiver. While measuring just 33 inches overall, the gun tipped the scales at 8.59 pounds with an empty magazine due to the solid nature of its construction.

Using a 20 round box magazine, the receiver had an over-engineered and very complicated magazine housing. This led an immediate action drill to be anything but. Like the STEN, Mac-10, Fox, and other submachine guns/carbines that followed it, the 1940 fired from an open bolt.  This meant the rather heavy (17 ounce) bolt would slam forward in milliseconds upon firing with a tremendous amount of force. Once there, the action is of the straightforward blowback type but ejection is via a garbage chute style tube that feed empties through the same complicated magazine housing that chambered it.

The gun was designed in two different models, the Mk.1 and the Mk 2. The first model had a movable firing pin and simple safety device while the improved second model used a fixed firing pin and a more intricate safety. 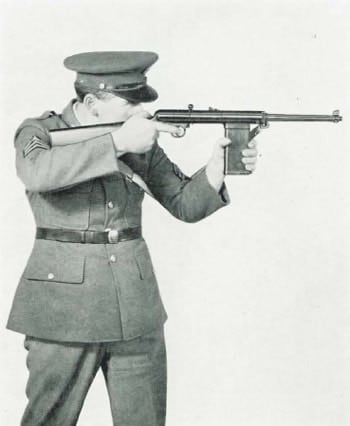 Problems with the weapon started popping up, only after a few of the guns arrived in Britain for testing. It seemed that the British army’s standard nine milly ammo at the time was on the +P+ side while the stuff the S&W engineers had worked with was much milder. This led to stressing, feeding problems, ejection problems, frowns and head shaking. The nail in the coffin though was that at about 1000 rounds, the receiver tube would snap off like a cartoon brought to life. Smith made design improvements, added a sleeve over the receiver tube, and did other fixes.  He even went into damage control mode and courted additional trials. But he never really got the bugs worked out. Meanwhile he submitted the new gun to the US military as well, hoping for more success there.

Overall, the Model 1940 looks like a mechanic’s nightmare. Besides odd ergonomics, its weight, its hard to change magazine, and its failure to properly cycle ammunition with any sort of reliability, it was also more expensive to manufacture than era guns with new design options such as the later model Lanchester and STEN submachine guns — and all without the ability to fire fully-automatic. In all, fewer than 2000 of these guns were thought to be made in both variants.

Changing a magazine on a Smith 1940 rifle.

The US passed on the design, instead selecting a combination of arms that included the vaunted M1 Carbine, the M3 Grease gun, and a redesigned version of the Thompson sub machine gun to do their light work. These designs not only worked better than the 1940, but they did not use 9mm to do it.

The Brits themselves were so unsatisfied with the design that they reportedly torched the 1227 guns they took possession of and deep sixed the remains at sea as if they were hiding Megatron.  From a nation desperate enough to put such guns as the Northover Projector (a potato gun style weapon that fired Molotov cocktails) into full rate production—that’s saying something.

The story doesn’t end with the British donating their Smith 1940s to Davy Jones’ locker. In 1974 S&W inventory control specialists were going through an old warehouse and stumbled across 217 new 1940s packed for shipment in 10 gun crates, of which 137 were Mark-Is and 80 Mark-IIs. These guns were then sold to distributors in the following year and then passed on to the public.  These few guns are still floating around in the states today and, having the triple rarity of (1) a S&W rifle (2) chambered in 9mm before it was considered cool, and (3) officially all destroyed, makes them crazy collectable. In the past decade, these nearly new (but C&R eligible!) guns have gone for over $5000 at auction.

Keep this in mind if someone ever tries to sell you a funny looking semi-auto 9mm rifle with S&W factory markings that include “Patents 2213348 & 2216022’ for a good price.

In 1955, the first U.S.-made 9mm Parabellum pistol came off the assembly line from an American factory. It was the S&W Model 39 and it had a slightly better track run than their rifle in the same caliber.

And there went the neighborhood.