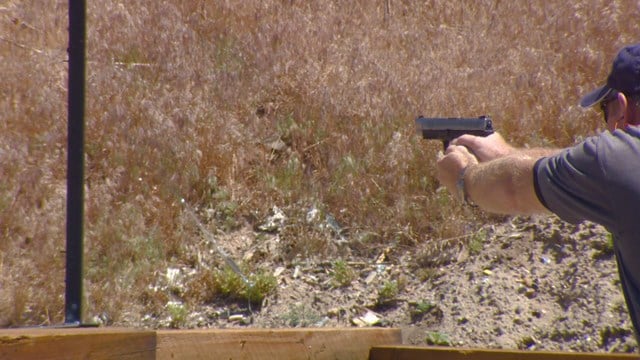 Some Colorado teachers have headed to the gun range instead of summer vacation in order to receive active shooter training in Weld County.

“In a nutshell, it is training for teachers and other school staff who are armed first responders in their schools,” said Laura Carno, founder of the civil liberties group.

The program, first started in Ohio, offered scholarships to teachers and other school staff members in Colorado, many of whom are from rural districts.

“By and large rural school districts, who have made the decision that law enforcement is 30-45 minutes away,” Carno explained. “They are their own first responders.”

Ronnie Wilson, who hopes to start a K-12 charter school, was one of the first to fire some rounds at the training.

“I’m looking for every possible venue and avenue to ensure safety of students,” Wilson said.

Under current Colorado law, school staff members with permits can carry concealed guns in school so long as they have been designated as a security officer.

Carno noted Wilson was the only trainee willing to give his name, as knowing who is armed in a particular school might give an attacker a strategic advantage. She said many involved in the training are already carrying concealed firearms in their schools.

Some opponents of the program, like Tom Mauser of Colorado Ceasefire, argued the staff members won’t be receiving the same level of training as armed security guards.

Mauser, who lost his son in the 1999 Columbine High School shooting, said staff members carrying guns may cause more confusion for law enforcement arriving at an active shooter scene.

Those sentiments were echoed by Ken Toltz, the founder and co-chair of Safe Campus Colorado.

Toltz also said the program was started by the Ohio gun lobby and characterized it as an attempt to lay the foundation for another push to loosen gun laws in Colorado.