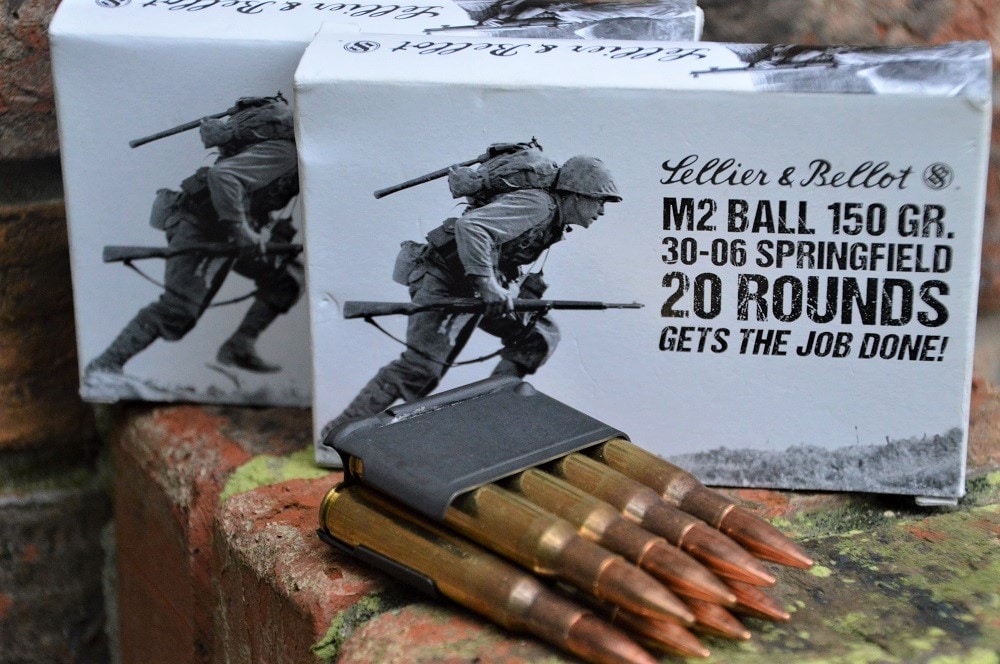 S&B makes over a dozen 30.06 loads, including one aimed at John Garand’s M1. (Photos: Chris Eger)

With M1 Garands at perhaps the height of popularity and stocks of military surplus ball waning, one manufacturer is offering a solution.

Over 5 million 30.06-caliber Garands were produced, serving as the mainstay for the U.S. and many allied militaries from WWII through, in some cases, the late 1970s. These eight-shot rifles, called the “greatest battle implement ever devised,” by no less a military authority as Gen. George S. Patton, were fed a steady diet of 150-grain M2 ball ammunition, for which their sights were ballistically calibrated. 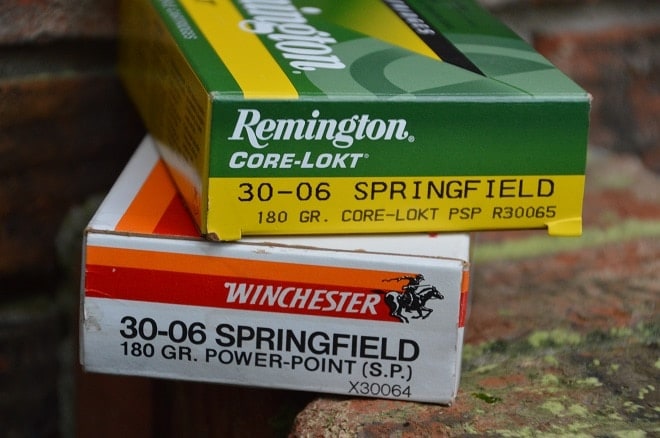 Commercial hunting ammo can often go well above 2800 fps at the muzzle, which can lead to problems with an M1.

However, while commercial soft-point hunting loadings are readily available in “aught-six” today, the traditional full metal jacket load has been out of full-scale production in the states for some time. Further, using commercial loads, which are sometimes a good bit hotter or use a different pressure curve, can damage the M1’s oprod or, if they don’t produce enough gas pressure, not cycle the action. While this can be alleviated by a ported gas screw, commercial ammo can also be more expensive and many Garand collectors frown on aftermarket parts. 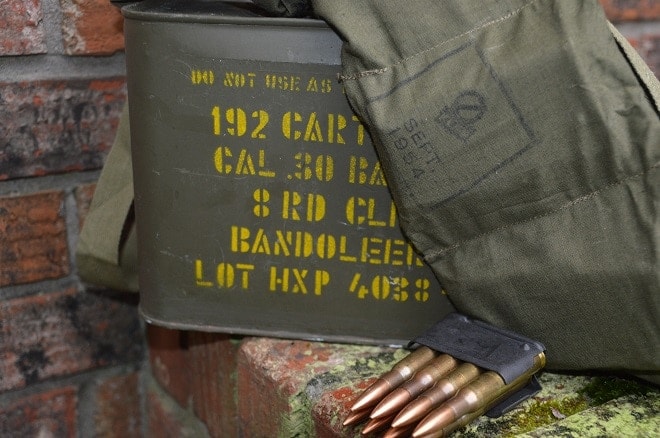 With U.S.-made military M2 ball largely unavailable, Greek and Norwegian surplus has been the go-to for the past decade, but stocks are now at all-time lows.

A workaround for now-exhausted cans of military Lake City M2 has long been overseas stocks purchased on the surplus market from NATO allies such as Norway and Greece. Back in 2005, the Civilian Marksmanship Program, a federally-chartered non-profit well-known for their M1 program, was able to wrangle 25 million rounds of 150-grain Greek-made Pyrkal HXP ammo manufactured in the 1970s and smaller quantities of AYR-marked Norwegian Garand food crated in the 1950s, both of which has proved popular in service rifle matches and target shooting for more than a decade.

But all good things must come to an end.

On a recent visit to the CMP’s operation in Anniston, where green ammo crates were once stacked 30 feet high in a warehouse that could hide a Wal-Mart, the organization now only has about 20,000 rounds of surplus ammo left on hand, and that figure is rapidly falling.

What they do have in quantity is a loading they have worked with S&B to develop, a new man M2 FMJ doppelganger loaded to military spec. 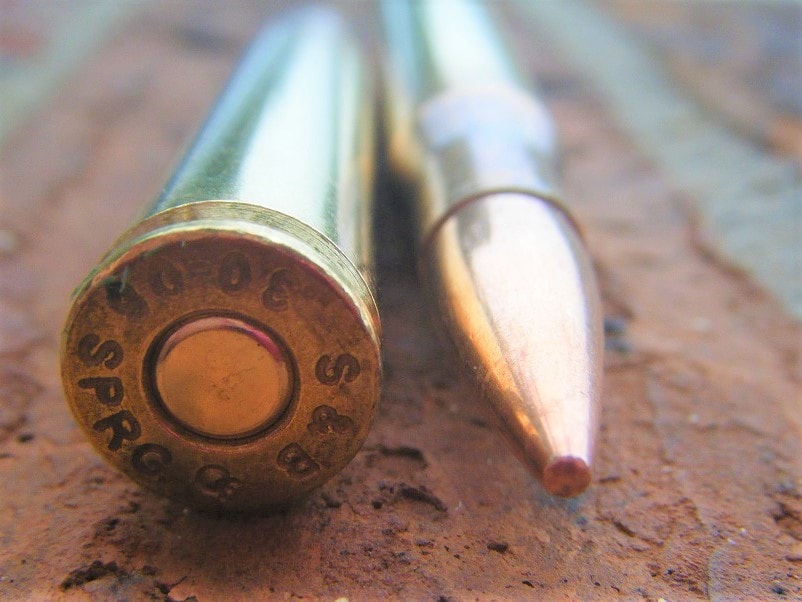 Given 100 rounds to T&E, we hit the range to see how they worked. 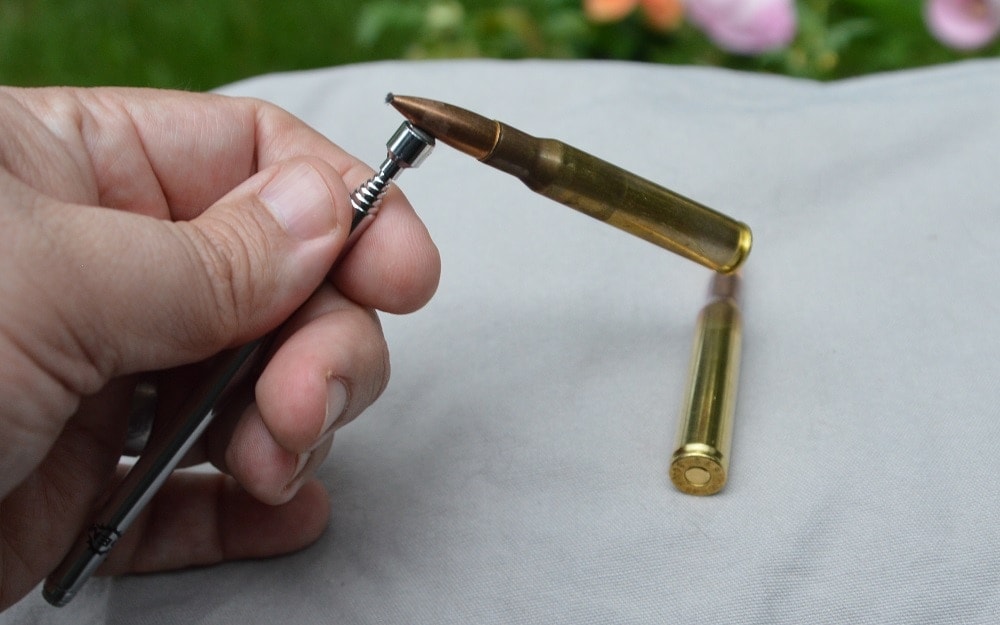 While many loadings on the surplus market are corrosive (Norwegian) or attract a magnet (such as the Greek HXP shown here) which can draw frowns at some ranges, the S&B load, shown to the right, is neither.

In comparing the S&B load with legacy milsurp, the grave news right off the bat is that they come in standard 20-cartridge commercial boxes, not in green spam cans already loaded on en bloc clips inside canvas bandoliers.

Meh, we can dream. No worries, they loaded up on surplus, post-war AEC and CMP-marked clips we already had without a problem.

The good news is that the new loads, besides not dating to the days of sock hops and 8-Tracks, do not attract a magnet like the old ones. Also, the primers are noncorrosive, a trick that some surplus rounds cannot always perform.

The big bar of success with the ammo was that it A) worked in M1s with no issue and B) was a similar pressure curve to traditional mil-spec loads.

On the first, we fired 96 rounds through two different GI M1s, a 1944-vintage Springfield and a 1954 International Harvester, with no problems, producing 12 “pings” and a bunch of ragged .30-inch holes on paper in groupings decent enough to want to do a local DCM match with. 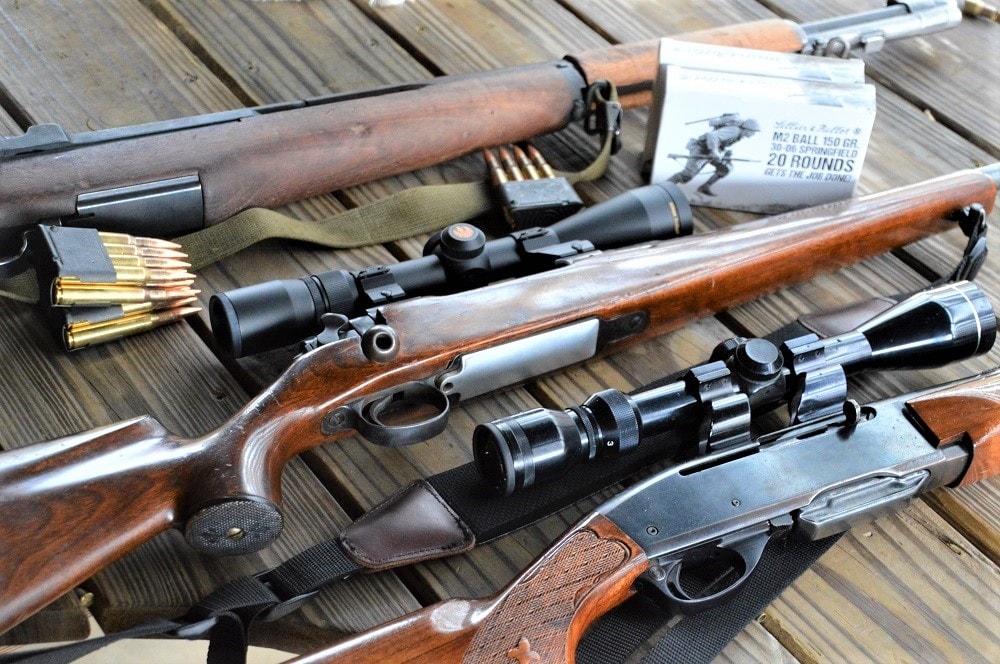 We ran 92 rounds through a pair of Garands without issue, and also gave four shots apiece through two vintage “aught-six” rifles, who between them have accounted for a whole herd of deer over the past century.

We also tested two rounds each in a sporterized Great War-era M1917 bolt gun and a 1970s vintage Remington 742 Woodmaster, for function. It should be noted that the “vintage” load worked in both. 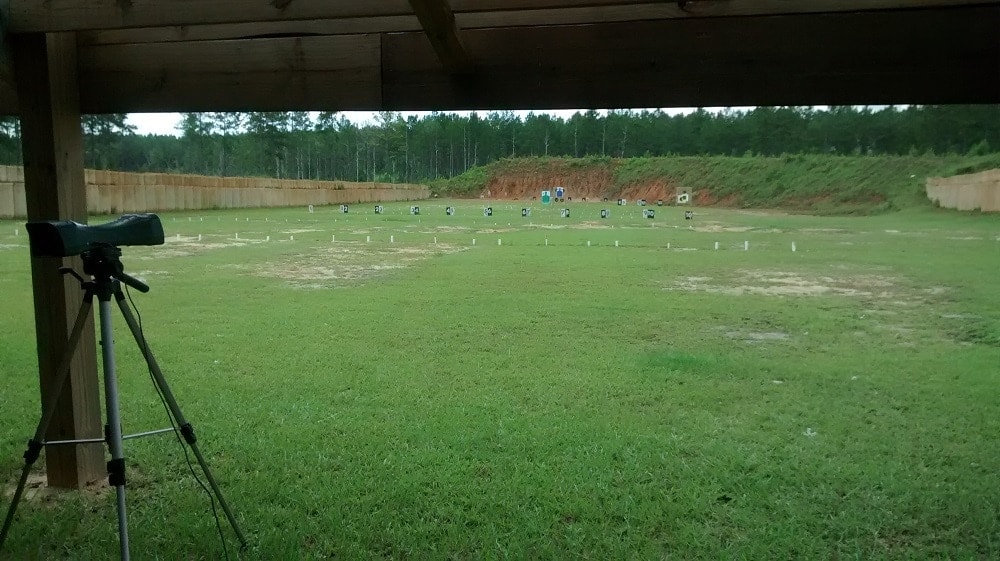 When you talk about value, the S&B M2 load brings it at about $0.80 per round with free shipping if bought by the case from CMP. When you consider that Berdan-primed gray-case 168gr FMJ Wolf Military Classic runs about $0.60 per cartridge plus shipping, the only real competitor the load has for bulk ’06 users is 150 grain Serbian-made Prvi Partizan, which is also aimed at the M1 Garand owners market with reproduction GI packaging and, if you shop hard enough and can find it in stock, can be picked up for about $0.75 per round before S+H.

Speaking of packaging, the S&B load is in circulation in both the “GI” white box and in a black and gold box, with some good deals if you poke around.

May the “ping” be with you. 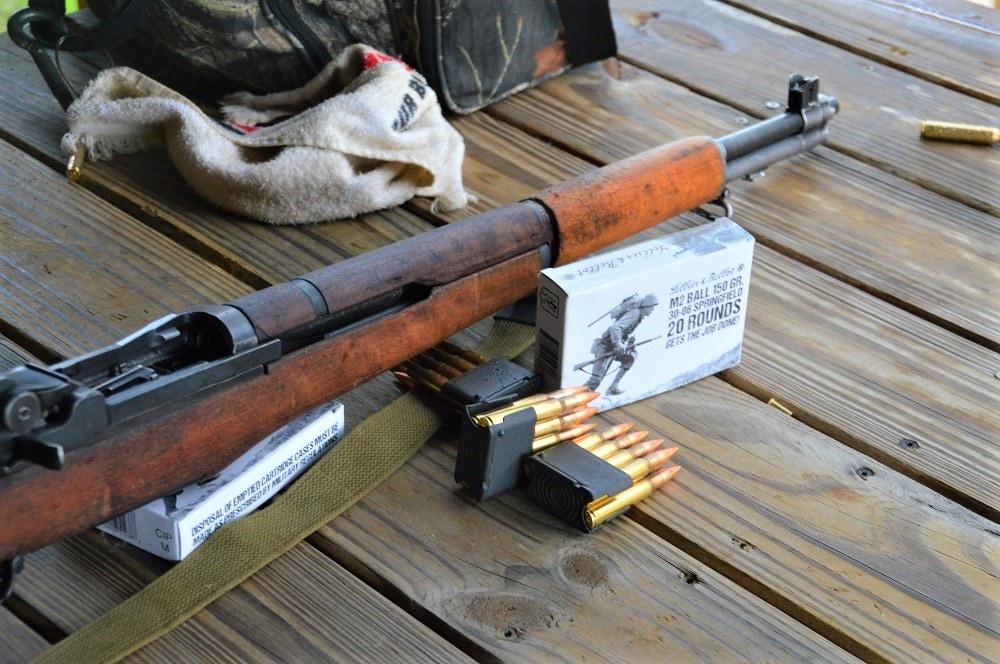