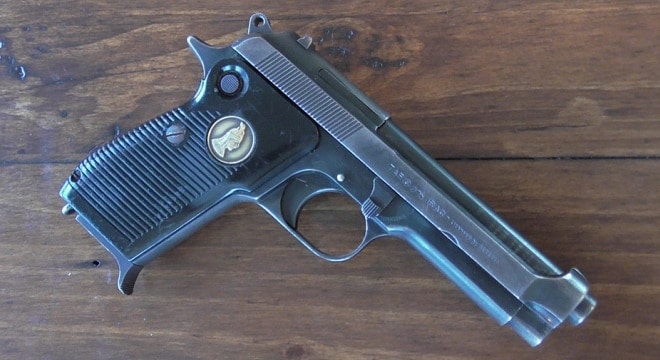 The Tariq was licensed by Beretta for production in Iraq and, though a nearly 70-year-old design, is apparently still being made there. (Photos: Eric B.)

A reader responded to an article about the old-school-cool Beretta M1951 pistol and upped the ante with his own Iraqi variant.

Developed in the late 1940s by the Italian military to replace the old .32- and .380-caliber Beretta pistols used during World War II, the Modello 1951 was the company’s most successful handgun until the 1970s. It brought a number of improvements to the table and evolved during its design phase from a typically understated European pistol to one whose features stand side-by-side with the best combat pistols of today– such as the Beretta M9.

Guns.com reader Eric B. reached out to fill in the blanks on a version of the M1951 rarely seen outside of the sandbox — the Beretta-licensed Iraqi Tariq pistol.

Made by Al-Qadisiyyah in great numbers, many Americans who have served in CENTCOM have encountered one of these so-called “Saddam Berettas” but only a small handful have made it over to the states and Eric was lucky enough to acquire one. 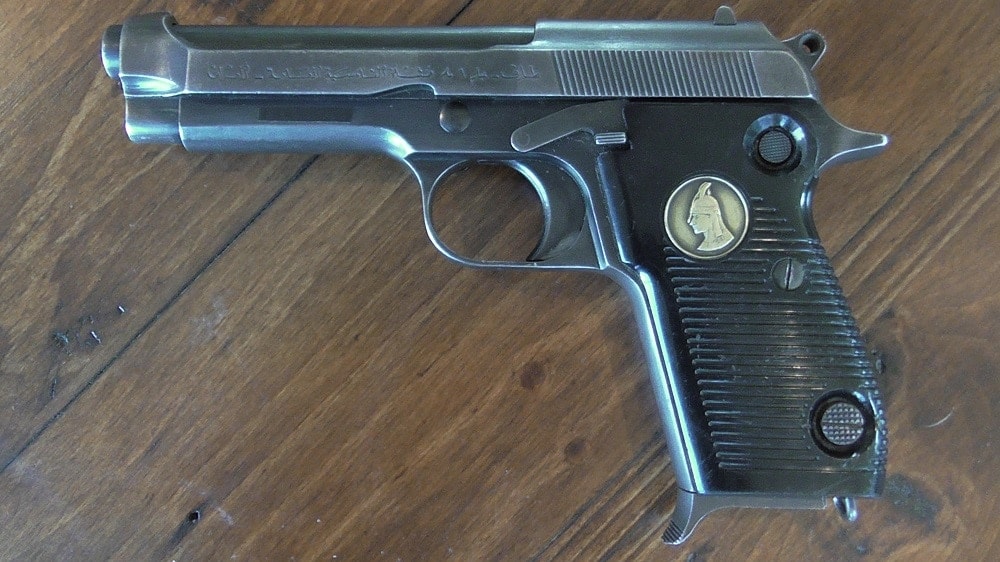 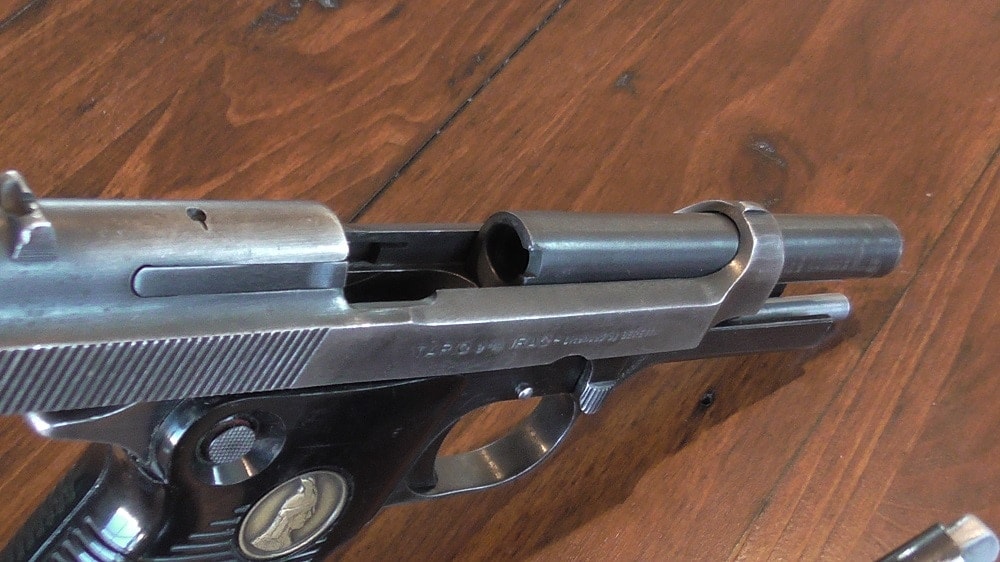 “I haven’t a clue what year it was built, but it certainly has been carried a fair amount,” he says. “Of course sand will wear bluing off in no time. I did notice that the crest in the grip is more worn on the left side of the pistol than the right. Presumably from the way users have held it over time, or the way it was holstered.” 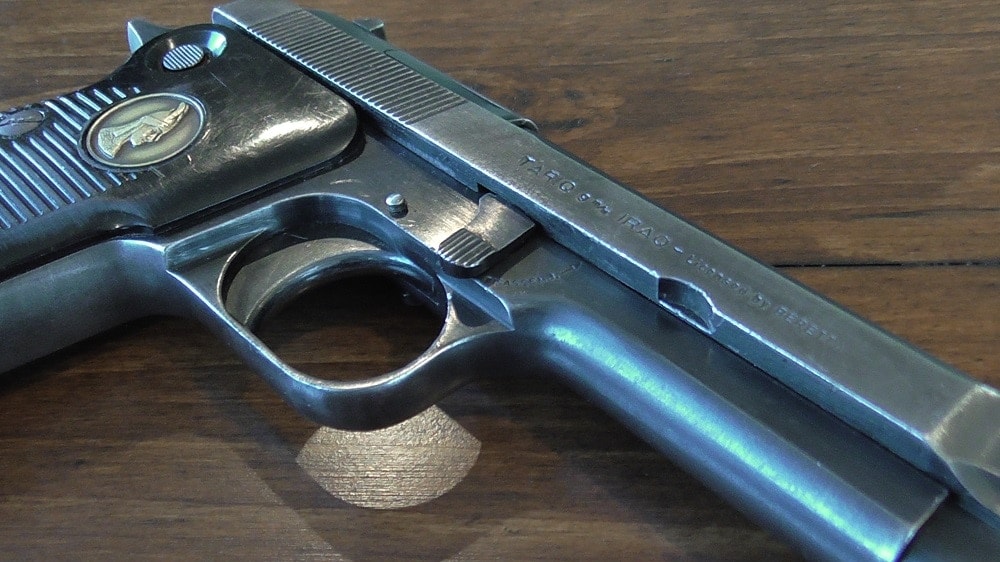 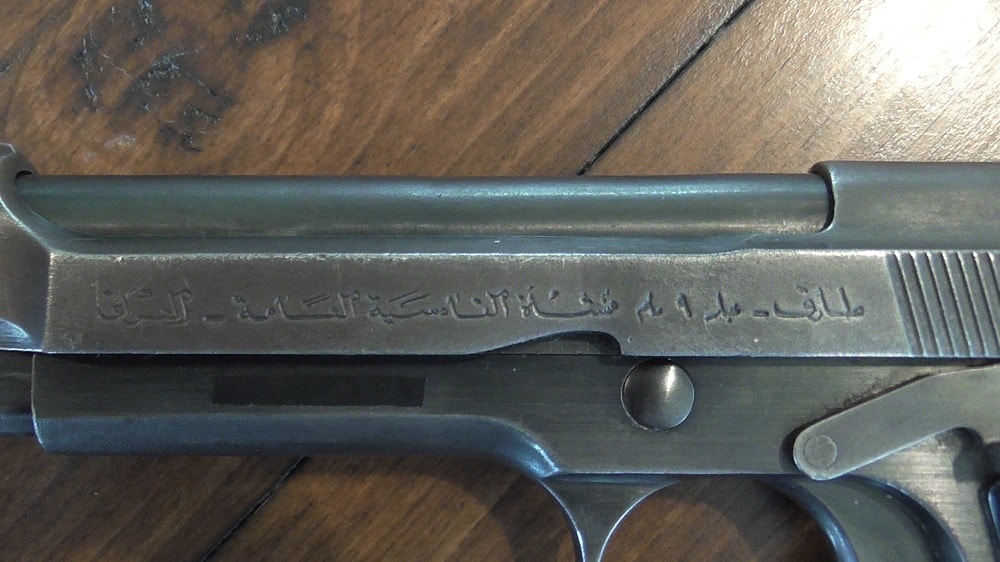 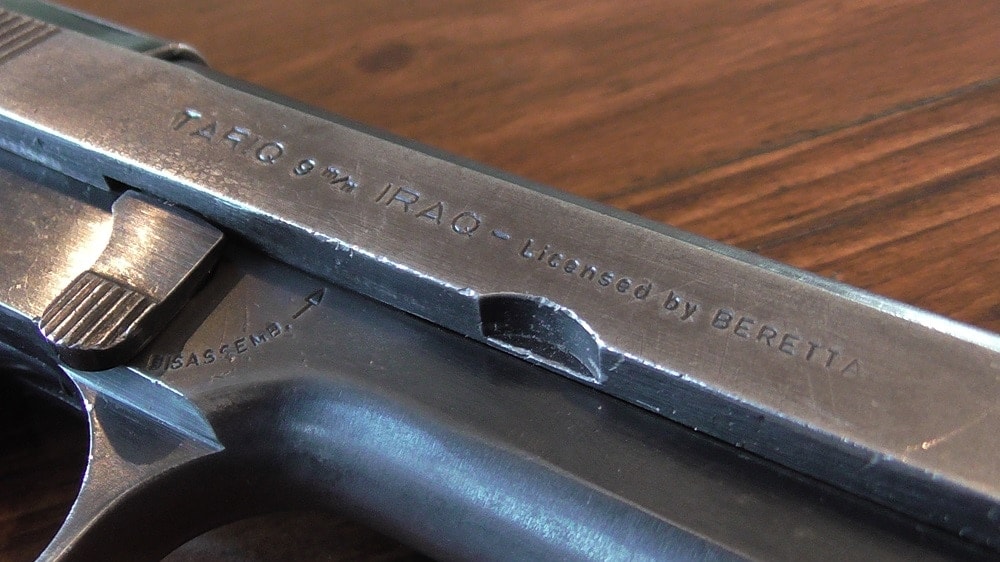 The guns are kinda clunky for U.S. users familiar with a Beretta 92/M9, as they have a single stack mag, use a heel-mounted release for the same, and suffer from a lack of Western quality control. 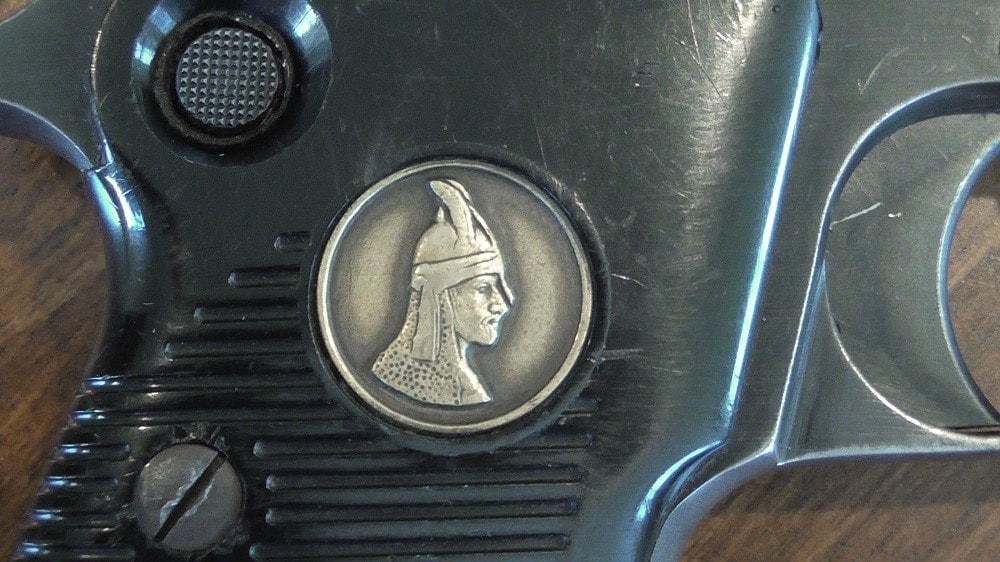 The badge is an image of Tariq ibn Ziyad, the 8th Century general who led the conquest of Spain, and the gun’s namesake– not Saddam as is the popular legend.

Egypt also made their own version of the M1951 — the Helwan — an example of which Eric picked up as a companion animal for his Tariq, which he says is “visually and functionally identical, although the build quality of the Tariq, is in my opinion, better than the Helwan in almost every regard. The specs with a mic are better, and the trigger is decent on the Tariq. Awful on the Helwan.” 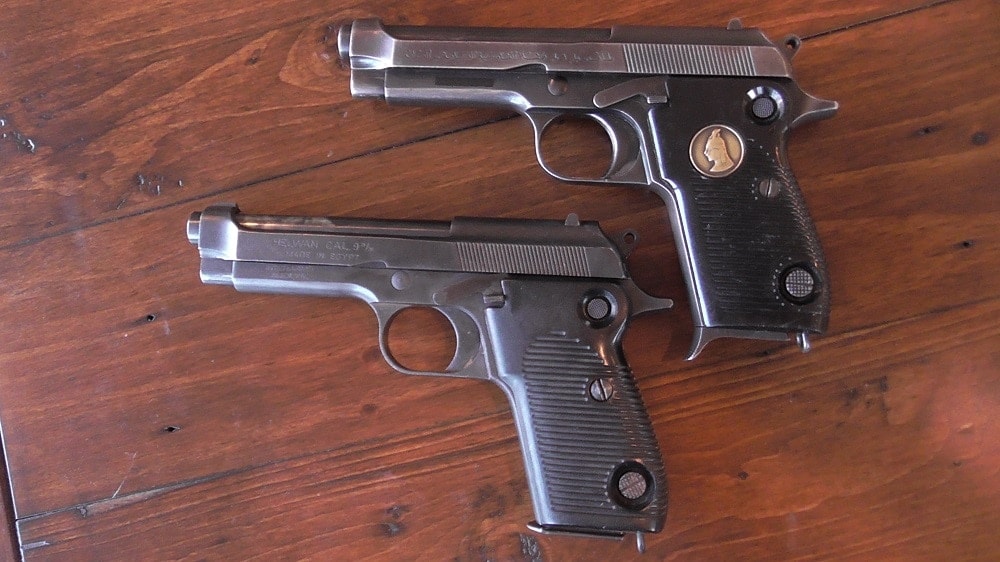 Tariqs are reportedly still in use with Iraqi and Kurdish police and, while production stopped for a while after OIF, it resumed in 2009, so the last one is probably years away from being born.

Thanks for sharing, Eric!