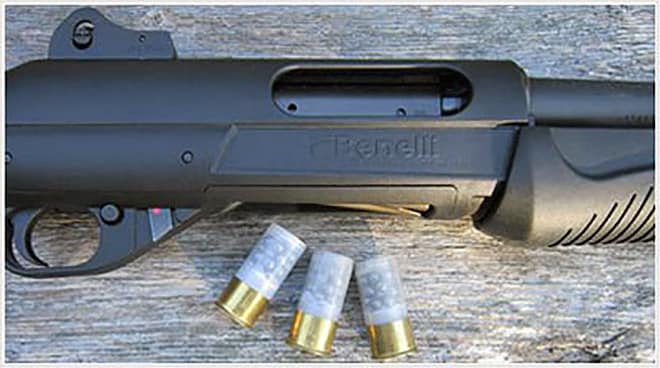 In my last article I went over how to make reduced length (shorter than 2.75 inch) shotshells. In addition to looking cool, the short-stature shells serve the practical function of increasing the capacity of a tube magazine without the addition of an extension. My Benelli Nova Tactical, for instance, will accommodate a total of five 2.75 inch shells (four in the magazine and one in the chamber). By switching to two inch rounds, I’m able to increase the gun’s overall capacity to seven.

Increased capacity can be useful but only if the ammo performs as needed in terms of feeding, cycling, and pattern.  In order to answer the performance question, I took to the range with a sample pack of handloaded, two inch shotshells.

Before firing a shot, I assumed the shot from the 2-inch rounds would spread out rapidly. My Nova has 3.5-inch chamber and the 2-inch loads have an actual overall length of 1.75 inches. This means the shot is traversing a long section of chamber before reaching the forcing cone, likely causing the kind of pellet deformation that can result in irregular patterns and wild pellets. I also assumed that deformation would be exacerbated by the fact that none of the loads incorporated shotcups or buffering material. Additionally, I knew my gun’s 18-inch, improved cylinder choked barrel would do little to tighten the pattern.

With the above in mind, I decided to conduct close range pattern tests at an “across the room” distance of 5 yards, and a “down the hall” distance of 10 yards. My targets for the test were simply 14×22 inch sheets of white poster board.

The three handloads I brought with me were all virtually identical except for the size of the shot I used in each. According to my load data, each 2-inch, 12 gauge load launched a 1 ounce payload at a velocity of approximately 1,200 fps, but actual velocities were likely measurably slower given the short barrel of my gun. I don’t chronograph shot loads and especially not shot loads that may produce wild pellets. Chronographs are expensive.

Upon firing a 2-inch round of 7½ shot into the poster board at five yards, it seemed my predictions about the shot column expanding rapidly were confirmed. Even at spitting distance, the pattern was 9 inches at its widest point with stray pellets hitting the board at various points outside of the primary cluster. When I doubled the distance to the target, the pattern covered the entire poster board and then some.  Were it not for the odd gap in the center of pattern, I would say this load has the potential to be a decent bird round for hunting in thick brush where shots are close and a rapidly expanding shot column is an advantage. The gap in the pattern may have been the result of the shells plastic overshot card failing to properly fragment and mixing with the shot column, thus splitting it. 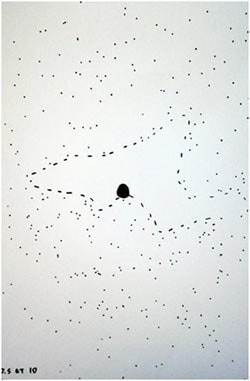 This is the second test of the shooter’s reduced shotgun shell at 10 yards. (Photo: Jason Wimbiscus)

Size F (.22 inch diameter) buckshot is a little known and in my opinion underrated buckshot size. Some of my admittedly less than scientific terminal performance tests have indicated that size F shot will penetrate almost as much gelatin at close ranges as size 00 while being small enough to allow dozens of pellets to fit in a 1 ounce to 1.25 ounce load. 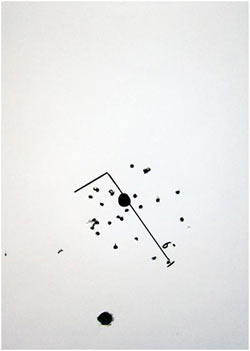 When I backed off to 10 yards however, the pattern became considerably uglier.  Twenty-four of 27 pellets struck the paper and the pattern consisted of what could be described as wavy strings spanning most of the target.  If the load was applied in a home defense situation, most of an invader’s torso would be peppered at 10 yards, but stray pellets flying wide of their mark could be a problem. 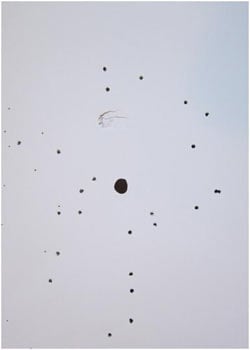 Like the size F load, the #3 (.25 inch diameter) buckshot load also grouped all of its pellets into a nice, 6-inch wide circle at 5 yards. When the distance was doubled, however, the #3 load showed a marked improvement over the size F load. 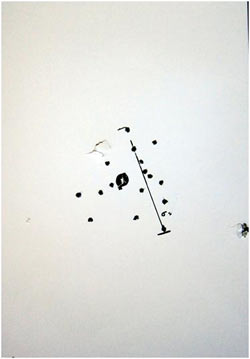 At 10 yards, 17 of 21 pellets struck the target in a roughly circular pattern that was 10 inches in diameter at its widest point. Unaccounted for pellets are still a cause for concern, but overall the pattern is decent. It seems that larger, heavier, individual pellets hold a tighter pattern than their lighter counterparts. In the future I may revisit the 2-inch shotshell project by crafting loads that incorporate even larger shot sizes such as #1 and single aught. 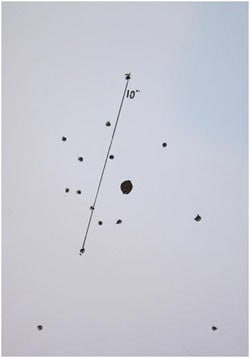 During the test, I loaded the magazine with the reduced length shells and racked the slide with the same amount of force I would use for standard length loads. The rounds fed and cycled flawlessly. I am not sure, however, if the rounds would cycle as readily through a semi-automatic.

At extremely close range, all of the tested loads patterned reasonably well. However, as I expected, patterns opened up rapidly — likely a result of pellet deformation — to the point that some pellets were missing a 14×22 inch target at only 10 yards. It is possible that guns with shorter chambers and tighter chokes would have yielded denser patterns with 2-inch shotshells, but confirmation will require further testing…