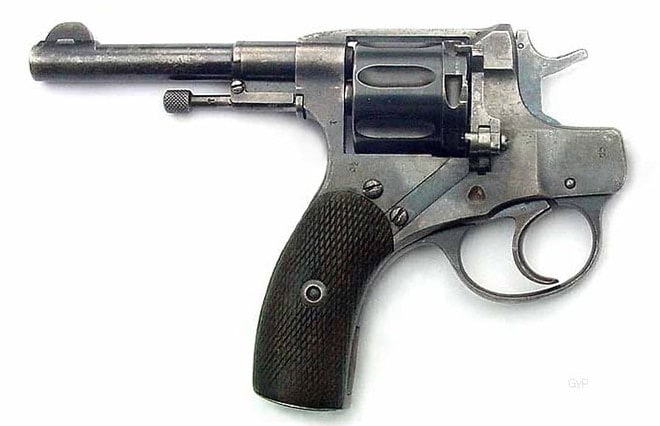 Thankfully, no handgun designer has put forward the design pictured above… yet.

Throughout the past several centuries, handguns have sprouted several evolutionary branches. Some of these branches are shorter than others. We look at five of the shortest:

If you were in the market for a self-defense handgun from about 1830-1860, odds were you looked at a pepper-box. 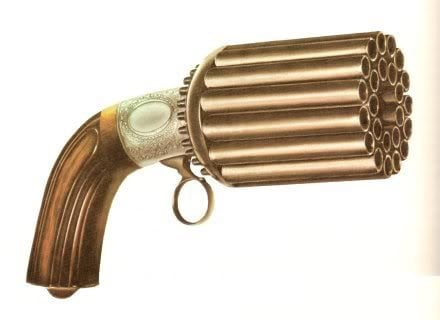 Belgian made 24-barrel pepper-box percussion cap revolver. This little dandy took about an hour to load.

With a single grip, hammer and trigger system, the pistol mounted anywhere from 3-24 loaded barrels that were rotated into place and fired in turn. These guns were made by several manufacturers on both sides of the pond and were innovative for their day. Their main problems were that they were incapable of aimed fire due to being muzzle heavy and contained no front sights.  The fact that they were susceptible to chain fire in which all the barrels shot off at once was also unnerving. Nevertheless, these handguns were the bridge from the only single shot pistols to modern revolvers and are quite collectable.

France has always gone their own way for better or worse and the Mle.1892 “Lebel” revolver is another example of this tendency. The fixed frame revolver, while beautiful, was slow to reload and mechanically complicated. But its fatal flaw was the round it fired. 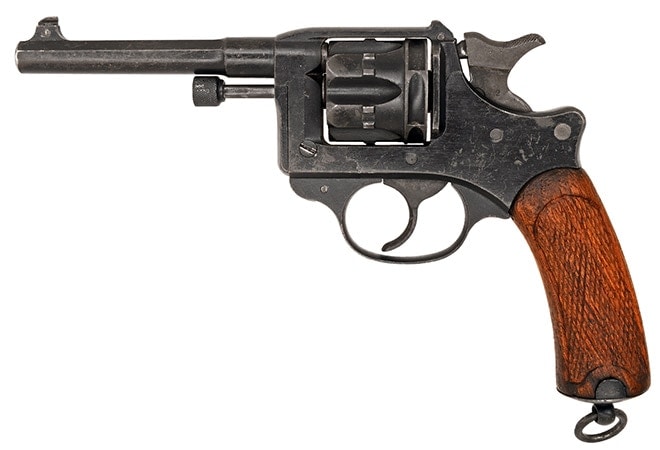 Odd angles, poor rifling and an anemic round meant this other “Lebel” revolver never stood a chance.

Chambered for a unique 8x27mm black powder round, it was less powerful than a .32 ACP. When compared to its contemporaries of the time — the P.08 Luger, .455 Webley, and Colt M1911 — this French hog leg was the worst handgun of World War I. Nevertheless, the French Army continued to use it in the next World War (and look at what happened there).

In 1899 London, one Mr. HW Gabbett-Fairfax produced a beast of a pistol. Incorporated as the Mars Automatic Pistol Syndicate, his pistol was submitted for brief and spectacular testing by the British Army. The hand cannon fired a unique bottle necked round of the inventor’s own design, the .450 Mars, that today remains one of the most powerful rounds ever used in a handgun. To handle this roman candle of a round, the Mars had a 9.5-inch barrel and weighed over 3 pounds. During testing observers noted that the gun was, “singularly unpleasant and alarming.” Guess they never fired a Desert Eagle before… 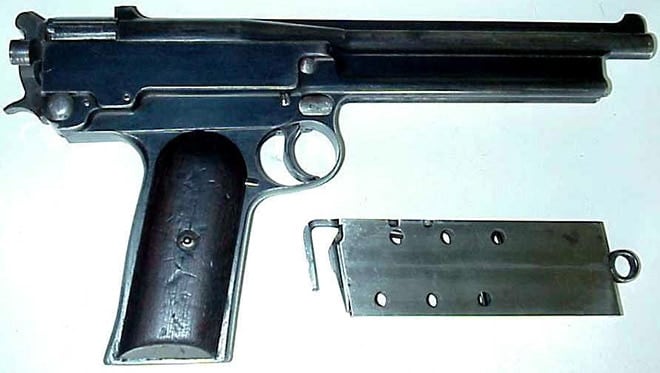 Rohm G.M.R.H. of Sontheim in then-West Germany designed and marketed the sweetest little line of starter pistols chambered for live rounds. Unfortunately, for everyone involved, these little .22 and .38 caliber gems shot even less reliably than real starter pistols. They also lost time faster than a knock-off Rolex and rewarded their owners with flying lead shavings and the occasional catastrophic misfire. Made from zinc alloys with plastic grips they were sold in nice little cardboard boxes for $19.95 throughout the 1960s. Today, if you have one unfired and still in the box it’s worth almost that. 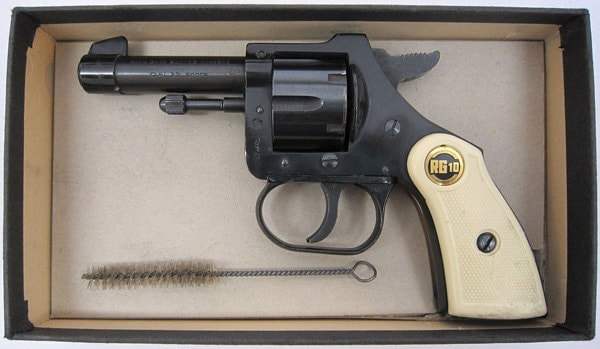 Officially Röhm Gesellschaft though often just abbreviated “RG”, this brand was acquired by UMAREX in 2010. Rohm An RG-14 was used in the attempted assassination of President Ronald Reagan.

The Rohm was one of the main reasons that the Gun Control Act of 1968 passed that banned the import of cheaply made handguns into the country. This meant we had to make our own pot metal “Saturday Night Specials” such as the…

The Lorcin Company of Mira Loma, California produced a range of striker-fired pot metal jam-o-matics a couple decades ago. Some 2 million .25 ACP and .380 ACP Lorcins were churned out at a rate of over 300,000 per year in the 1990s for an average price of less than $100. 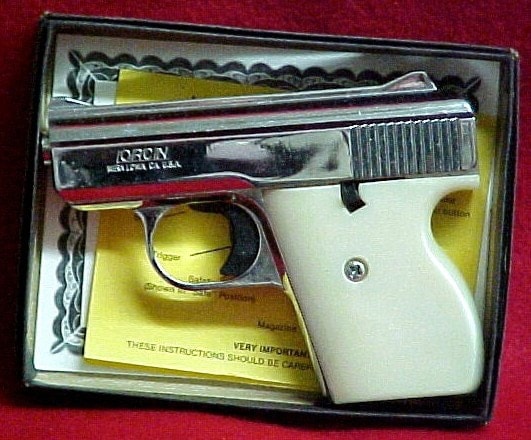 Guns like the Lorcin L25 in .25 ACP as pictured above were constructed of injection-molded Zamak, a zinc alloy. This, among other design decisions, led to the dozens of product liability, personal injury, and wrongful death lawsuits that drove the company into bankruptcy.

Lorcin themselves advertised their product as “The World’s Most Affordable Handgun.” They were so cheaply made and prone to accidental discharges that they would have been banned from import into the country had they been manufactured overseas. You get what you pay for and by 1999 the bankrupt company closed its doors after more than 40 wrongful death and personal liability lawsuits caught up with them.

And there you have it, a look at five ugly stunted branches on the tree of handgun evolution. There will surely be more.