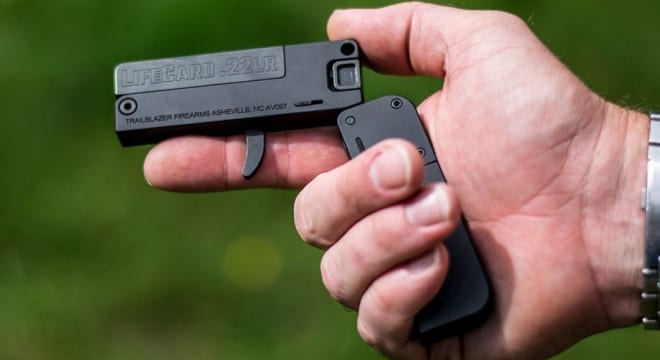 Based in Asheville, North Carolina, Trailblazer’s credit card-sized rimfire is billed as “the last gun you’ll leave behind.” (Photos: Trailblazer)

The company, which “was founded in 2014 to design, develop, manufacture and market innovative American-made firearms” advertises the new LifeCard as their flagship gun. The single-shot, single-action .22LR is machined from a solid billet and features a steel barrel in an aluminum frame and handle. Overall length is 3.375-inches with a width of 0.5-inches. Weight is 7-ounces. 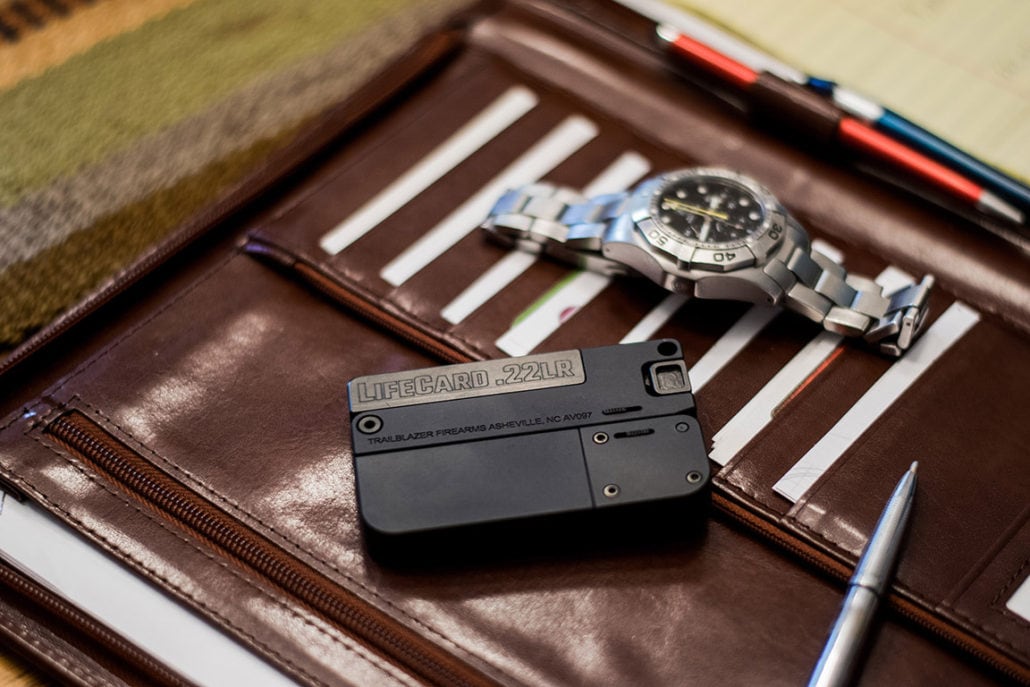 When folded, the LifeCard is 2.125-inches high, or about the same profile as a credit card 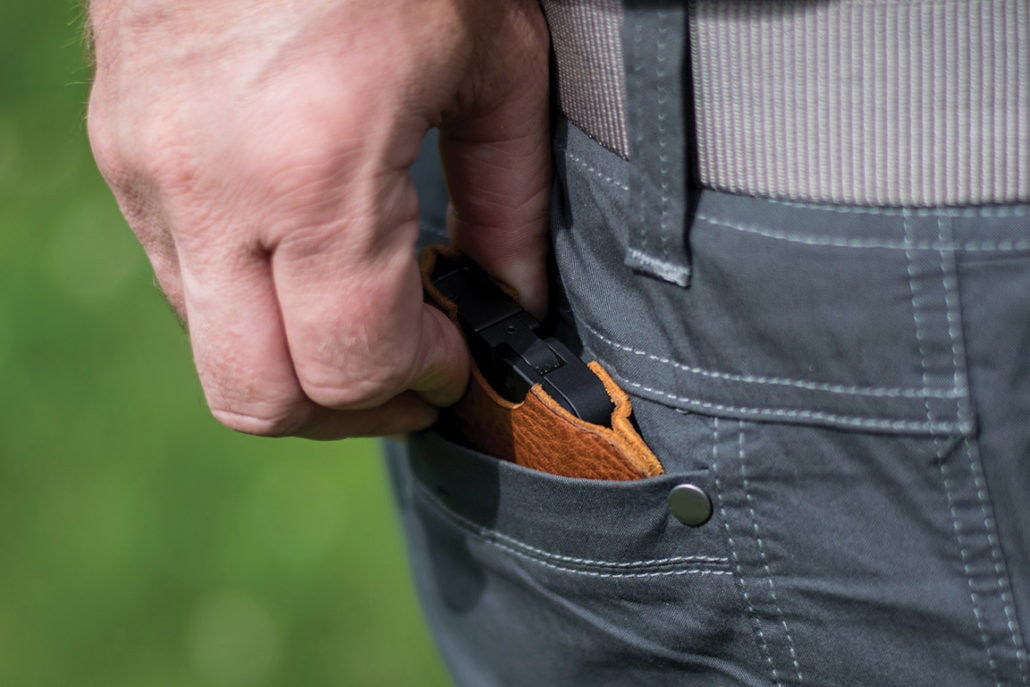 The gun is a half-inch wide

Incapable of firing when collapsed into its credit card state — thus keeping from crossing into National Firearms Act AOW regions— the gun, once unlatched has a grip that unfolds to expose the trigger. For sighting, a small v-groove is recessed along the top of the barrel. 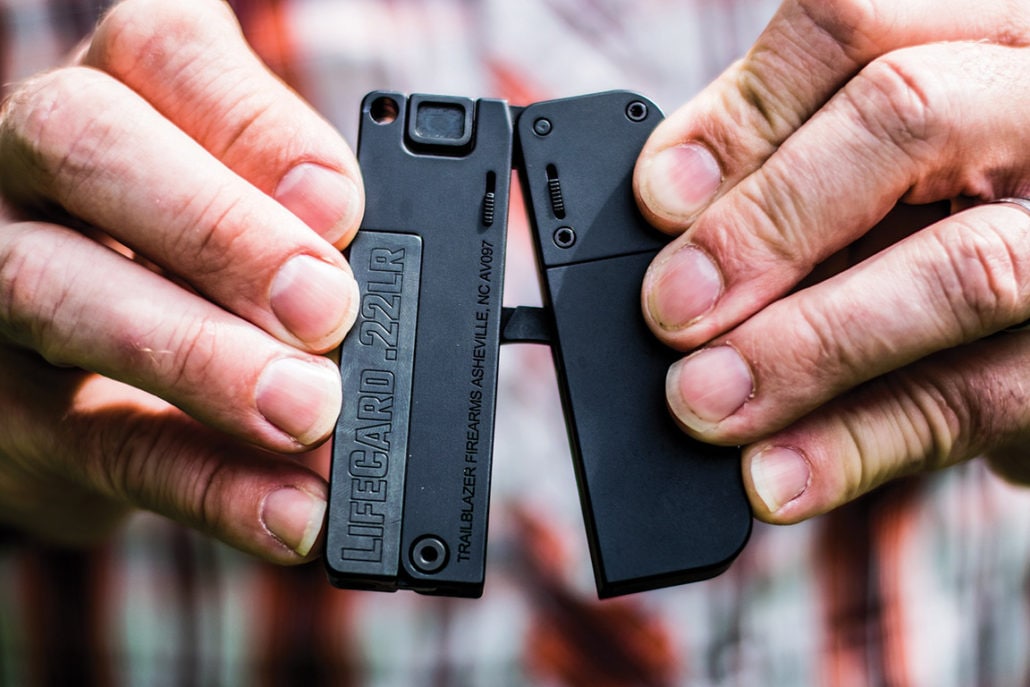 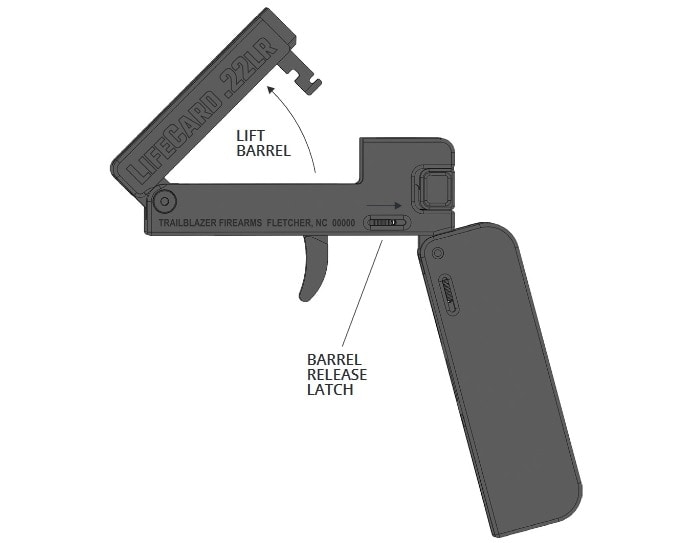 Note the tip up barrel. Cocking tab is to the rear of the top half

A small storage compartment in the grip holds four spare rounds. The barrel tips up, similar to a Beretta Bobcat or JetFire, for loading. The bolt for the pistol must be cocked to manually to fire, and has a half-cock position. The LifeCard ships with a supplied padlock that can slip through a hole in the action to lock the gun. According to the manual, the entire gun contains 27 parts.

MSRP is $399 and the gun is expected to ship in mid-August.