Senator: 'long past time' to bring back 'assault weapon' ban 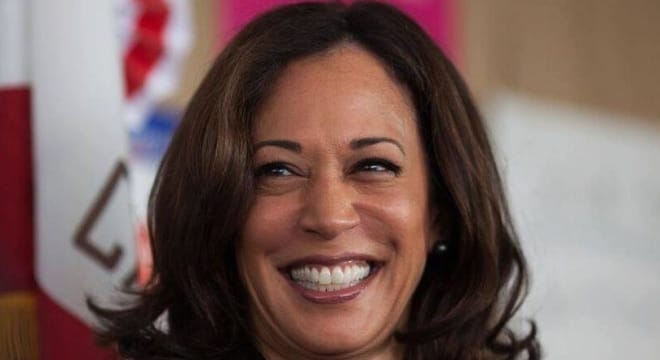 Harris said a ban on assault weapons “is in the best interest of keeping all of us safe.” (Photo: Kamala Harris’ office)

“It’s long past time we renew the assault weapons ban in this country. It is in the best interest of keeping all of us safe,” she said.

Although the federal assault weapon ban sunsetted in 2004, at least seven states have passed their own blanket prohibitions while local bans exist in the District of Columbia and parts of Illinois and Indiana. However many contend the original assault weapon ban was ineffective and recent opinion polls found little appetite for a return of such prohibitions.

Harris brings a long history of gun control support to the chamber. As a Democrat, she started her career as the deputy district attorney in Alameda County in 1990 then won election as San Francisco’s district attorney in 2003. While there, she penned a brief to the U.S. Supreme Court against gun rights advocates in the landmark 2008 Heller case contending that the District of Columbia’s defacto gun ban did not violate the Second Amendment.

It was also under her two-term watch as San Francisco’s chief law enforcement officer that the city’s controversial gun lock and ammo ban law was implemented.

Picking up the Democratic nomination for California attorney general in 2010, she narrowly won that office with the endorsement of fellow party members U.S. Sen. Dianne Feinstein and then-House Speaker Nancy Pelosi.

While in that position, she oversaw an expansion of a program to seize firearms from prohibited gun owners, unsuccessfully fought to keep the state’s 10-day waiting period for gun purchases, announced that California’s dormant Microstamping law was in effect, and came out swinging in the Peruta v San Diego case which sought to change the state’s may-issue policies for concealed carry handgun permits.  A hallmark of her administration was introducing new firearms rules on bullet buttons, semi-auto handguns, and assault weapons under “emergency” regulations which could be rushed into effect.

Harris has thus far introduced seven pieces of legislation in the seven months she has been in the Senate, none dealing with firearms.