Loved by many, fired by few

Believe it or not, the US Army actually entered World War II behind the eight-ball when if came to military weaponry.  Today most military historians agree that US tanks and aircraft were lacking overall when compared to those of Nazi Germany in 1941. America’s saving grace however, was a better standard infantry rifle — the M1 Garand — which firmly elbowed out the bolt action Mausers, Carcanos, and Arisaka of the Axis.

Despite this, one inventor stateside, Melvin Johnson, would have had it differently and his rifle, the M1941 Johnson remains one of the great American could-have-beens of World War II.

The US Army’s Garand decision

John C Garand, the inventor of the M1 semi-automatic rifle that now and forever carries his name, began work on this weapon with an integral en-bloc eight-shot clip as early as 1924 at the US Army’s Springfield Arsenal. By November 1935, it was cleared for procurement and was set to replace the Army’s stocks of WWI and earlier issue M1903 and M1917 rifles. The Marines, long a cash-poor and oft-neglected cousin of the Army, were usually left to make do with what they had and that’s where Melvin Johnson saw opportunity. 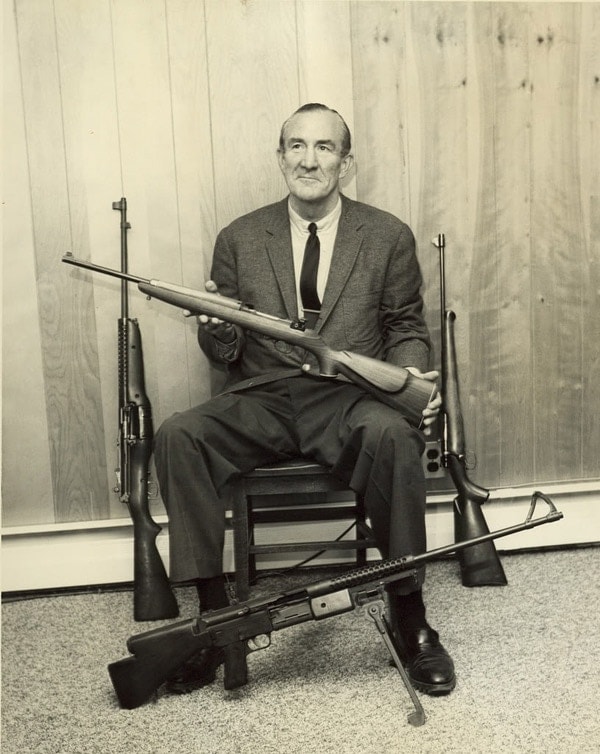 Melvin Johnson sitting in a chair holding a custom 5.7mm Johnson Spitfire Carbine, with a ’41 Johnson LMG at his feet, ’41 JSAR near his right knee, and a custom .30-06 bolt action rifle at his left elbow. (Photo: “Johnson Rifles & Machine Guns” and www.johnsonautomatics.com used with permission)

Melvin Johnson and his rifle

A Harvard-educated lawyer by training, Melvin Maynard Johnson, Jr, was also something-of an inventor, a businessman and a Marine Corps Reserve officer. In 1936, the same year that the Army adopted their in-house designed Garand, Johnson patented his own 10-shot, recoil-operated semi-automatic rifle. Produced by his own workshop, duly named Johnson Automatics, the Johnson rifle prototypes were submitted to not only the Marines, but also the Dutch, British, Canadian, and French governments for testing.

The Johnson semi-automatic rifle was of similar size to the gas-operated M1, at 9.5-pounds and 45-inches long, but was very different mechanically. It fired from a reciprocating barrel that moved against the bolt and chamber. This meant that instead of the bolt moving, the 22-inch barrel itself actuated back and forth dramatically. While this reduced felt-recoil on the shooter, it made the rifle’s use with a bayonet attachment difficult. A special spike bayonet helped but was still less than perfect. 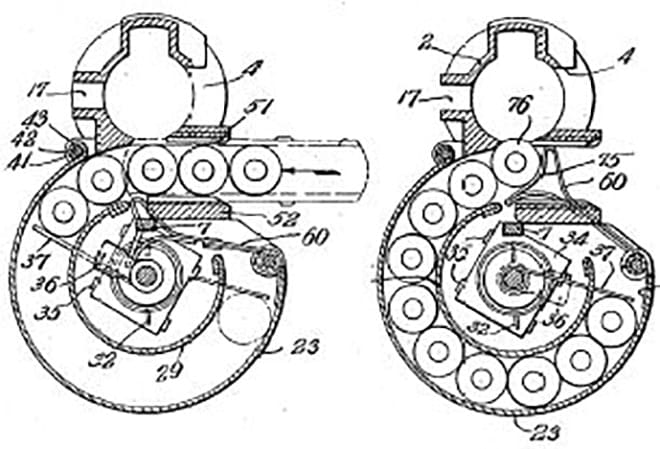 One of the most interesting features of the Johnson was its rotary feed magazine, similar in concept as today’s Ruger 10/22 with the exception of not being detachable and chambered for .30-06. The magazine had a 10-round capacity (plus one round in chamber.) Importantly, and very different from the M1, the Johnson could be topped off by either single rounds or the old Springfield 1903 stripper clips already on hand — with the M1, it was eight rounds or nothing. Another useful design point was that both the rifle and a LMG model had a quick-change barrel that could be swapped out in the field in seconds. 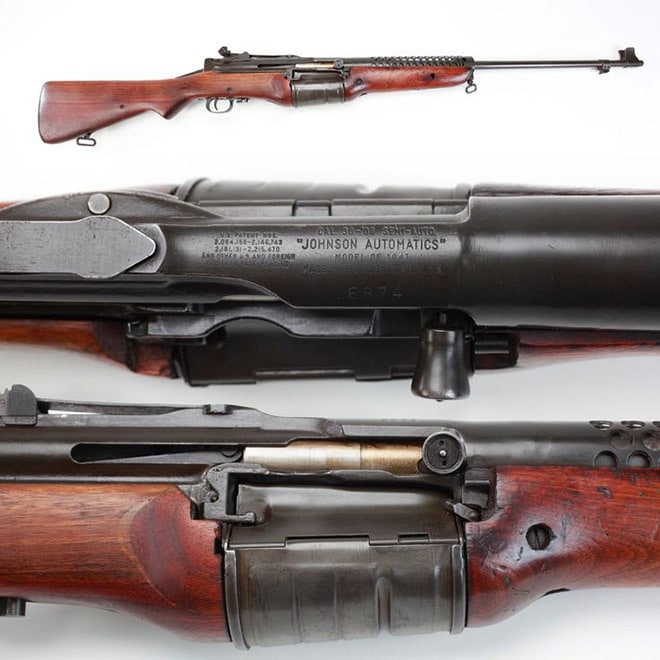 As a complement to the rifle, Johnson designed a modified version, the Johnson Light Machine Gun as one of the first squad automatic weapons. Firing from a 20-round box magazine the LMG had a cyclic rate of up to 900 rpm in a 12-pound package using many interchangeable parts with the M1941.

The government of the Netherlands, anxious to arm their troops in the Dutch East Indies (modern day Indonesia) who were threatened by Japanese invasion, placed an order for 30,000 of the innovative new rifles with Johnson Automatics in 1940. The Marines, who tested the M1941 extensively against the Army’s Garand and others, liked the design and in September 1941, they ordered another 100 for field-testing. Johnson, his Cranston, Rhode Island based plant already swamped with the Dutch order, was up to his neck in success. 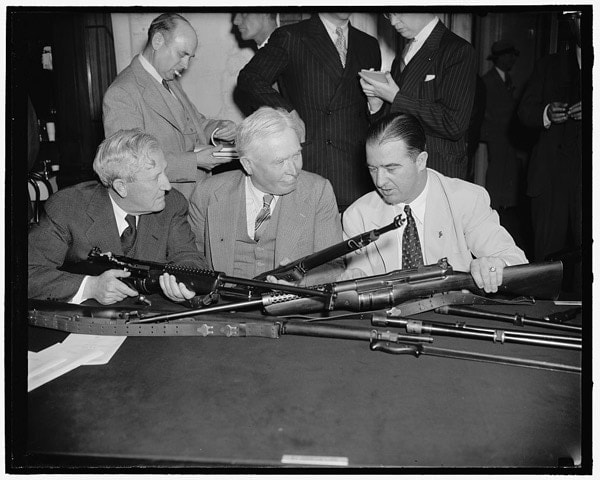 The attack at Pearl Harbor on December 7, 1941, however threw a monkey wrench in the works. Many of the Dutch guns could not be delivered as forces of Imperial Japan occupied the Dutch East Indies by 1942. The Marines, looking at a huge expansion with the nationwide mobilization for the coming “Island Hopping” campaign across the Pacific, reluctantly replaced their aging Springfield 1903s with the M1 Garand, which was already in full production. 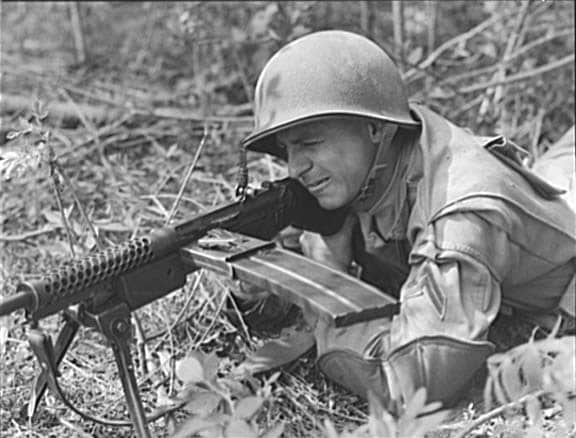 However, eager to augment the firepower of the first Marines to take the fight to the Japanese, many Guadalcanal-bound Leathernecks were given a quantity of the undelivered Dutch guns hurriedly bought from Johnson. These guns were so well-received by the users in jungle combat that the Special Marine Corps Parachute and Raider Battalions adopted both the M1941 and its companion LMG as their standard weapon. It also didn’t hurt that Colonel Merritt Edson, father of the Raiders, was a friend of Johnson, and had been on the evaluation board that had tested the rifle in 1939. Marine Raiders used them to good effect until they were disbanded in 1944 and issued standard M1s. 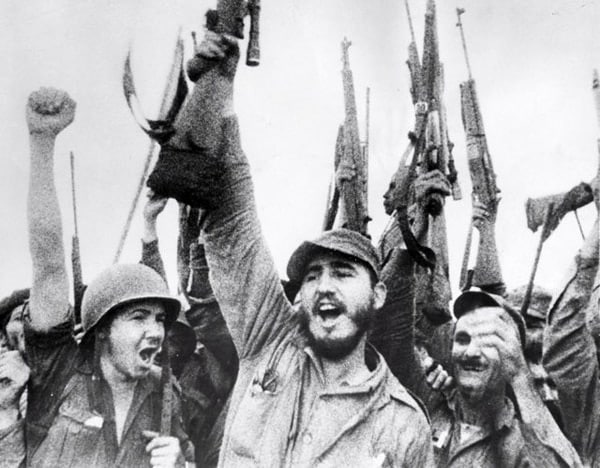 After the end of WWII, the Johnson weapons made guest appearances in the hands of the Israeli Army in the 1950s and with anti-Castro rebels at the Bay of Pigs in 1961.

As for Johnson himself and his company, he sold a few modified rifles in 7x57mm to Chile in 1947 (dubbed the M1947) but within a few years was out of business. He later worked for Armalite and the locking lugs of today’s M16 look really similar to those of the M1941.

Never a very abundant arm, the Johnson was uncommon on the surplus market for most of the past half century. All told less than 22,000 M1941s were produced in three serial number ranges: A0001-9999, B0001-9999, and C0001-9999. In the 1960s some 16,000 Dutch-owned Johnsons hit the commercial importers and were sold then for as low as $60 apiece. Today these go for $4000 or more.  This is eight to 10 times the price of a comparable Garand rifle. A smaller amount of verifiable former USMC weapons were sold as surplus in 1947 and these fetch much higher prices with collectors.