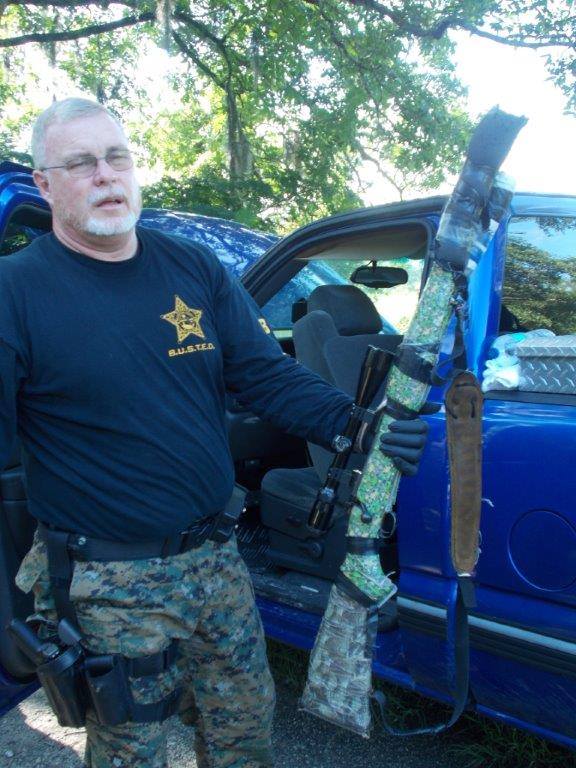 In addition to the homegrown, authorities said Morris “also had a loaded 30.06 rifle in his vehicle with a spotlight and an illegal silencer attached to it.” (Photo: Baker County Sheriff’s Office)

Besides 184 marijuana plants, the Baker County Sheriff’s Office and conservation officers found a decked out rifle complete with a homemade can.

According to authorities, Sherdon “Vance” Morris came under investigation by the Florida Fish and Wildlife Conservation Commission when a game warden investigating an illegal hunting complaint discovered numerous marijuana plants growing throughout the property.

After snapping some photos and obtaining a warrant, eight wardens along with local sheriffs deputies searched Morris’ property last week and found 81 marijuana plants outside his residence, another 103 inside, along with cultivation items and supplies.

Morris, a convicted felon, “also had a loaded 30.06 rifle in his vehicle with a spotlight and an illegal silencer attached to it,” according to a statement from FWC.

Morris, who was also found with a small quantity of methamphetamine in his possession, was taken to the Baker County Detention Center and charged with numerous felony violations.