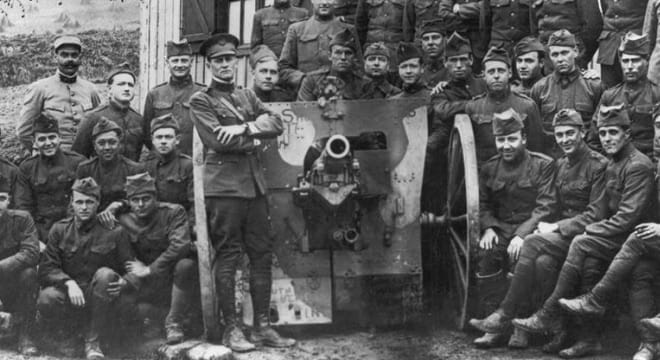 The gun was credited with firing the first American shot on the Western Front (Photos: West Point)

The 75mm artillery piece that cranked out the first U.S. shot on the Western Front in World War I a century ago this week is still in the Army’s custody.

The M1897 gun, a French-made field gun named “Bridget” is on display today in the Large Weapons Gallery at the U.S. Army Military Academy Museum at West Point but on Oct. 23, 1917, it fired the first shot across “No Man’s Land” by American forces in France.

Though the Great War began in August 1914, the U.S. only entered the conflict in April 1917 and Bridget was in Battery C, 6th Field Artillery Regiment attached to the “Big Red One” of the 1st Infantry Division. 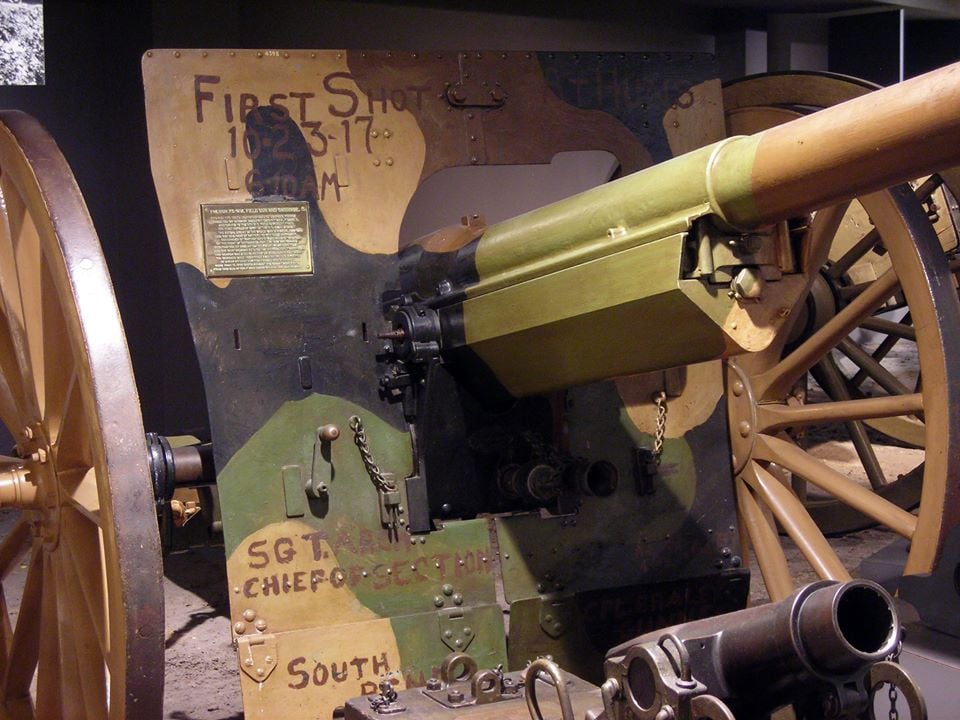 The gun was sent back to the states in 1918 and is at West Point today, still with the names of the “First Shot” crew who fired it 100 years ago this week

Sgt. Alex Arch of South Bend, a 23-year-old immigrant born in Austria-Hungary, pulled the lanyard on the 75mm gun, sending its shell — the first of over 10,000 fired by Bridget in the conflict — into German positions.

On orders of Gen. John Pershing, commander of the American forces in France, the gun was sent back to the states in 1918 to be preserved and has been in Army museums ever since.

The “French 75” was adopted during the war by the U.S. Army and was used as the M1897, with both French and U.S.-made examples produced, remaining in service into World War II.

It could fire a 12-pound shell out to 7,700 yards with a well-drilled six-man crew capable of firing as many as 30-rounds per minute in a burst due in large part to its short recoil when compared to more traditional 19th Century artillery pieces. As such, it made a good opponent to the German 77mm gun on the other side of the line. 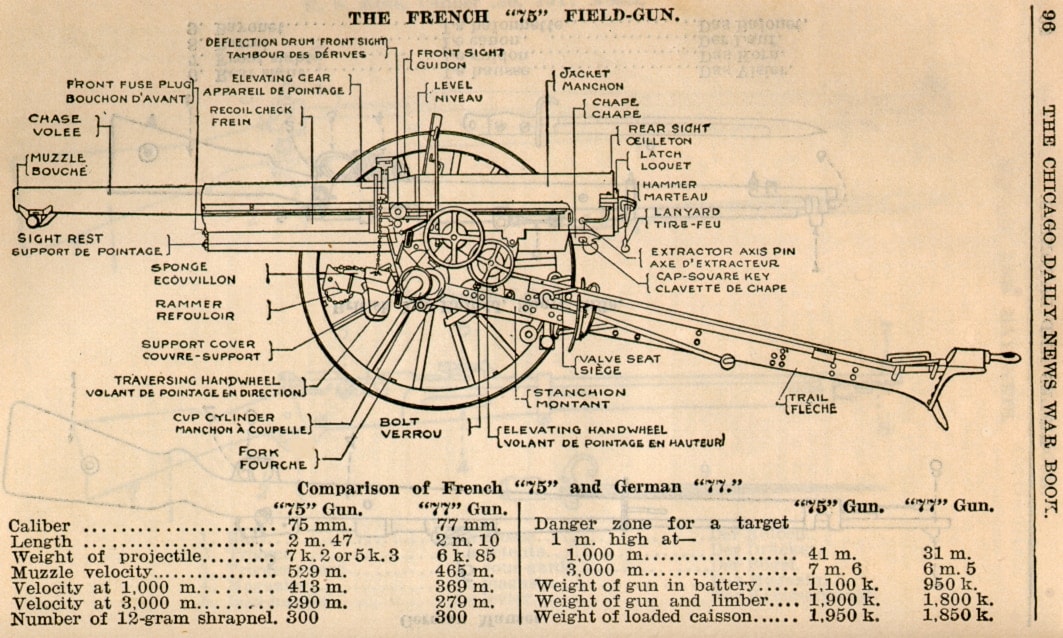