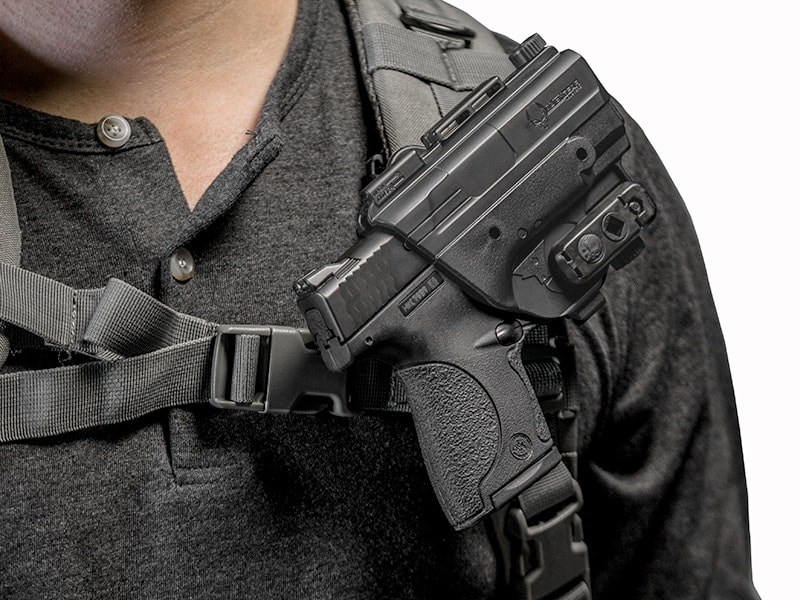 The ShapeShift Backpack Holster is allows gun owners to carry their firearms on their packs. (Photo: Alien Gear)

The latest in the company’s almost continuous stream of holsters under the ShapeShift umbrella, the ShapeShift Backpack falls in with the series’ modularity. Designed to allow gun owners to tote their pistols hunting, hiking or during outdoor activities, the backpack acts as two-part system.

The first is the company’s Shift Shell which encapsulates the pistol and fully encloses the trigger guard and muzzle. The second part of the equation is the mount, or in this case the backpack. The Shift Shell attaches to the backpack’s strap holster mount to support the gun and rig on the pack. The strap attachment is crafted from three polymer pieces with a heavy duty nylon tubular webbing. Alien Gear said the benefits of the webbing is that it “generally requires thousands of pounds of pressure” to break. 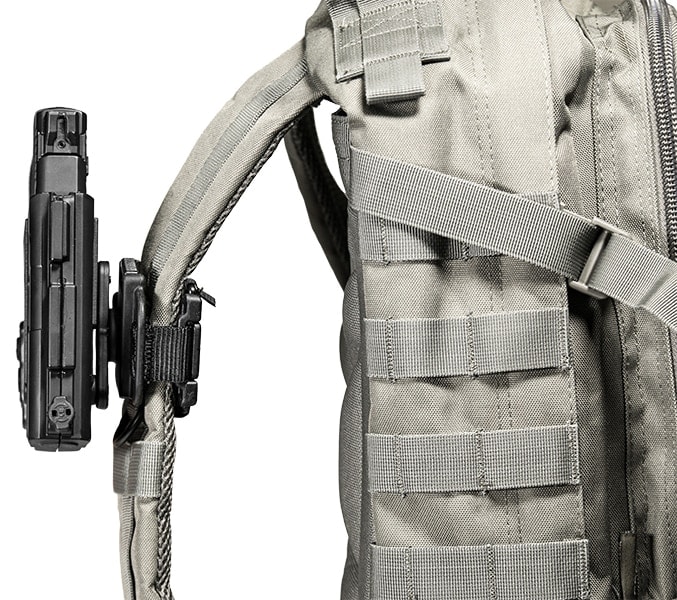 The Shift Shell attaches to the backpack allowing easy access to the gun. (Photo: Alien Gear)

The three polymer strips fold over the backpack strap with a backplate and frontplate. These are then fastened together with a lever and two pull tabs. Once fastened, the company says the tabs cannot be unlatched unless pressure is applied on the lever first.

The Shift Shell can be secured to nearly any strap, according to Alien Gear, but works best alongside straps measuring 2-inches to 3.25-inches wide. Once mounted, the shell provides a full 360-degree rotational cant for users to custom fit the holster position to suit individual needs.

Alien Gear says though the backpack holster isn’t ideal in every situation, the company feels it covers gun owners who have specific carry needs.

“Well, it’s not a typical everyday carry set up, that’s for sure, but the ShapeShift Backpack Holster provides something all gun owners seek: freedom to carry when and how they want,” Alien Gear said in a statement.

The Backpack Holster features a MSRP just south of $50 while the ShapeShift Backpack Carry Expansion Pack can be purchased for users who already own the Shift Shell for $19.88.