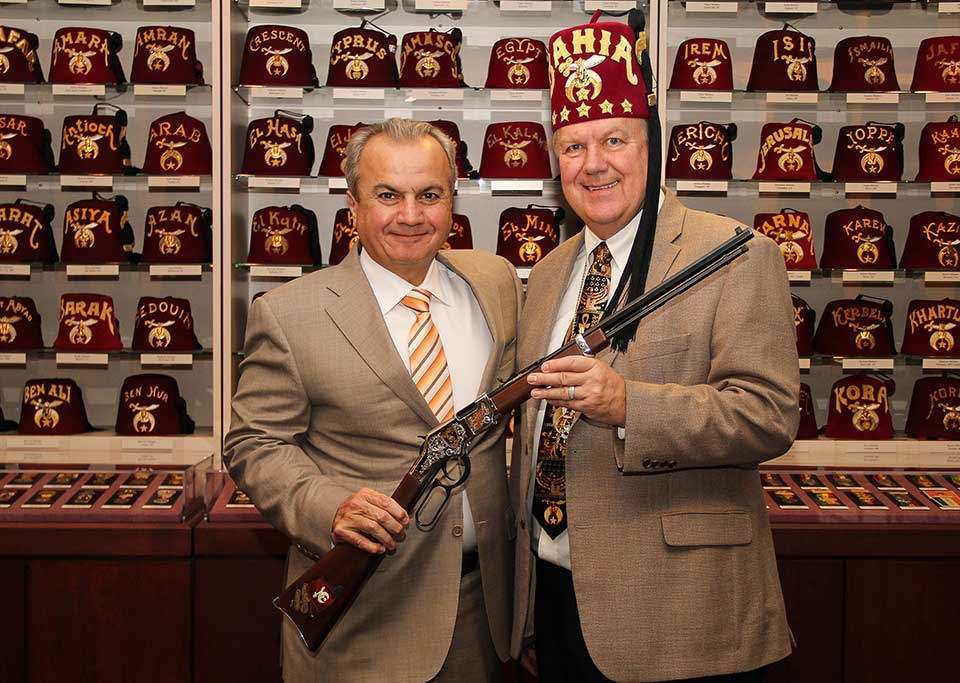 The rifle commemorates the organization’s 200,000 members and their commitment to improving communities. Henry Repeating Arms says a portion of each sale of the rifle will go to the Shriners International fraternity in order to support philanthropic efforts.

The gun boasts an American Walnut Stock with a laser etched and hand-painted red Fez and black tassel, alongside a gold painted banner scroll with “Shriners International.”

The right side of the tribute rifle delivers a nickel-plated receiver cover offering the Shriner shield in 24-karat gold plating with a banner scroll reading “Fun, Fellowship and Philanthropy.” The left side of the rifle showcases the Shriner logo, also in 24K gold. Henry Repeating Arms tops off the stylish receiver with an American leafy-vine scroll engraving surrounding both sides. 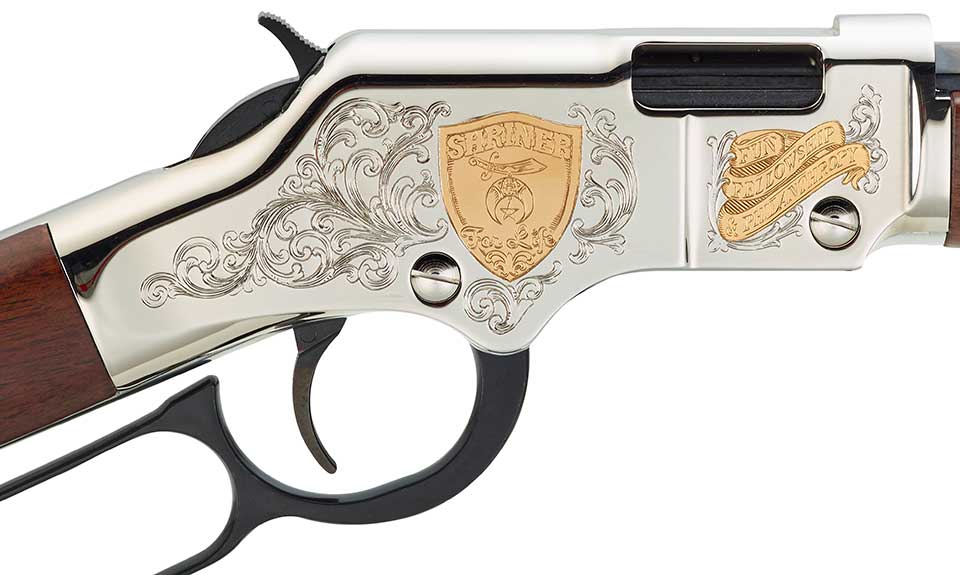 “Shriners are a beacon of light in their communities. They give so much in the pursuit of bettering themselves and helping children and families in need, and we are honored to offer this rifle as a salute to all of their hard work and charitable contributions,” Anthony Imperato, president of Henry Repeating Arms, said in a press release. “We hope to see this new partnership help them with continuing their admirable mission.”

The first rifle of the lineup, serialized #1, was presented to the Shriners International Headquarters in Tampa, Florida to be displayed in the memorabilia room.

The Henry Golden Boy Shriners Tribute Edition Rifle is available through Henry dealers nationwide with a MSRP of $1,154.95.