Phoenix Weaponry announces their new .45-70 Auto round and rifle (VIDEO)

Colorado-based Phoenix Weaponry has debuted their hard-hitting new rifle for those who like ARs and .45-70s but haven’t been able to blend them into one platform.

Their .45-70 Auto is a rebated-rimmed version of the classic .45-70 Government cartridge that has been around since the 1870s and has shown sub-MOA results from their rifle. They advise reloaders can use standard .45-70 die sets with the exception of substituting a .308 shell holder to recycle their .45-70 Auto brass, and Phoenix will have factory brass available shortly.

The rifle itself, shown off in the video at the top with an FDE coating and Magpul furniture, uses a 20-inch custom profiled Douglas barrel with an eight-groove 1-in-14-inch twist married to a Phoenix Weaponry .308 billet upper and lower along with a custom trigger and muzzle brake. The gun feeds through a modified 10-round Magpul magazine that holds six of the rebated .45-70 loads. Phoenix says the overall weight of the standard rifle is just south of 10-pounds. 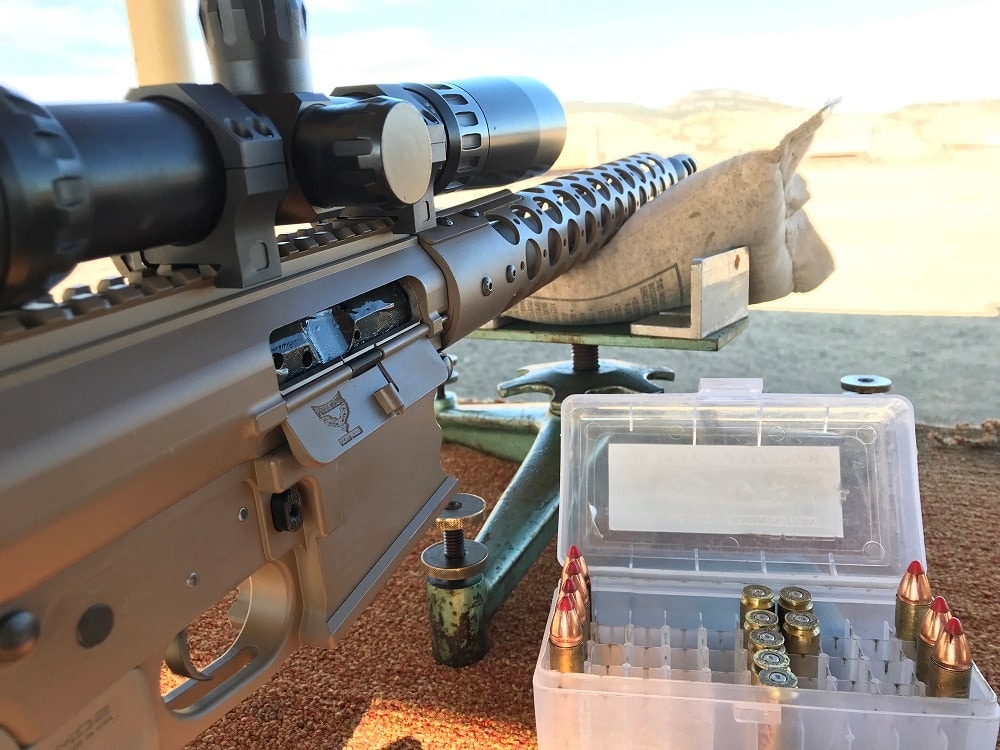 Aaron Cayce of Phoenix says the .45-70 Auto concept has been long in the making. “This gun started out as a personal project that has been languishing on the back burner for several years,” he said. “This year we had the opportunity to bring my idea to fruition, and we are very excited with the results.” 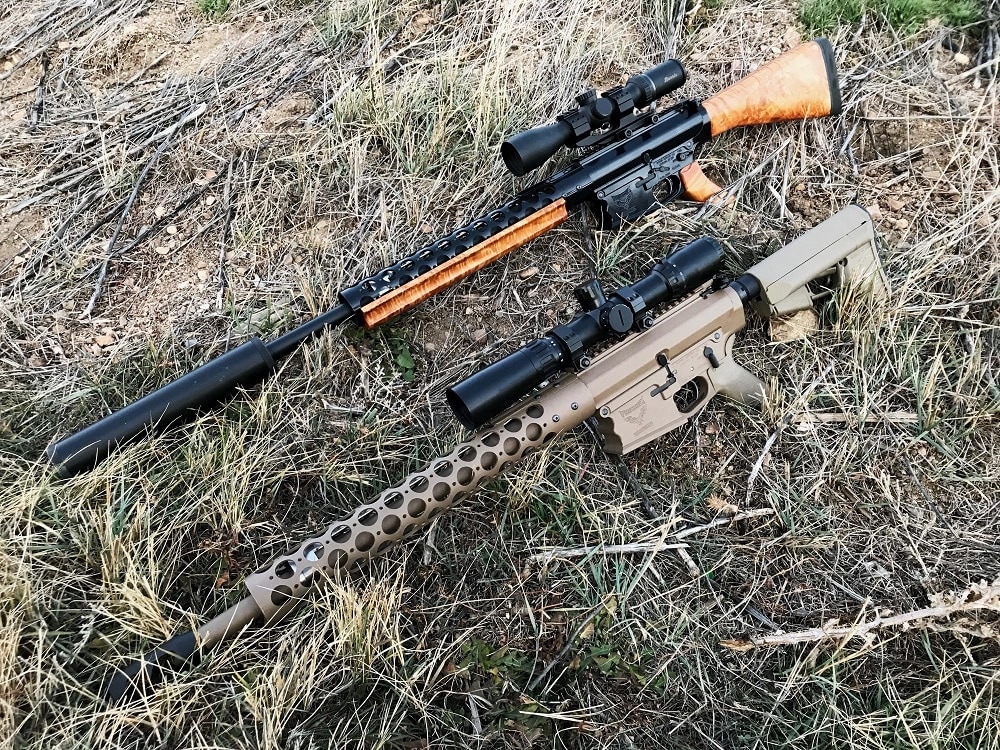 MSRP on the system is $4,800, so you have to pay to play, but Cayce says they can craft one in any configuration or finish, as exhibited by a specimen on hand with cottonwood stocks. Each rifle ships with two mags and 50 rebated cases. They also have a form cutter available for those reloaders who want to cut their own from standard .45-70 brass.