One thing about the military is that Jolly Old St. Nick always seems to know what’s up and manages to make it to the strangest places. 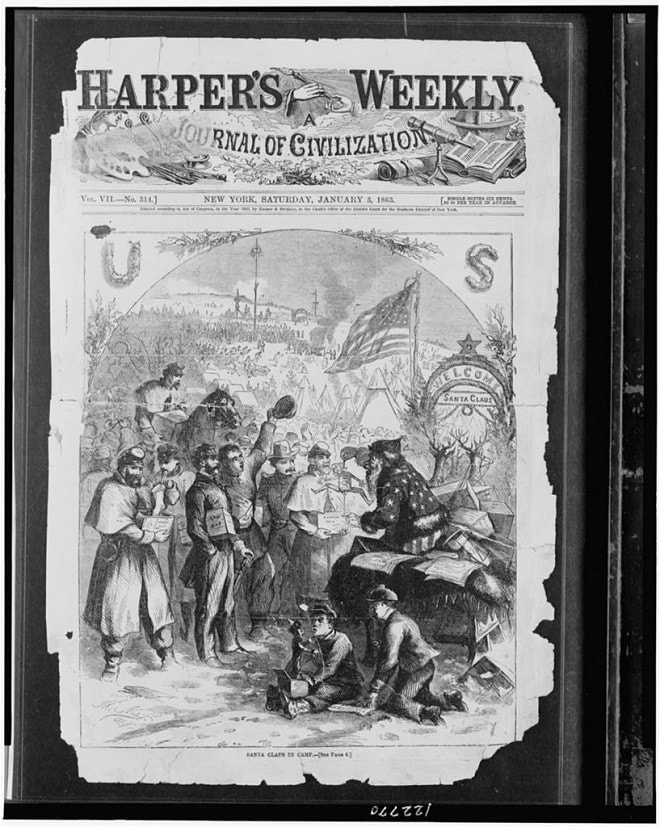 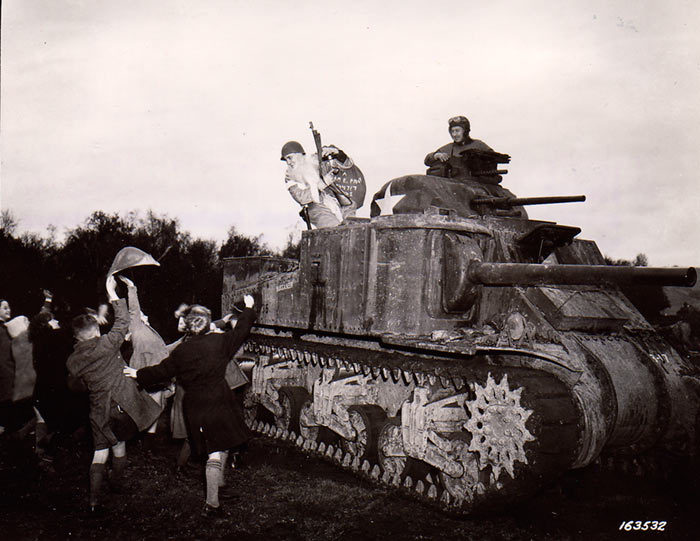 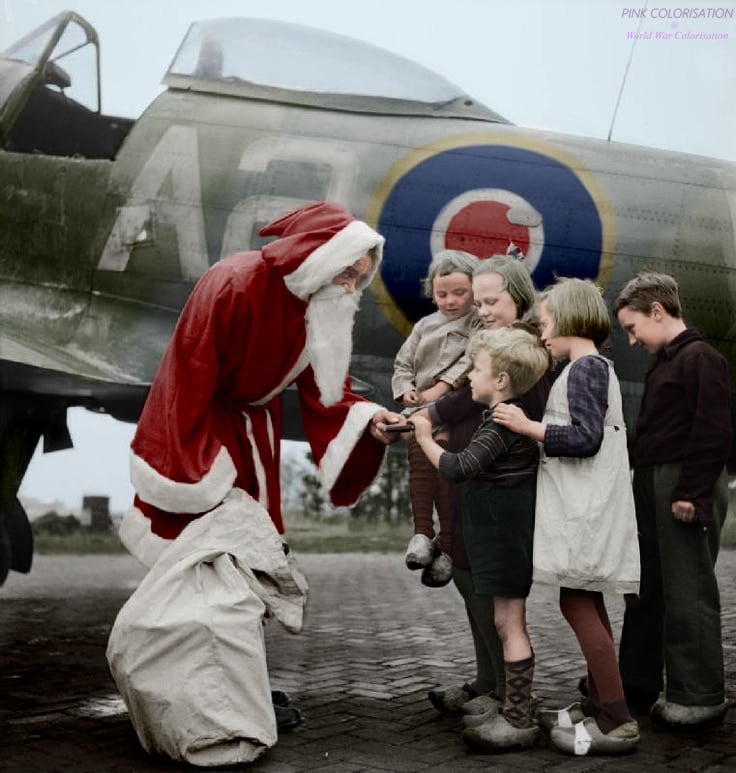 British RAF Hawker Tempest Mk.V W2-A (NV700) based at B.70 Volkel Air Base near Uden, Netherlands, bringing Santa Claus to the kids, 1944 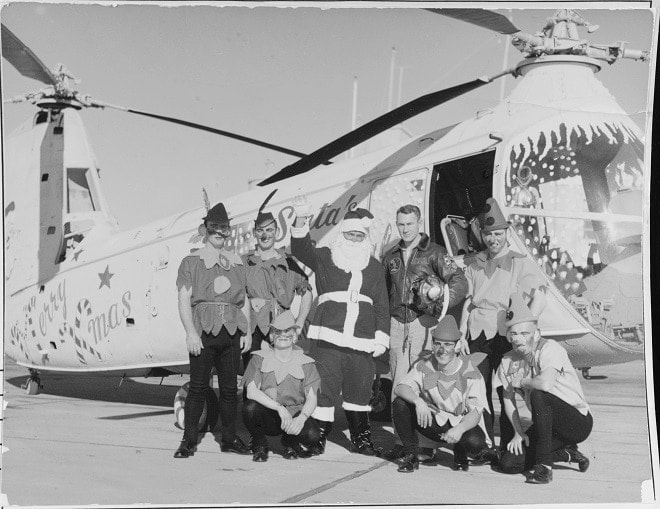 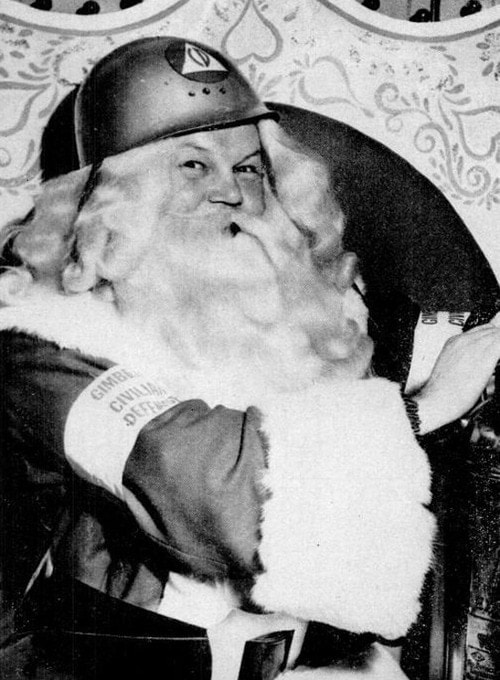 Santa back in the Duck and Cover days 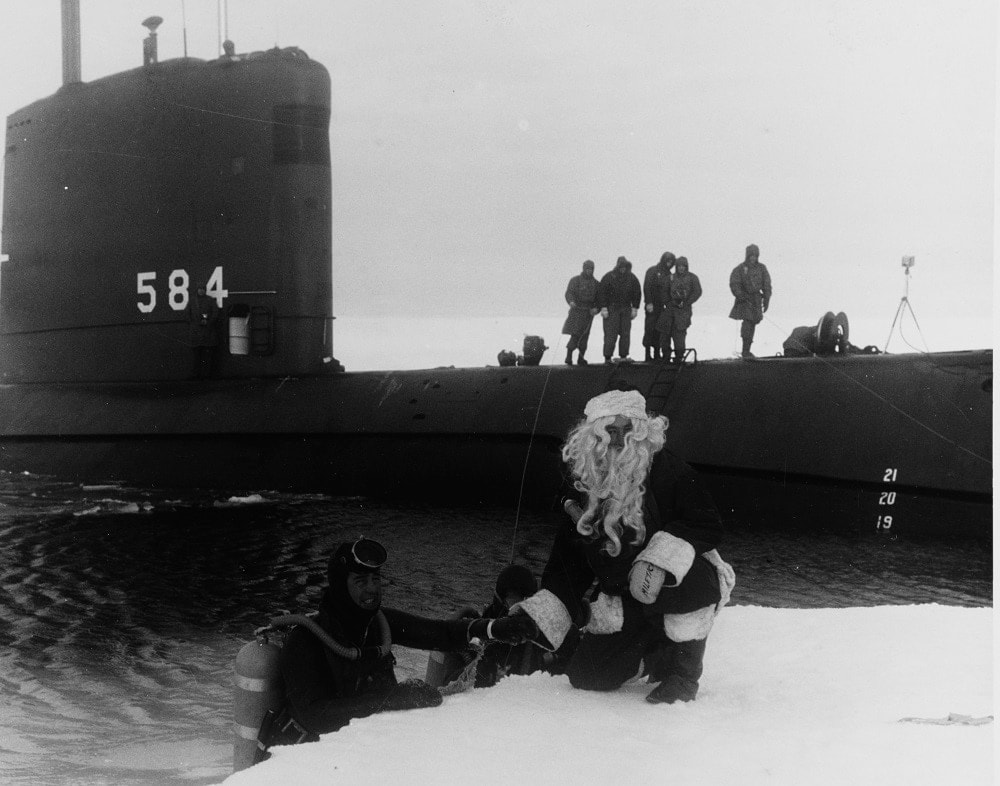 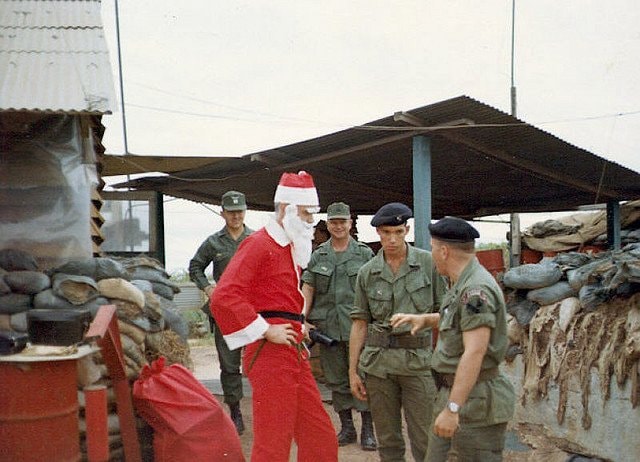 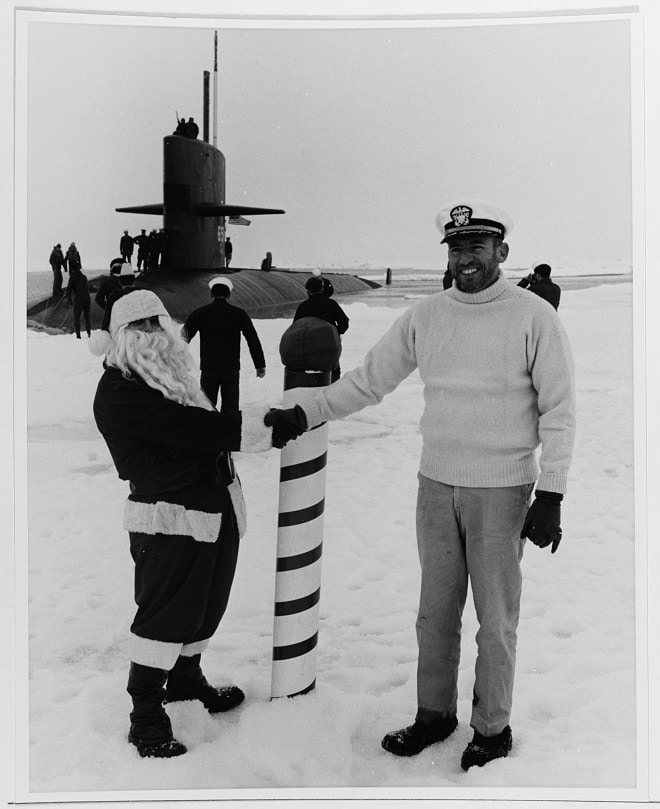 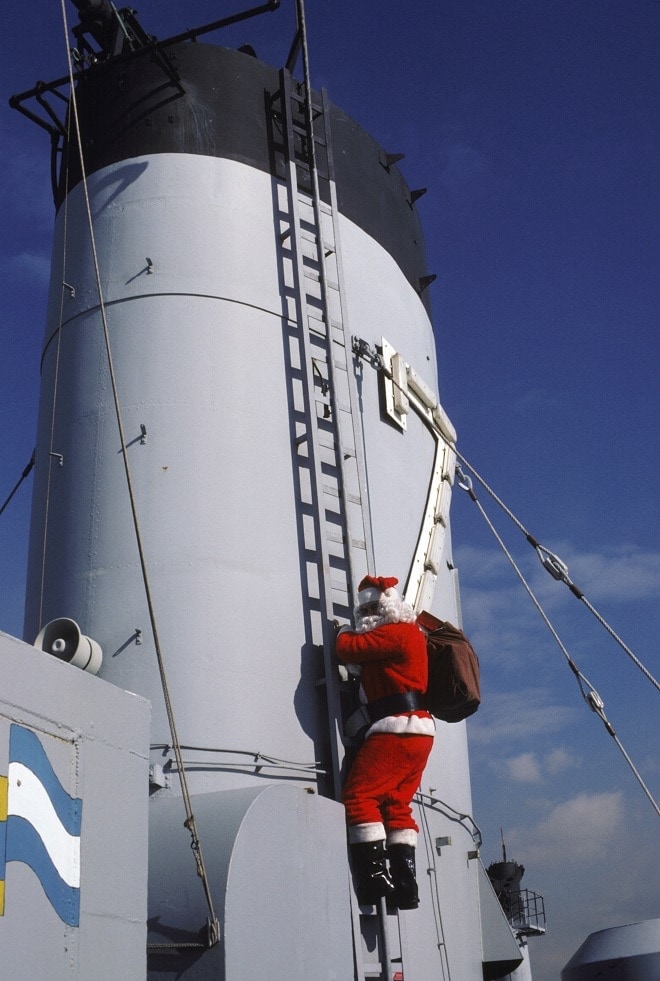 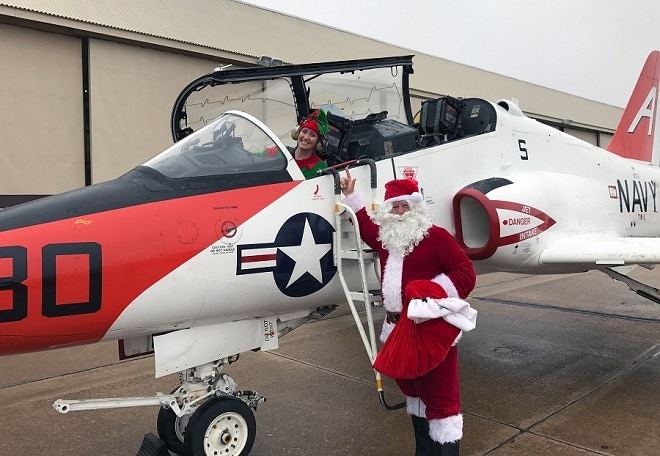 Santa Claus and an elf get out of a T-45C Goshawk during a visit to Training Air Wing One at Meridian NAS for a children’s Christmas party (Photo: U.S. Navy) 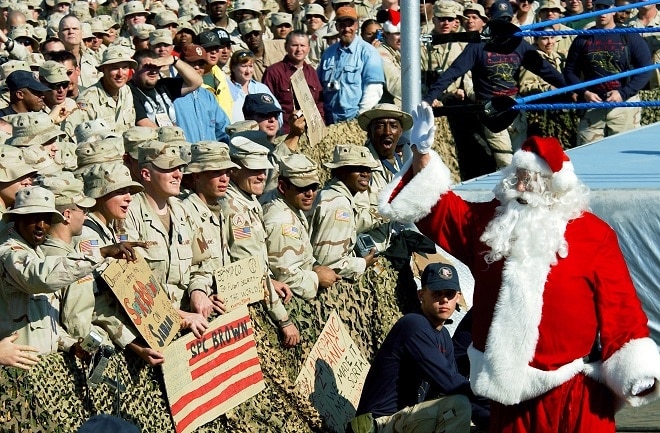 Stone Cold Steve Austin, dressed as Santa Claus, waves at the crowd of US Army Soldiers during a show at Camp Victory, Iraq, 2003 (Photo: National Archives) 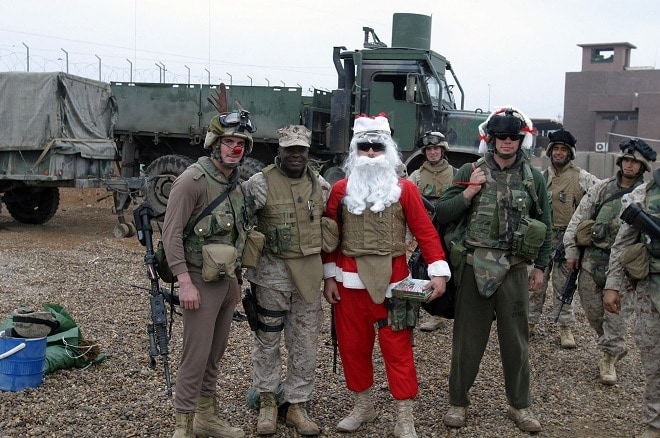 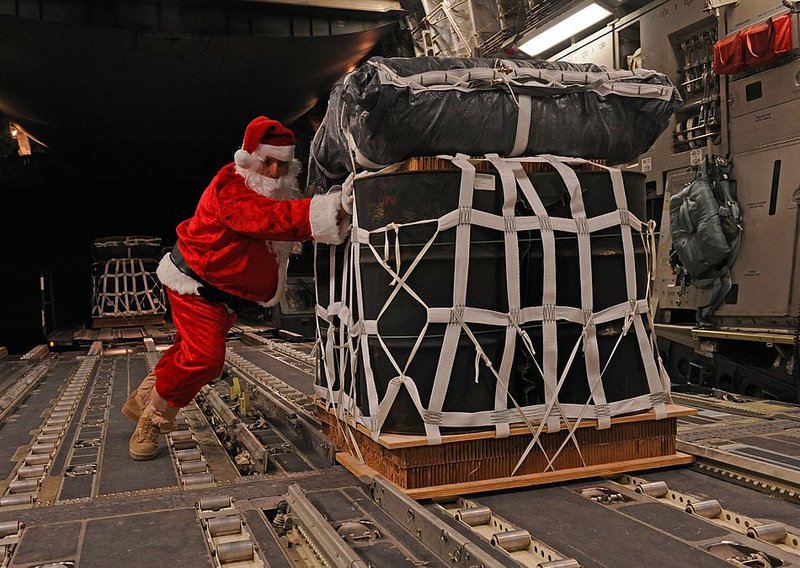 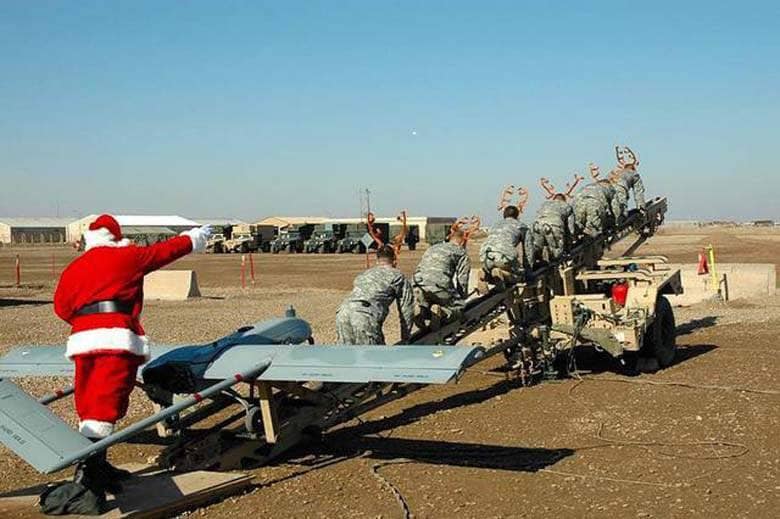 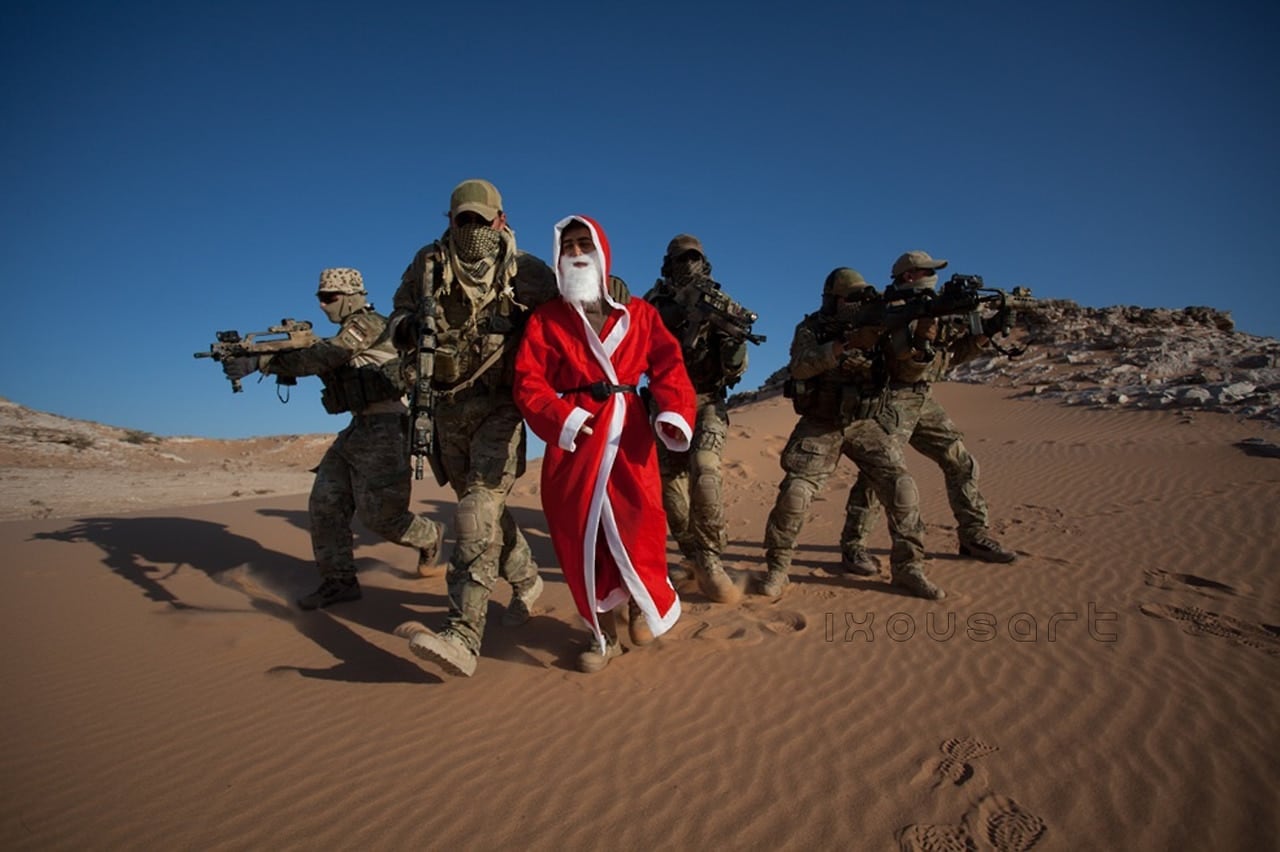 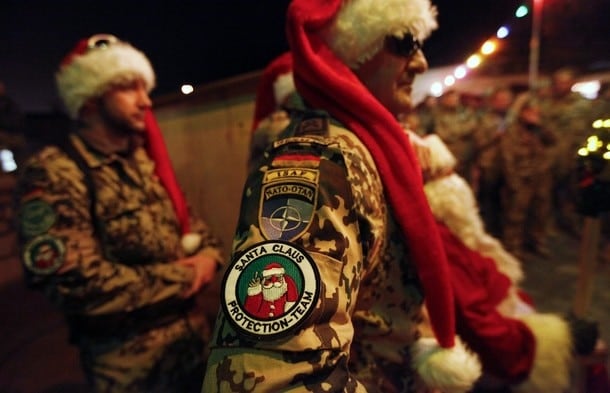 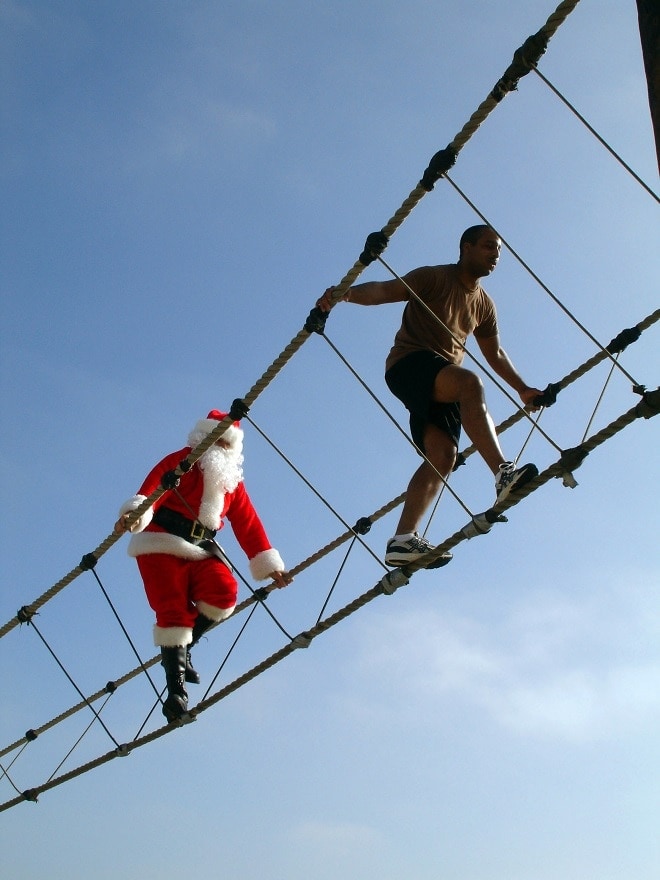 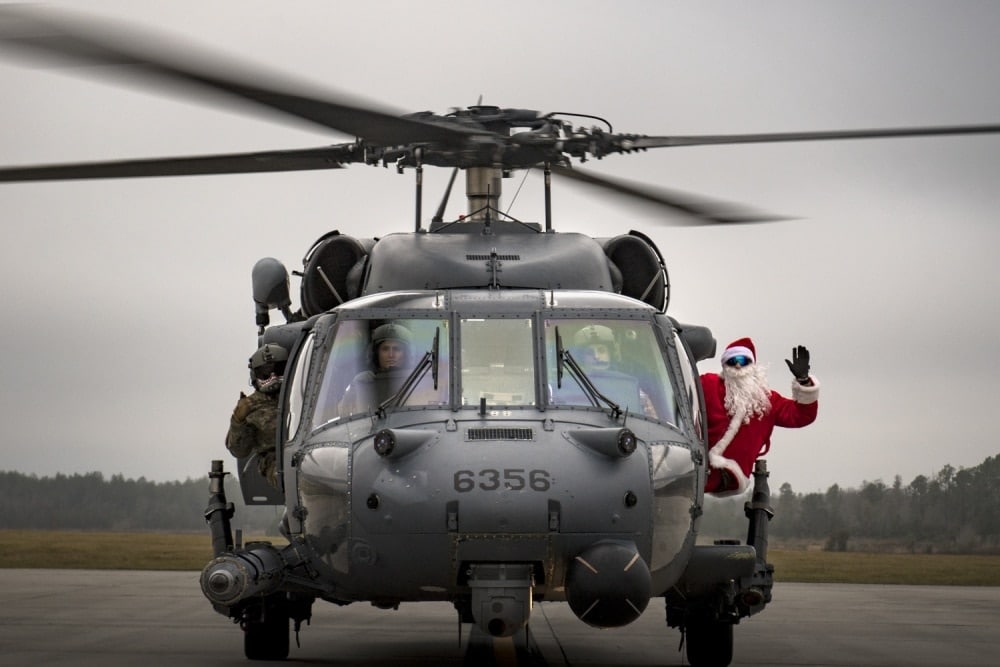 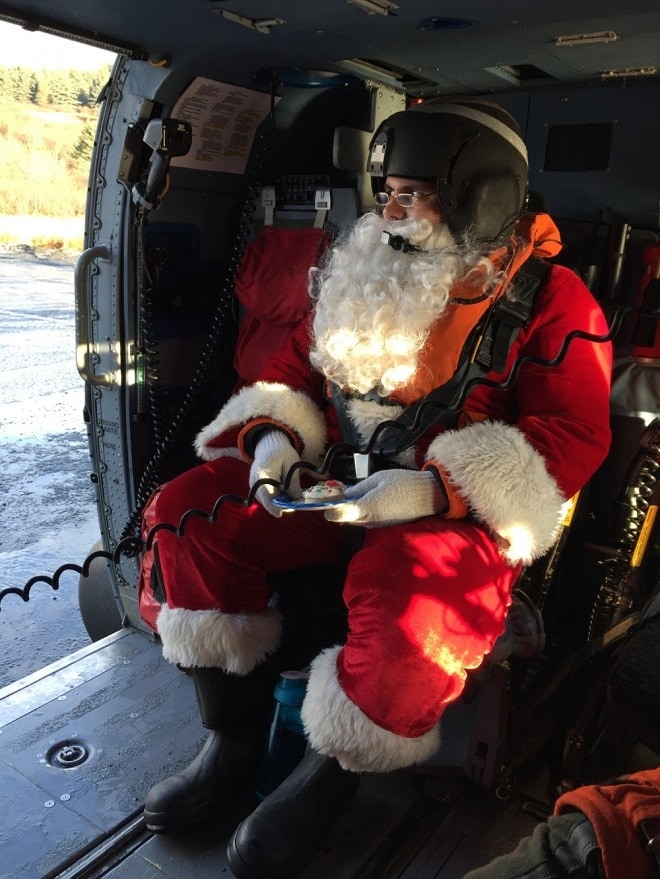 Santa Claus waits in a Coast Guard Air Station Kodiak MH-60 Jayhawk helicopter to take off to take him to the next remote Kodiak Island, Alaska, village, Dec. 5, 2017 (Photo: USCG) 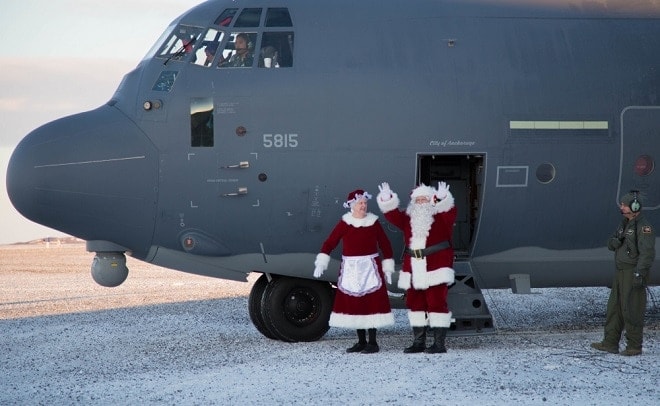 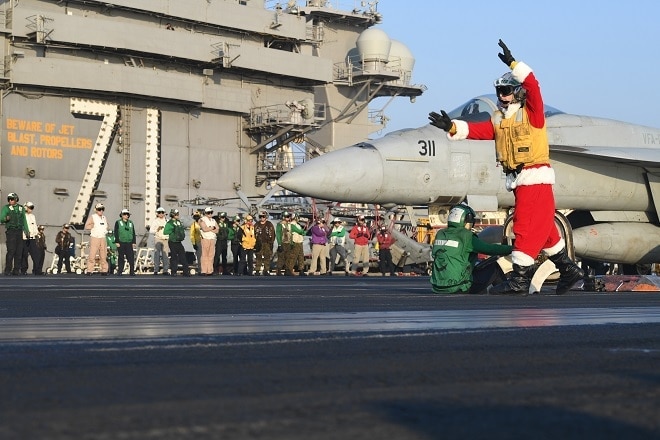