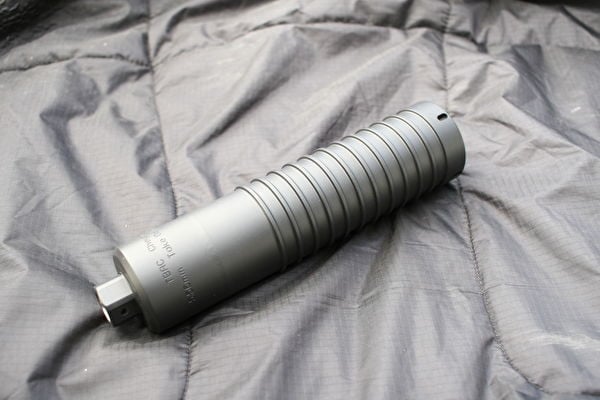 The suppressor, measuring just under 7-inches long, is capable of being fully disassembled by the user; though it packs an interesting design with its disassembly occurring from the front. The purpose of the unusual design is so that users can take down while the body is installed on an AR-15 upper or rifle.

The heat-treated stainless baffles are black nitride coated for longevity. The company reports that the can alongside a 10-inch barrel will pull off an average of 140 dB or less.

“This suppression level at the muzzle and at the shooter’s ear is made possible by specific tuning and baffle design, since a high level of muzzle suppression typically dramatically increases ejection port volume,” TBAC said in a press release.

The full-auto rated TBAC 556 Take Down will be available in early January, according to the company, with a MSRP of $495.