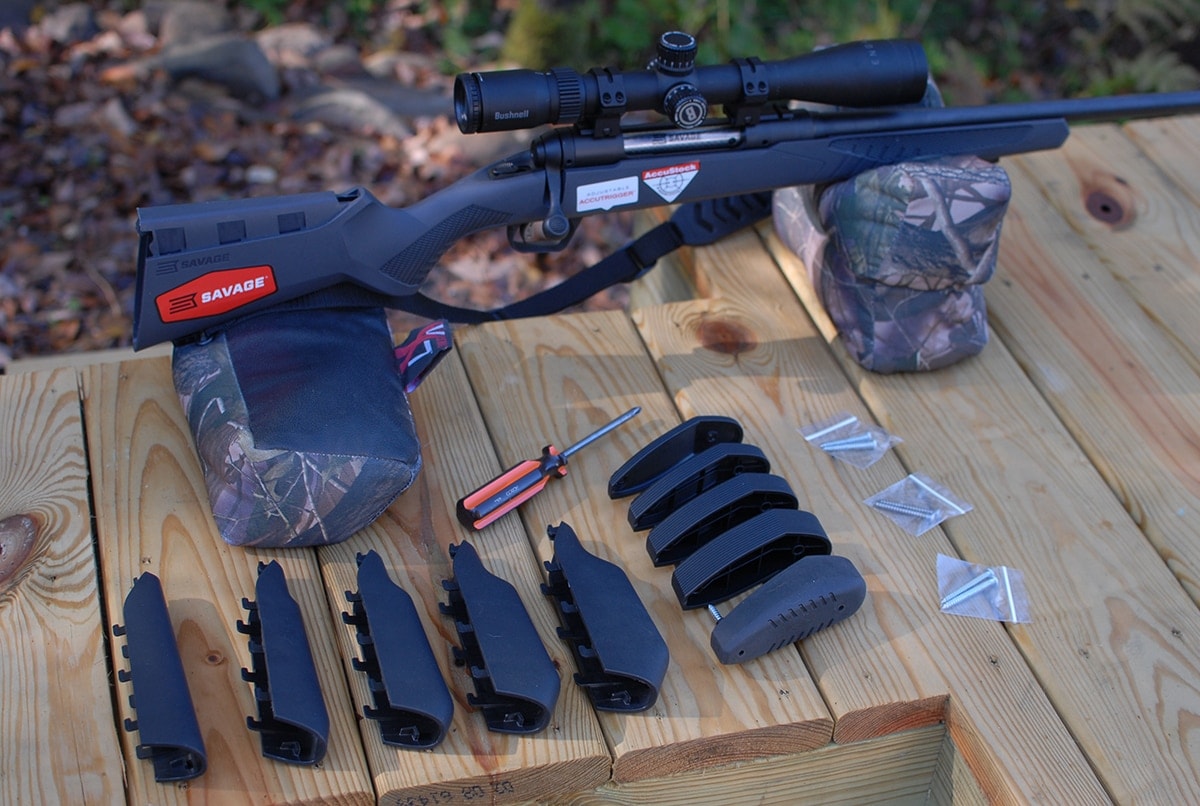 The Model 110 alongside the AccuFit system. (Photo: Savage Arms)

Though Savage Arms’ Model 110 has proven its staying power since its introduction in 1958, Savage Arms isn’t quite done with the iconic rifle unveiling new models for 2018 equipped with AccuFit.

The Model 110 AccuFit rifles are user adjustable, allowing shooters to customize a precise fit for better accuracy and more comfort. Though the Model 110 series has seen its fair share of upgrades over the years, most notably the addition of Savage’s AccuTrigger and AccuStock, the improvements for 2018 required a complete overhaul of the rifle platform.

“The conversation started with style and aesthetics,” Beth Shimanski, Savage Arms Senior Marketing Manager, said in a press release. “As we got further into the process, however, we started thinking a lot more about the individual shooter—what their unique needs are and what drives them to ultimately go to a gunsmith. That’s when we decided to really raise the bar and make the gun fit better too, and the AccuFit system was born.”

AccuFit boasts adjustable components permitting shooter to tweak both comb height and length of pull without a trip to the local gunsmith. The set-up requires only the use of a Phillips-head screwdriver. Savage Arms says comb height is “adjusted” via five riser settings in 1/8-inch increments, while LOP is adaptable using four inserts included with the rifle.

Despite the modifications, Savage says the rifle will not suffer.

“The system was engineered to maintain proper balance with the barrel, even at the highest riser setting and longest stock extension, so the rifle won’t become tail-heavy,” Shimanski explained.

Savage goes all out with the remodel, launching nine new variants of the Model 110 spanning a multitude of calibers. Options include: