IWI’s first shotgun is all bullpup but can be switched to left or right-hand operation and carries 15 shells in its trio of magazine tubes. (Photos: IWI US)

Sure, it looks like low-effort Starship Troopers cosplay, but the new Tavor shotgun has three magazine tubes and brings a lot of 12 gauge to the party.

Introduced by the Pennsylvania-based subsidiary of Israel Weapon Industries, the Tavor TS12 is the company’s first entry to the shotgun scene and Casey Flack, CEO of IWI US, says they wanted to introduce something unique to the market: a 15-shot self-loading scattergun that is just under 29-inches long overall.

“The TS12 is it; compact, easy to use and maintain, and with a large magazine capacity, it is ideal for home defense, as well as a sporting shotgun,” Flack said.

The Tavor TS12 uses a trio of 5-shot (using 2.75-inch shells) tubular magazines that automatically loads the next round in the 3-inch chamber when the mag is rotated into place. When using 3-inch shells, the capacity drops by one shell in each mag. The 18.5-inch barrel is threaded for Benelli or Beretta chokes and one is included. Weight empty is advertised as being 8 pounds. The shotgun includes a one-piece Picatinny top rail and M-Lok slots on the forward handguard. The ambi design allows the user to swap out for left or right controls and ejection.

Did we mention that it is semi-auto? While there are a growing number of bullpup 12’s out there, the options slim down when it comes to production semi-auto offerings (only the rarely-encountered Uzkon UNG-12 and the currently off-limits Norinco LA K12 Puma come to mind) which could make the TS12 a very appealing if somewhat niche gun.

Notably, due to the integrated pistol grip, the bullpup shotgun is rather tall, at just over 10-inches from the bottom of said grip to the top of the rail, and adding optics would increase that metric.

Would you like to know more? MSRP is $1,399 and the gun will be offered first in black with olive and flat dark earth models to follow.

Last November, in the announcement that IWI US was moving to a larger location to allow increased space for manufacturing and warehousing, Flack said it was for the new 7.62x51mm Tavor 7 AR and Masada pistol as well as an “exciting entry” at the time still under wraps. Looks like the wraps are off. 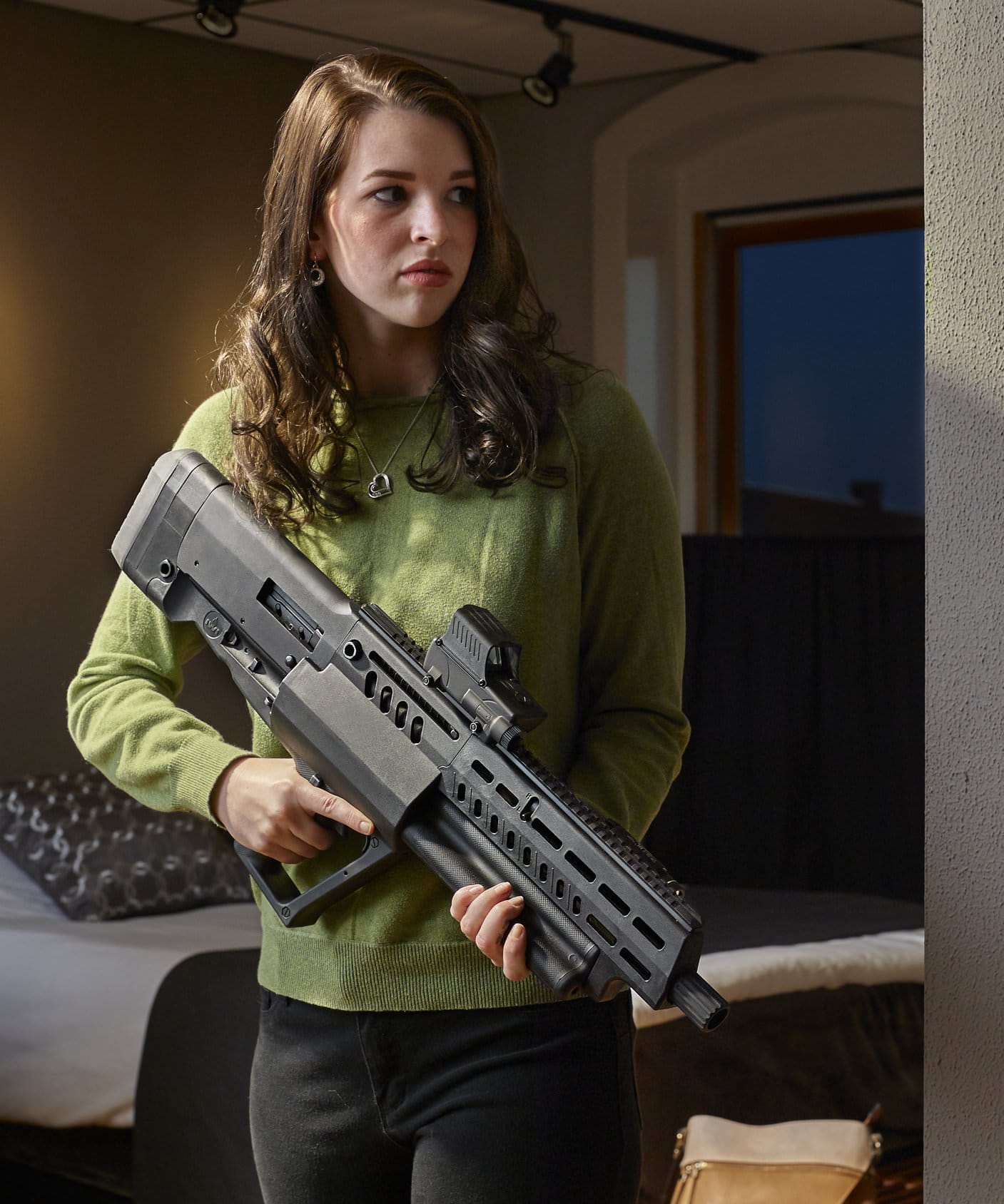