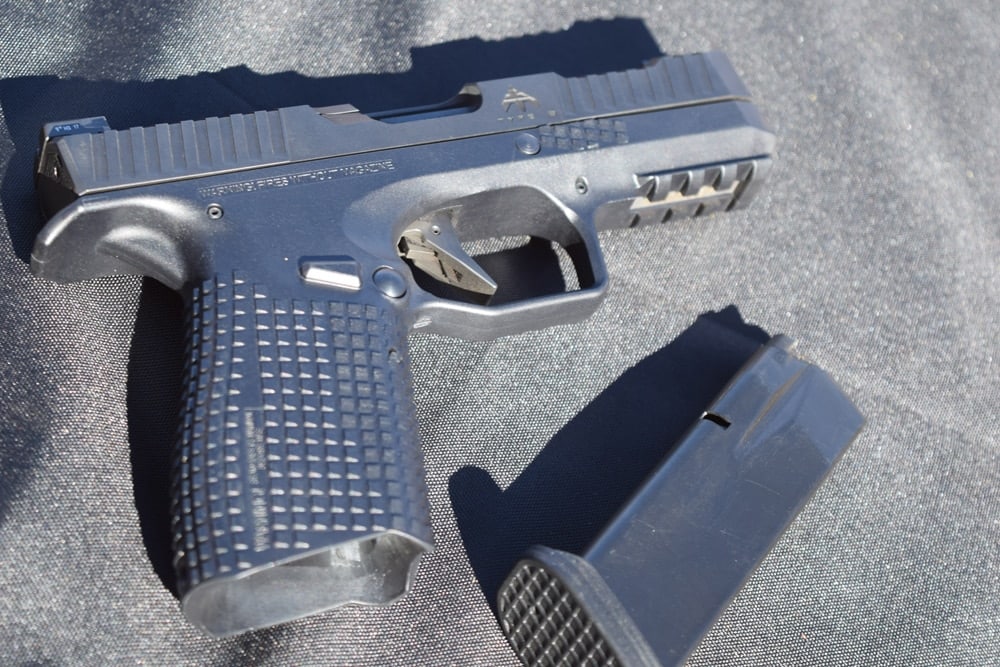 The newly formed Archon Firearms, formerly Arsenal Firearms, showed off the renewed Type B pistol during Industry Day at the Range — the kick off to the gun industry’s annual SHOT Show in Las Vegas — on Monday.

In its past life, the Type B pistol had been called “Stryk B”, but along with the company’s name change — it’s safe to assume — so did the likeness of its products. In press materials, Archon says the pistol “will reshape the industry standard by driving a new level of technology, performance, ergonomics, and reliability.”

The Type B pistol is a soft shooter and easy to control. (Photo: Daniel Terrill/Guns.com)

The Type B is a semi-automatic handgun chambered in 9mm that features splashy tacticool texturing. The handgun has grip mapping — rows of tiny cubes — that appear around the grip and where the trigger finger rests on the slide. On top of that, there are front and slide serrations on the slide and a small groove on the front of the slide. 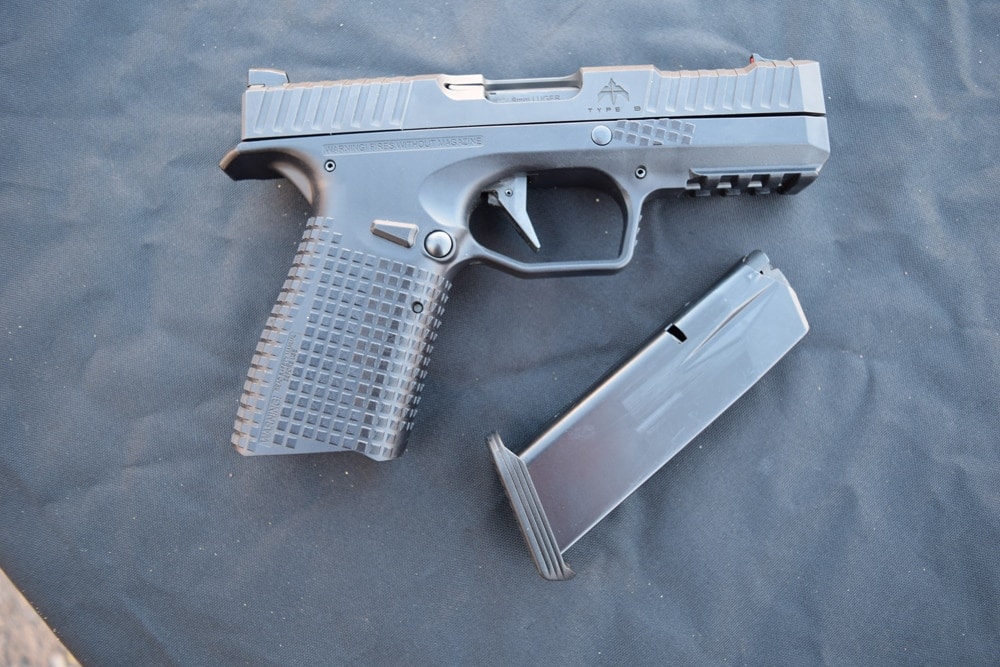 The Type B pistol is chambered for 9mm and its magazine holds 15 rounds. (Photo: Daniel Terrill/Guns.com)

For better ergonomics, the gun features a large beavertail, wide trigger guard, and a flat faced trigger and shorter reset. The Type B also features a beveled magazine well, a low bore axis to lower muzzle flip, a Picatinny rail for attachments, the gun accepts Glock sights, and it comes with four 15-round magazines. MSRP starts at $849.95.