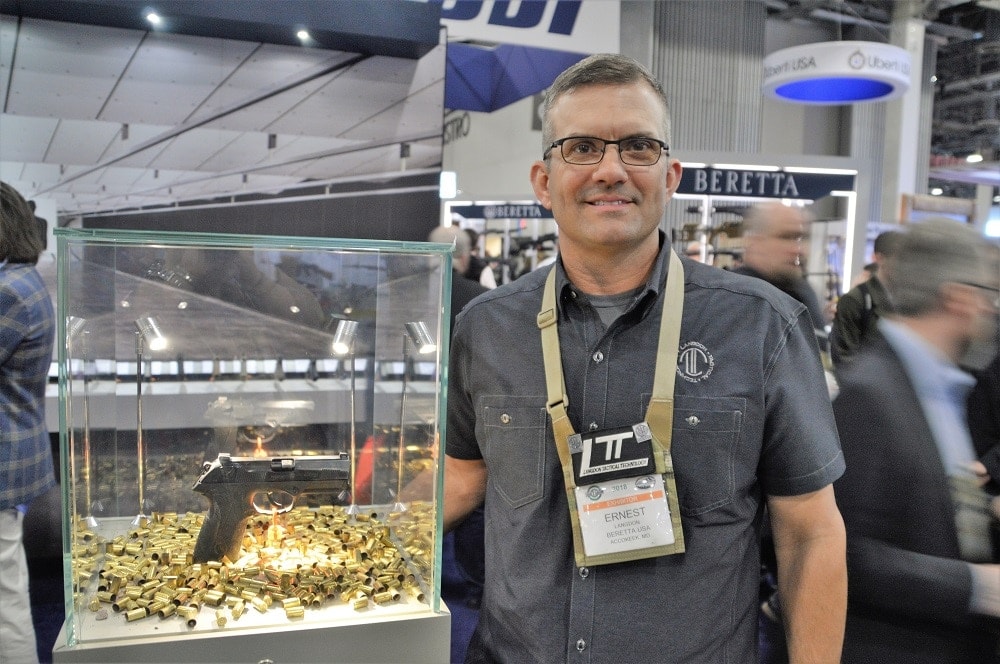 How much is 50,000 rounds? “It’s multiple lifetimes of ammo,” says Langdon, shown here with his pistol. “A hundred years’ worth.” (Photo: Chris Eger/Guns.com)

Marine, champion shooter and firearms instructor Ernest Langdon spent a year of his life running up the rounds on a Beretta 9mm that just wouldn’t die.

Showcased behind glass at the Beretta booth at the 40th annual Shooting, Hunting, Outdoor Trade show in Las Vegas this week is one gently used PX4, still in working condition after cycling through a literal pallet of ammo. Some 50,000 rounds of it to be exact.

“That’s a lot more ammo than most people realize,” Langdon, who was on hand at the company’s booth, told Guns.com on Tuesday, recounting how from last January to this one he dutifully put box after box through the handgun under all conditions — often a case or more a week — to make it to the 50K goal. 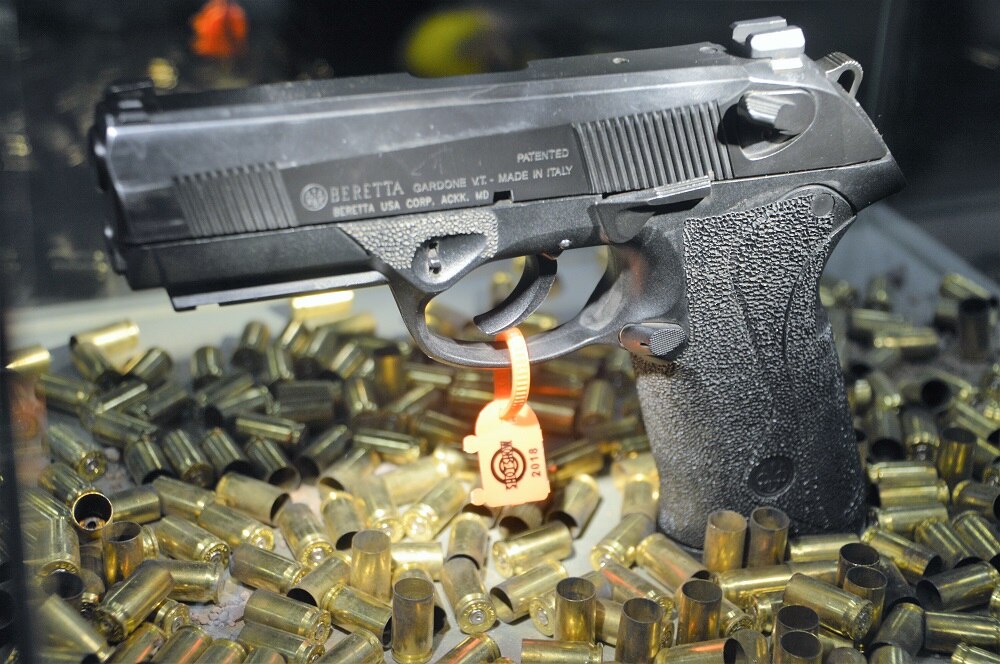 One of the team who helped guide the development of the PX4 Compact — one of which Langdon put 52,000 rounds through — the only modifications made to the specimen on display was the addition of a Wilson Combat silicon hammer spring, some stippling, and a set of AmeriGlo sights as it was a “working” gun.

Just how much is 50,000 rounds? Langdon pointed out that most law enforcement officers who use a handgun for duty will typically qualify four times per year along with a comparable amount of practice sessions, sending about 500 rounds downrange per annum. Many shoot far less. “It’s multiple lifetimes of ammo,” Langdon said. “A hundred years’ worth.”

There were a few hiccups, though. In the process of the yearlong test, Langdon encountered 12 stoppages, “some caused by me,” he points out. To keep the gun running, he replaced the recoil spring three times– once after a 20,000 round stint on the same wire. At the 44,000 round mark, the locking block broke, but after swapping out the $50 part, he was back at it. He cleaned the PX4 about two dozen times during the process, mainly to keep the Arizona moon dust from forming a lapping compound on the gun’s internals after blending with his gun lube.

Langdon also came clean that he did have some outside help during the 50K run. His wife loaded many, many magazines. SHOT Show runs through Friday, and Langdon’s still-working PX4 will be on display all week. 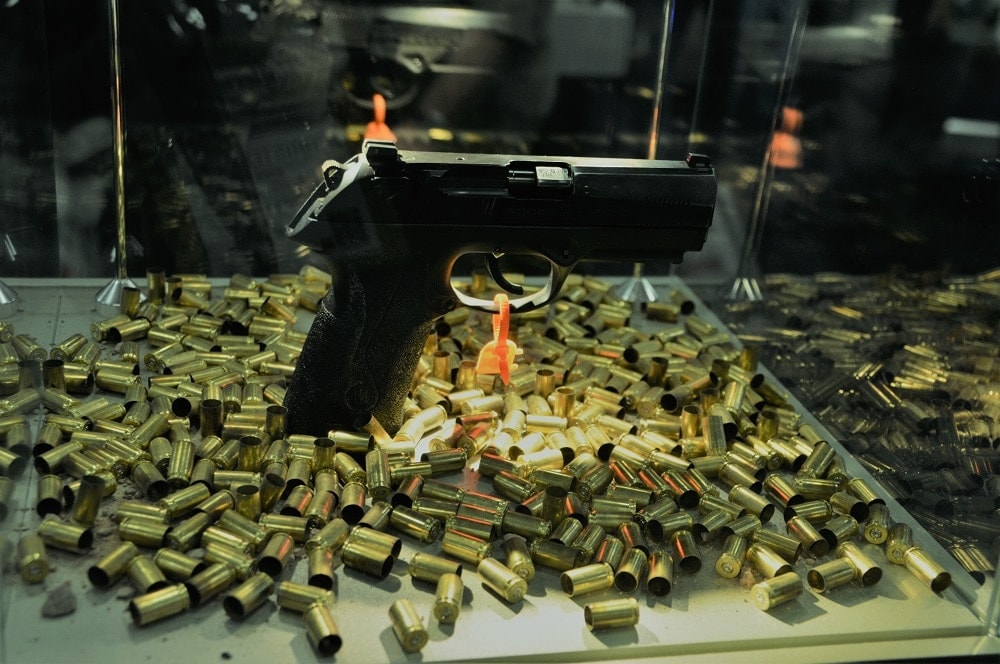